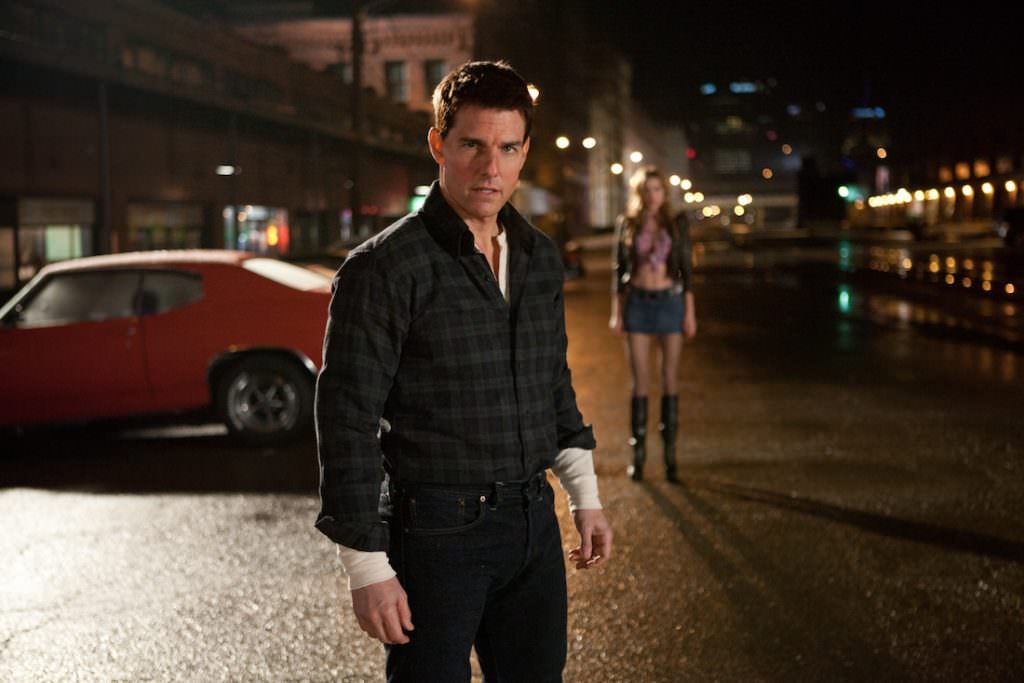 He might technically be 54, but you wouldn't know it by watching his films. If anything, the stunts and action that Tom Cruise regularly pulls off these days, from his Mission: Impossible films to Edge of Tomorrow to the most recent Jack Reacher: Never Go Back, the man seems to be getting younger as he ages. Don't take our word for it; we interviewed stunt coordinator Wade Eastwood, a man who worked with Cruise on Mission Impossible: Rogue Nation, and was more than happy to explain to us how hard Cruise works. Heck, you don't even have to take Eastwood's word for it; just watch this:

In Jack Reacher: Never Go Back, Cruise is back to his incredibly intense stunt work. Granted, he might not be hanging off the side of a plane, but make no mistake about how hard these hand-to-hand combat scenes are to film, let alone all the running, jumping, and crashing into, over and through stuff is. On October 21, you'll have a chance to watch a 54 year old man remind you that you're only as old as your willingness to do crazy things to your body is.