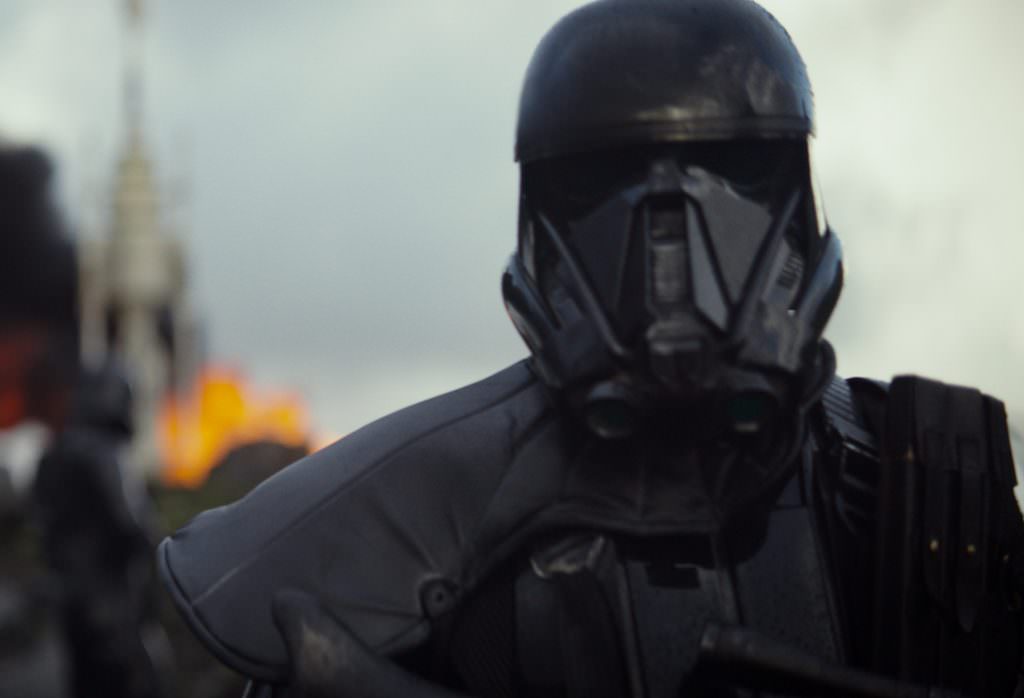 "What we found out early on is there's this really fine line of what is Star Wars," Rogue One director Gareth Edwards says during this interview with The Star Wars Show at the celebration in London, "if you just go to the left of it, you're some other sci-fi movie, like Star Trek, and if you just go to the right of it, all you're doing is copying what's been before. So to try and do something new that feels familiar, like the films we grew up with, is a real balancing act." You can say that again. Edwards spent six months trying to strike this balance in the pre-production phase, and if the new sizzle reel is any indication, he nailed it. From what we've seen, Rogue One looks very much like a Star Wars film, but with an entirely different energy and tone, closer to a terrestrial war film, mixed with aspects of a heist movie (they have to steal the Death Star plans, after all) than any of the "saga" films that have come before it.

One of the things Edwards discusses creating was the new Death Troopers, the black-clad Stormtroopers who caught the attention of fans from the very first time we caught a glimpse of them in the first trailer. Listen to how Edwards came about creating the Death Troopers in the video below, and how one crucial element to the new addition to the Empire's shock troops is that these guys can actually hit what they shoot at.