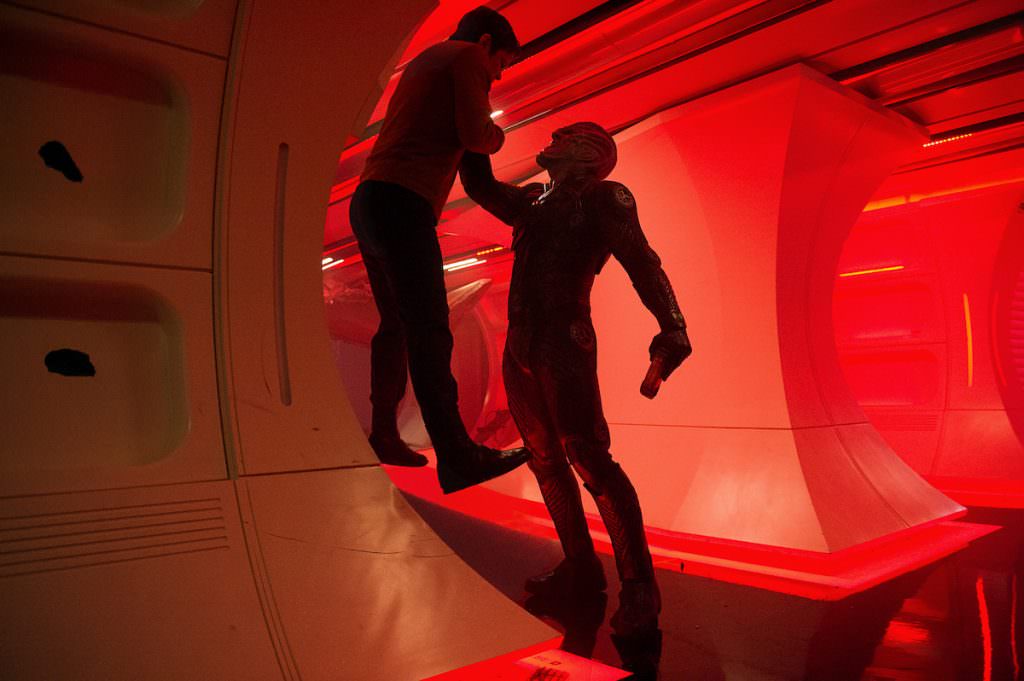 In this new Star Trek Beyond feaurette, we get to hear Idris Elba's thoughts on Krall, the film's big bad that Elba plays. Like Benedict Cumberbatch's Khan, you don't get an actor of Elba's ability to play a one-note villain. "Krall is very complex," Elba says in the featurette. "When you meet him you go, oh, there's our bad guy," but as director Justin Lin explains, Krall's there not only to torment Kirk and the crew, but he's got a very valid philosophy on why he disagrees with the Federation and their mandate.

Star Trek has long had great villains, including General Chang (a mighty Klingon), The God of Sha Ka Ree (a would-be Vulcan god who turns out to be a pretty nasty entity of some sort), the Doomsday Machine (fine, it's a machine, but it's still cool and very bad),  Q (a member of the omnipotent, immortal race called the Q Continuum who badgered the crew during Star Trek: The Next Generation), and fan-favorite Khan. We're guessing Krall will be high on the list, as he's being embodied by an actor in his prime and represents another multifaceted Trek baddie who wants to destroy the Enterprise, and the Federation, for reasons that aren't just wanton bloodlust.

Star Trek Beyond opens on July 22.