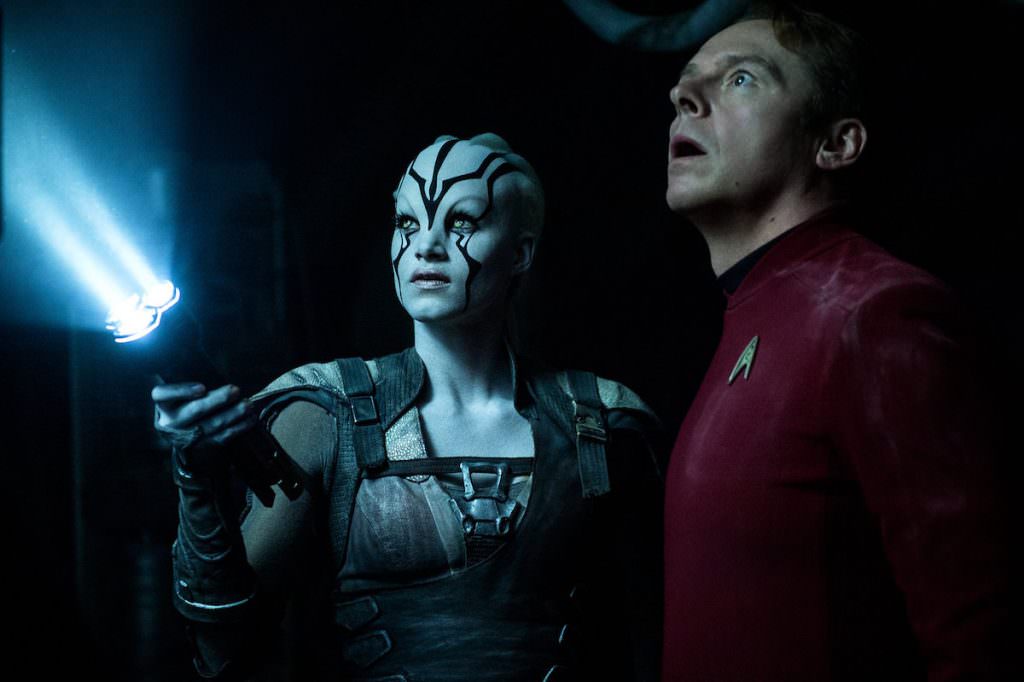 Outside of Idris Elba's Krall, the Star Trek Beyond character we're most excited about is Sofia Boutella‘s Jaylah. Boutella practically stole every scene she appeared in when she razored her way through Kingsman: The Secret Service. You remember her; she was Samuel L. Jackson's blade-legged number two, a beautiful, deadly femme fatale straight out of Edward Scissorhand's fever dream.

This clip takes place after Krall has destroyed the Enterprise (this is shown in the trailer, so no, we're not spoiling anything for you), and the crew are scattered on an unknown planet. Chief engineer Scott (Simon Pegg, who also co-wrote the film) meets Jaylah, a no-nonsense alien who has more information than she's willing to let on. Immediately you sense a bit of a connection here; Scotty's bubbly and jumpy, Jaylah's taciturn and steely. It's the mismatched buddy cop pairing of our dreams, in space!

Boutella, from Algeria, is in the midst of a moment. Not only did she slice her way through Kingsman, she's also in Universal's The Mummy reboot, playing the title monster opposite a little known actor named Tom Cruise. So that's a blade-legged femme fatale in a spy thriller, an alien in a sci-fi thriller, and a monster in a blockbuster remake—not a bad trio of roles. And we've got high hopes for her turn as Jaylah—she had us at "don't call me Scotty."