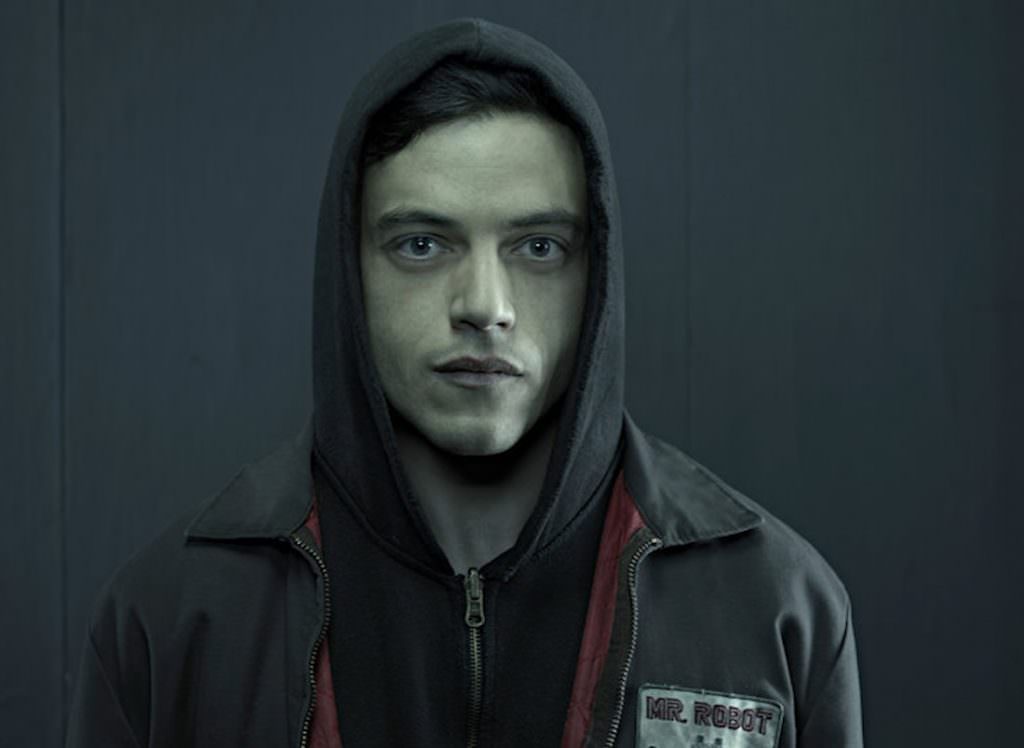 Cyber thriller Mr. Robot was one of the break-out hits of last year, and arguably the best new show on TV. With the second season premiere dropping on Wednesday, July 13, we talked to production designer Matt Munn about making coding come to life, trying to show the real New York and working on Girls.

What were the initial discussions and inspirations you had to develop the look of Mr. Robot?

It being a New York-based show, a lot of the initial conversations with [creator] Sam [Esmail] and myself were about how we wanted to capture a very realistic look for the city. Realism was a big talking point early on.

Rather than that romanticized version of New York that is often presented in films and TV?

Exactly, yes. I think it was not only in just the setting in New York, but also in the world of cyber security and hacking. Trying to be as realistic as possible in the way we depicted Elliot's hacking and all that kind of stuff.

What did you do to get that realism? What sort of research did you do?

In the world of the cyber security and the hacking, it was a lot of research into what cyber security firms look like. And I'm not the most computer savvy person.

It's a tool that I use on a daily basis for drafting, and I use the internet on a daily basis for research and all that kind of stuff, but I'm don't know the first thing about writing code and the specifics of that world, which was obviously a huge part of what Elliot's life is and something that we wanted to make sure we depicted realistically, even down to the mundane aspect of it. Writing code is not necessarily the most cinematic and amazing looking thing, but we tried to find the ways in which the reality of it was intriguing and could draw a viewer into Elliot's story. There was a lot of heavy graphics and we talked about the ways in which we could show screens, whether it be tight close-ups or basically so tight on a screen you see individual pixels. We decided we would not try to make it flashier than it is, but at the same time show why it is such an intriguing thing.

Right, you can't just have someone sitting there coding. You need to make it visually interesting.

You want to see it the way Elliot sees it: he sees through it and it has a life in a way for him. It wouldn't if you're just standing there looking at it, watching it happen.

It felt like there was a bit of an American Psycho vibe to Evil Corp and Martin Wallström’s character. What sort of influences did you have there?

It was a little bit of playing it off of the F-Society world, which was darker, grittier. But at the same time what I liked about the F-society set, that was the Coney Island arcade, was the ability to play with a lot of pop-y color and light and movement. The first couple times he goes to the arcade, you have flashing lights and games flashing but also you have lots of reds and oranges and yellows, pop-y colors that exist in that world, whereas the world of Evil Corp, especially what we see in the pilot is so much that falls into light and dark, shade and shadow. In that board room, with big glass and steel high rise, corporate office building. Once you're up there with a bunch of guys in black and grey suits and big glass windows, everything falls into black and white in a weird way and all the colors falls away. It's nice to kind of play those two things off of each other a little bit.

It was a clever idea to have the F-society headquarters in such a vibrant location because you imagine hackers to be in a dingy basement somewhere without those influences color-wise.

Yes. It was a very ingenious move to have them be in this place. It's also has a nostalgic feel: the arcade and the fun and games of the arcade.

How authentic is it? Did you go back and find original games etc?

We did. Yes. We shot that on location. Video games have progressed drastically since I remember going to the arcade and playing Pac Man and Space Invaders. We definitely wanted to go back and get the look of the old boxy arcade games and the way they're set up in an arcade, in rows where you play back to back with other people. That kind of stuff. We really wanted to go back and capture that vibe of the arcade. We basically resourced and found a lot of old games and old shelves that we could make into our own version of games and that kind of thing.

What were some of the challenges you faced in creating the Mr. Robot world? Was there anything that took a while to puzzle out how you were going to resolve it?

The bigger challenges were the normal challenges of production, which is pulling things off in time and all that good stuff. One of the locations that was very specific that we scouted for quite a bit was the All Safe offices. Trying to find the right vibe: I don't want to say stiff corporate, but it is definitely a stiffer world than Elliot and his night life. In a way, it's almost like it mediates a bit between the hyper-corporate world of Evil Corp and the grungy, gritty version of F-Society. Sort of like Elliott and his day job. It's finding the right look to a space that was going to be cinematically interesting, but also had some color to it because you wouldn't want everything to fall off the color spectrum. The specific location and scouting for that took awhile, but I was really happy with the space that we found.

Where was the space that you found?

The location was in Midtown, on the west side on 3rd Avenue.

You've worked extensively on Girls as well, so you're pretty in tune with finding New York locations and filming in that environment. What were some of the things that you learned from Girls that you brought to Mr. Robot?

Obviously, working on Girls provides me an opportunity to get to know locations in New York and that I always find helpful whenever I come onto a show that is set in New York.

You have that language already?

The catalog of locations, and the language, and places you've seen and sort of a visual idea of what they're going for. Where Girls is all Williamsburg, Greenpoint bars, it shows a side of New York that although is evident in Mr. Robot, there is a whole other New York in Mr. Robot that is different from Girls. I develop a bit of a language, a visual style, and I'm not a native New Yorker. I grew up in Tennessee. I’ve lived here for almost 12 years, but like every job I do, and Girls is definitely one of those, I feel like I learn a little bit more about the city and about the way the city looks.

There are so many sides to New York and it must be interesting visually to be able to show such different sides?

Definitely. Even in Mr. Robot, you go from corporate high rise life all the way down into Coney Island, which sometimes feels like you're in two different worlds altogether. You would be shocked that you're in the same city. It's such a big city and there are so many layers and strata to it that it's actually kind of fun to be on a job like that, that lets you open a window into a few of them.