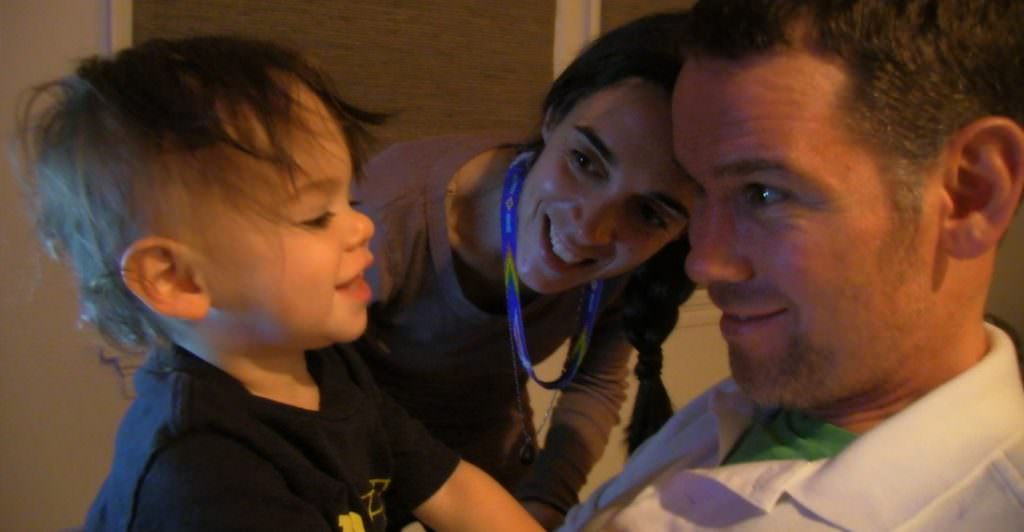 Inspired by the Late Muhammad Ali, Gleason Doc Maker Captures an Athlete and His Disease

Documentary maker Clay Tweel first saw Steve Gleason on TV in 2005 when the feisty New Orleans Saints defensive back blocked a punt to win the team's first post-Katrina home game. Nine years later while promoting his film Print the Legend at the 2014 Sundance Film Festival, Tweel saw Gleason on screen again but this time, the former athlete faced the camera from the confines of a wheelchair. The clip documented the ravages of neuromuscular disease ALS and reduced Tweel to tears.

"Steve's story hit me pretty hard in two ways," says Tweel, whose Gleason documentary opens July 29. "My oldest sister has MS so I've always had neurological disorders on my mind in that way. And for 30 years, my dad was Muhammed Ali's lawyer. I got to know Ali and his wife Lonnie very well and looked up to them my entire life so when I became aware of Steve and his wife Michel, I immediately saw parallels. Here was a chance for me tell a story about a sports figure who, like Ali, was living for something larger than himself."

A few days after viewing the clip, Tweel flew to New Orleans and auditioned his directorial vision for Gleason, his family and their friends. "At that point, Steve used eye tracking technology to speak through his Microsoft tablet. When I got there, he typed out 'Hey dude watch this' and put on this uncut footage of a scene where he visits a faith healer. My mouth dropped and I was like 'Holy cow, that’s intense.'"

Gleason's wife Michel proved just as compelling. "Michel's documentary gold in that she has no filter," Tweel notes. "Michel has no problem telling you how she really feels."

Unlike his previous documentaries, Tweel already had 1,300 hours of footage in the can when he started work on the project. For two years, Gleason's friends David Lee and Ty Minton-Small had been using Sony and Canon mini-DV cameras to shoot fly-on-the-wall footage encompassing doctors visits, public celebrations and domestic quarrels. Tweel explains, "Ty and David basically became part of the family, care-taking with Steve, helping Michel out, and babysitting their son Rivers. They really embedded themselves, which is why all their vérité footage feels so intimate as we see Steve and Michel going through both the highs and the lows."

To arrive at his 110-minute final cut, Tweel spent five months in the editing suite with co-editor Brian Palmer, Minton-Small, and Lee. First, they cataloged the mountain of material. Then, teaming with producers Seth Gordon and Mary Rohlich, the filmmakers prioritized. "We watched every stitch of footage and narrowed it down to about fifty hours of thematic sequences because the secret sauce to making documentaries is organization," says Tweel. "You need to have everything at your fingertips so if you say, 'I need a shot of Michel laughing here,' you know where to find it."

Tweel structured Gleason as an unflinching chronology tracking the disease's devastating progression as experienced from the athlete's point of view. "We take the audience on an emotional journey through a strict timeline of when things are happening to Steve. Suddenly he can't walk and they have to adjust to a wheelchair for the next few months. Then Steve loses the ability to chew and has to get a feeding tube. From the beginning, Steve wanted to show the day to day realities of the disease."

To balance out the setbacks, Tweel interspersed Gleason with lighter moments. Pearl Jam, Michel's acerbic wise cracks and Gleason's self-deprecating charm go a long way in make all the medical adversity palatable. Tweel explains, "We want the audience to feel what it's like to be in the room with Steve's family, who are very funny and fun loving people."

When Gleason debuted at Sundance this January, audiences got swept up in the athlete's harrowing survival story. Tears were shed, emotions vented.  "Some people might shy away from terminal illness as subject matter but Steve's a warrior poet and I hope his story inspires people to lead purposeful lives. I realize that's a big theme to tackle but I think Gleason deals with it in ways that resonate for everybody."