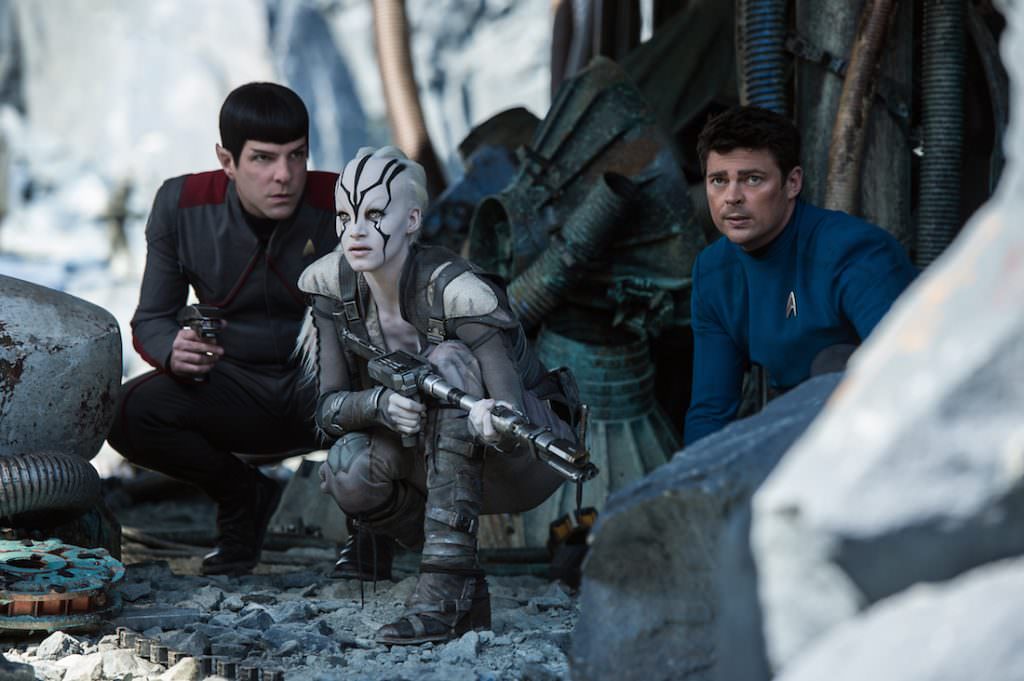 You could just hold off and wait for Star Trek Beyond to blast off in theaters this Friday, July 22, and not watch this fourth and final trailer, as there does appear to be some shots from the third act you might prefer to see for the first time on the big screen. As we wrote yesterday, the early buzz for Beyond is very good, as critics have lavished director Justin Lin's film with praise for it's action, character development and intrigue. Newcomers Idris Elba, as Krall, and Sofia Boutella, as Jaylah, have also earned praise. It seems all systems are a go for the latest installment of the rebooted Star Trek to score big with audiences, so, why see anymore than you have to?

Still here? Okay, we couldn't resist either. The final trailer leans heavily on Lin's deft touch with action, showcasing the film's breathless pacing during those smash and bang scenes. While the film's earned plaudits for how well those action sequences work, one of the biggest coups for this new franchise is how well the cast works. By now we've come to know and love the new Kirk (Chris Pine), Spock (Zachary Quinto), Chekov (the late Anton Yelchin, who the film is devoted to), Scotty (Simon Pegg, doing double duty as the co-screenwriter), Sulu (John Cho), Bones (Karl Urban), and Lieutenant Uhura (Zoe Saldana). Seeing them interact, in good times (there are a few) and bad (there are plenty) has been the chief pleasure of these new films.

Beyond looks to do big business this Friday.