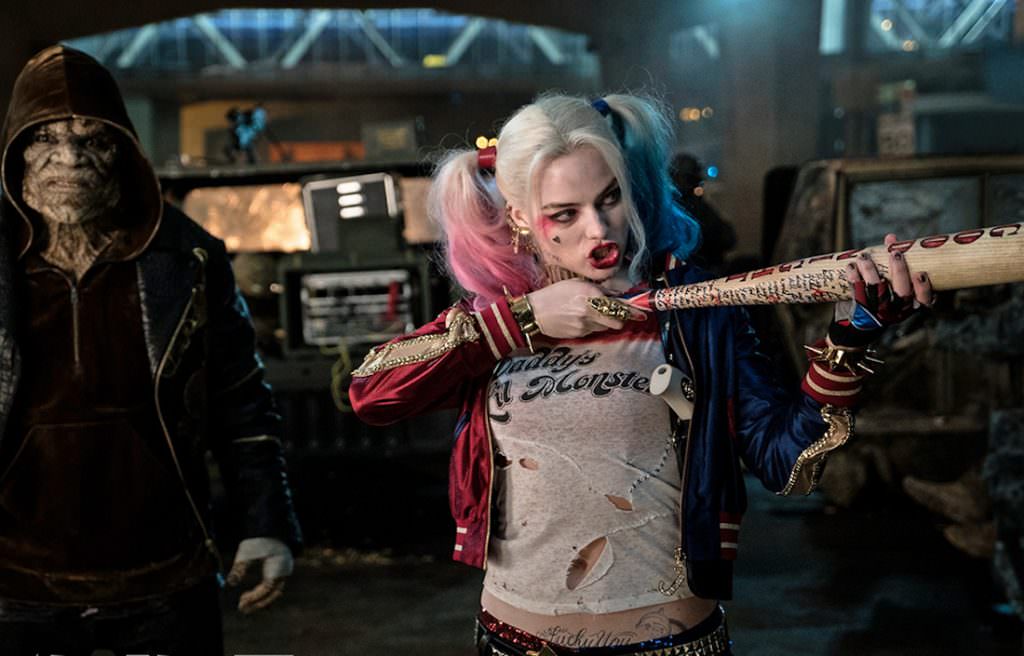 Short of excitement over just how crazy Jared Leto's going to take The Joker in Suicide Squad, no character has popped more in all the teasers, trailers and clips than Margot Robbie's Harley Quinn. It seems likely that director David Ayer knew what he had in Robbie once he began production, as it was fairly early on in post that he began talking about the importance of Harley Quinn's role in the film. Granted, he wrote the screenplay and likely made Quinn a central character in the ensemble, but you get the feeling that Robbie's performance was such that he edged he just a little bit closer to a proper starring role. In a film that also stars Will Smith as deadshot, and the aforementioned Leto as everyone's favorite villain, Robbie has created a tonof the buzz for the film all by herself.

Robbie had an interesting method for deciding Quinn's feelings on her fellow lunatics. As she told Screenrant, "Whenever little scenes between them happen, I just write in the corner of my [script] page what I think about them. At the beginning I decided how she feels about each character. For some reason I think she really likes Killer Croc and looks at him like a teddy bear. She looks at him and says “I love him.” And I think she thinks that Diablo is the coolest one because he has the coolest super power."

Yet as good as the ensemble looks, it's no surprise that Robbie's the one featured in this new promo for the film. The conceit is simple; Robbie's undergoing a little "set therapy" session, discussing her anxieties about the upcoming film. Only, about halfway through, her native Australian accent gives way to Harley Quinn's infamous Brooklyn accent, and you realize just how much fun Robbie must have had playing the socoipathic Quinn.