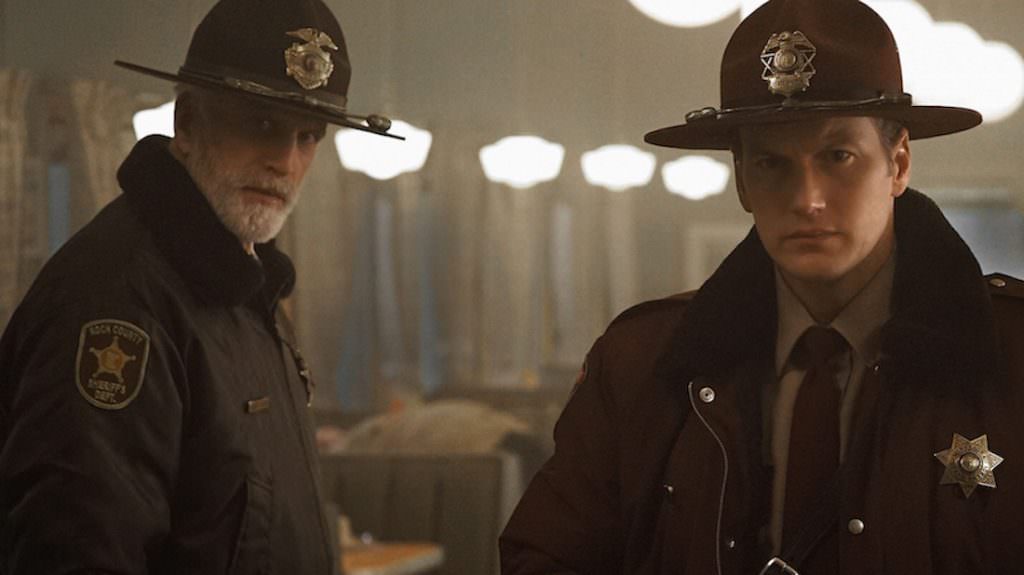 Coming off 18 Emmy nominations and three wins in 2014, Fargo posed a frosty challenge to production designer Warren Alan Young as he tackled the limited series' second season. (They announce the nominees for this year’s Emmy Awards at 11:30 a.m. EST.) For the show, set in wintry 1979 Minnesota and filmed in Calgary, Young needed to conjure period-perfect storefronts, kitchens, cars and diners tailored precisely to creator Noah Hawley’s prairie noir vision. "Noah wanted us to create a world that looked, sounded and smelled exactly as if you were living in Luverne, Minnesota in 1979," says Young. "I had to look for the things that people in this part of the country during that time would have found in their homes and schools and offices."

To figure out exactly what those things were, Young scoured Flickr for amateur photos uploaded by nostalgic users, pored through musty Sears catalogs and perused his collection of 800 design books including All-American Ads of the 70s. "It's an amazing collection of ads that includes the dates they ran," says Young, noting that Fargo’s in-house graphics team referenced the book to populate the show with custom-fabricated consumer products. "Kirsten Dunst's character Peggy works in a beauty parlor so all the bottles of hair products that you see on the shelves, we designed," he says. "TV dinners, canned food, box of bandages, facial tissue — our graphics team designed the packaging for every product you see in the show."

"Our prop master Justin Onofriechuk searched all of North America to find someone who could make the proper beer cans for us because beer cans back then, beer cans had smaller hole," Young says. "The average viewer may not notice each of these individual details, but the texture and tone created by all these layers helps create a cohesive image that supports the story."

Young teamed with cinematographer Dana Gonzales to color-code color the show's two warring factions in contrasting hues. Scenes set in Luverne, Minnesota took their cues from the hyper-saturated images produced in the 1970s by street photographer William Eggleston.  Young says, "Eggleston's photographs were a huge resource for us in terms of the oranges, yellows and greens that we used for Peggy and Ed's house, Lou's house, the hair salon and main street."

By contrast, the Sioux Falls, Idaho ranch occupied by ruthless crime family matriarch Floyd Gerhardt (Jean Smart) borrows its muted look from American painter Andrew Wyeth. "Wyeth's work is very stark, often times set in winter, with images of dead birds and hand-milled tools. We took that as inspiration for the Gerhardt family, where you see lots of greys and muted blues." To underscore the Gerhardt's German heritage, Young also invented a family crest based on Nordic heraldry and furnished the house with taxidermied porcupine and birds of prey. "All of that really gives you an idea of what these people are about." 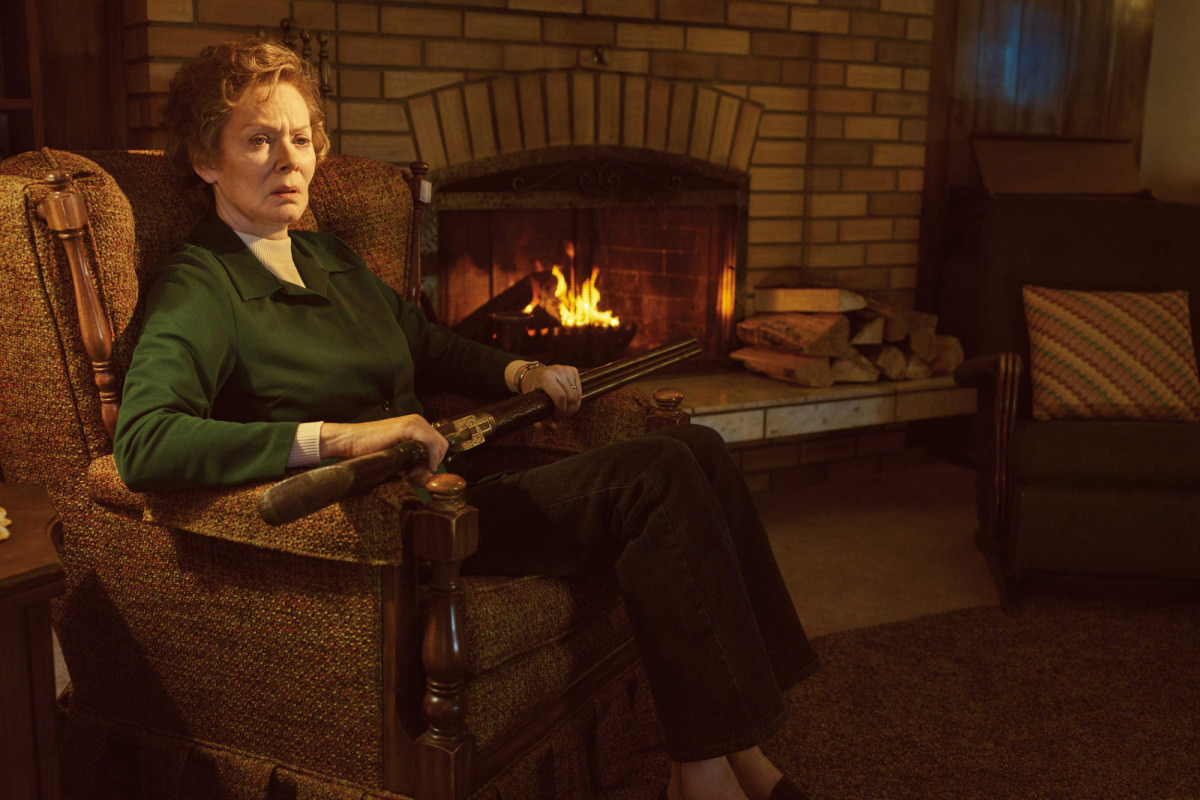 Young took a "You are what you drive" approach to transportation when he and "Picture Car" wrangler Glen Hughes assembled a fleet of vintage automobiles reflecting the personalities of their owners. Peggy, for example, drives the historically accident-prone Chevrolet Corvair when she absent-mindedly runs over a small-time hood. Hapless typewriter entrepreneur Skip (Mike Bradecich) prides himself on owning a Gremlin, much ridiculed during its brief existence. And murderous Dodd Gerhardt (Jeffrey Donovan) drives an enormous Lincoln Mark V Coupe scaled to his family's brutal ambitions. "We wanted the cars to feel like they really belonged to each character," explains Young. "We put Skip in a Gremlin because the car was made from parts borrowed from other companies and doomed from the beginning. Skip's the eternal optimist who believes his typewriter store is really going to take off and he has same feeling about this car. But they're both doomed for failure."

Season 2 Fargo effectively begins at the Waffle Hut, where the placid diner abruptly turns into a bloody crime scene. Young failed to find an existing restaurant in Calgary that met his criteria so he built a new one from scratch. "The challenge there was to not make the Waffle Hut too flashy," says Young, who referenced Minnesota Eats Out and Counter Culture: The American Coffee Shop Waitress. He then scoured the web and found  "hero" diners in Indiana, Minnesota, Georgia and Missouri. "Designing something mundane is one of the hardest things to do. We needed to make the Waffle Hut so it has some charm but also feels like just another roadside restaurant that you'd stop at somewhere along the way."

Young obsessed over everything from Peggy's wallpaper to a mid-century meat locker from Virginia that was trucked to Calgary as backdrop for small town butcher Ed (Jesse Plemons). "We decided the butcher shop Ed worked in opened in the 1950s so the equipment in there needed to be from the fifties," Young matter of factly explains. "I design because I love creating imaginary environments. Because of screen time considerations, there's a lot of things to say that you can't afford to put into dialogue. My hope is that everything comes together in the minds of the audience so that when you watch Fargo, it just feels right."