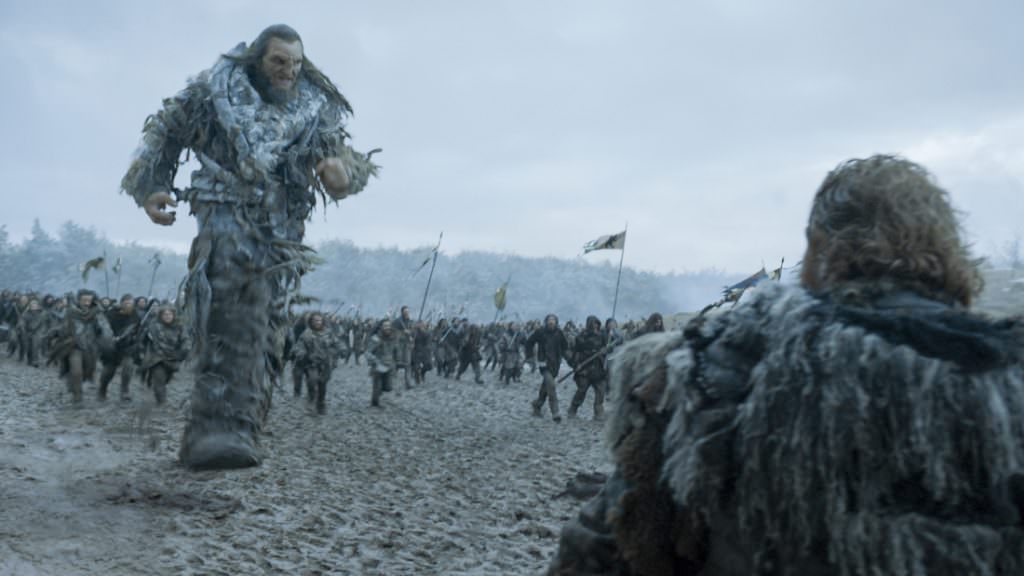 Yup, This Sunday’s Game of Thrones is Going to be Huge

You know what's coming on this Sunday's Game of Thrones—the Battle of the Bastards. We've been waiting for this all season. In fact, while we didn't know it would be Jon Snow who would lead the charge, we've been waiting for Ramsay Bolton to have face someone, anyone in an actual fight (and no, Yara Greyjoy and her small band of soldiers who tried to free Theon from Ramsay's cage don't count—that was a search and rescue mission).

Now, we could share with you the photos that HBO has made available on their media site, but we know that just about all of you would rather see the episode fresh without having a single image revealed (although, yes, the featured image in this post is from this Sunday's episode). We have embedded their minute-long preview for the episode below, but it's not like you have to watch it. There's no spoiling, however, the fact that the Battle of the Bastards is coming—you know it, we know it, the whole world (who watches GoT) knows it, too. And frankly, it's time. Ramsay has been the show's resident sociopath for a long time, now. There's nothing more we need to see from him to know that yes, he's pure evil. Of course GoT loves to upend expectations, and Ramsay and the Bolton army could very well prevail against Jon Snow and the various forces he, Sansa and Davos have amassed (here's to hoping that the Lady of Bear Island's 62 men can fight like hell). But the idea of Jon Snow being resurrected in episode two only to be killed again in episode nine feels…unnatural. Yes, even more unnatural than the resurrection itself.

"I've fought beyond the wall against worse than Ramsay Bolton," Jon Snow says in the preview below. "You don't know him," Sansa replies, the emotion in her voice palpable. (By the way, Sophie Turner has absolutely crushed her role—from a cosseted princess to an emotionally and physically wounded, revenged minded grown woman, Sansa's become one of the most compelling characters on the show, and along with Arya, the one easiest to root for.) Jon's got the wildlings, include the giant Wun Weng Wun. Ramsay has a much larger army. Jon's got deeply emotional reasons for wanting, nay, needing to come out victorious (defending his sister, freeing his brother Rickon, staying alive to fight the real threat—the White Walkers). Ramsay has his insanity, and his need to remain the King of the North, and his whole insatiable blood lust thing.

Who will win the Battle of the Bastards? The outcome will likely decide the fate of the entire realm.