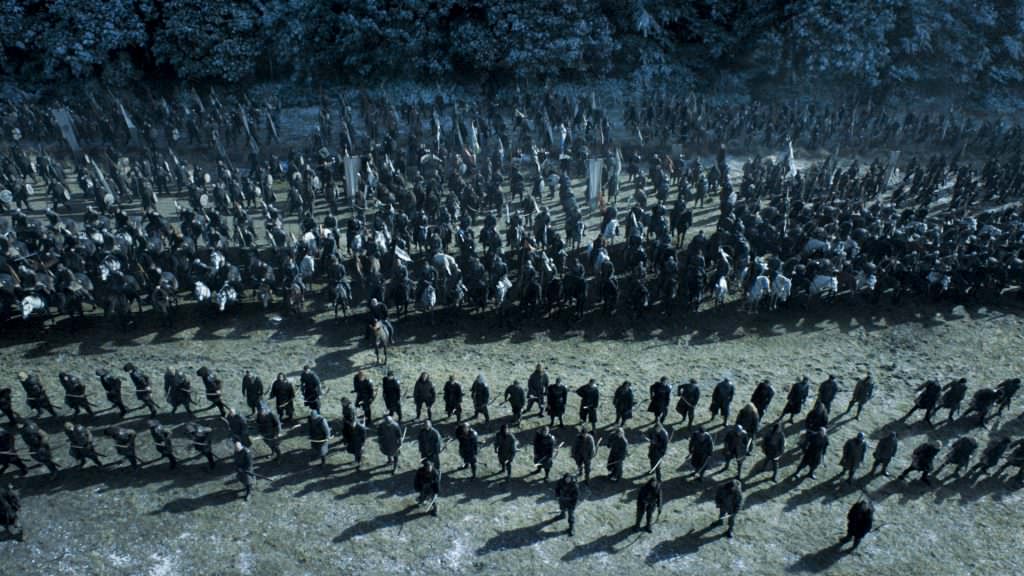 Sunday’s Game of Thrones Episode: By the Numbers

It’s almost that time, Game of Thrones fans. The penultimate episode of each season is always a treat (or not, if you like your characters alive and happy), and this Sunday we get to watch Jon Snow face off with Ramsay in what should be an epic battle over Winterfell (read a bit more about the Battle of the Bastards here). It might be the most anticipated episode of season six, but HBO’s synopsis – “Terms of surrender are rejected and accepted” – was as short, sweet and terrifying as fans of the show have come to expect.

Entertainment Weekly laid out a list of what exactly went into making Sunday’s episode. While no one can say how many characters will walk away from the battle unscathed, it’s worth noting the behind-the-scenes numbers: “Battle of the Bastards” took over three weeks of filming, 600 crew members, 500 extras for the armies (don’t worry, thanks to visual effects it looks like there’s thousands), 160 tons of gravel to make life easier for the 70 horses on set, four camera crews and probably an enormous amount of money.

Check out a chilling preview of the episode below, and make sure to free your schedule Sunday at 10 p.m. for an episode you won’t want to miss (or at least set your DVR, if you’re in the difficult position of loving Thrones and the NBA finals).