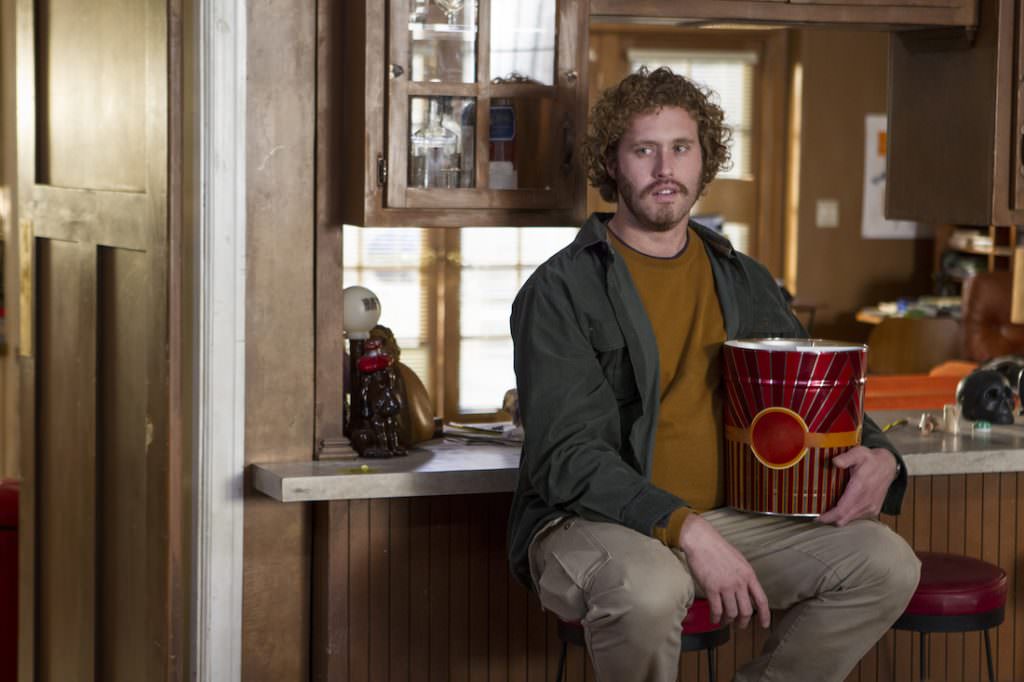 It was just last Friday when we shared this video of Silicon Valley's TJ Miller's hilarious riffs on how old "Action" Jake Barker is (Stephen Tobolowsky). Miller's star has been slowly rising for a while now, beginning in 2008’s Cloverfield, finally reaching a point in the firmament where people really started to take notice once landed on Silicon Valley. He recently played Weasel in February's smash hit Deadpool, where among other memorable lines he compared Wade Wilson (Ryan Reynolds) post-surgery as looking like "an avocado that had sex with an older, more disgusting avocado." Now, The Hollywood Reporter has it that Miller has landed a role in Steven Spielberg's Ready Player One, an adaptation of Ernest Cline's best-selling novel. Miller will play an obnoxious online troll called i-R0k, a pest who badgers the main character in the forums for the huge virtual world where much of the action in Ready Player One goes down. Miller joins Tye Sheridan, Olivia Cooke, Simon Pegg, Ben Mendelsohn, and Mark Rylance.

Ready Player One is set in 2044, and stars teenager Wade Watts (Sheridan) whose only source of joy is when he connects to the massive virtual utopia called OASIS. Watts spends most of his time trying to figure out the puzzles hidden inside this virtual world, puzzles based "on their creator’s obsession with the pop culture of decades past and that promise massive power and fortune to whoever can unlock them," as the boiler plate goes. "But when Wade stumbles upon the first clue, he finds himself beset by players willing to kill to take this ultimate prize. The race is on, and if Wade’s going to survive, he’ll have to win – and confront the real world he’s been so desperate to escape."

As an virtual nuisance who dogs Watts with putdowns, Miller couldn't be more suited for the role. Here's a reminder of why: