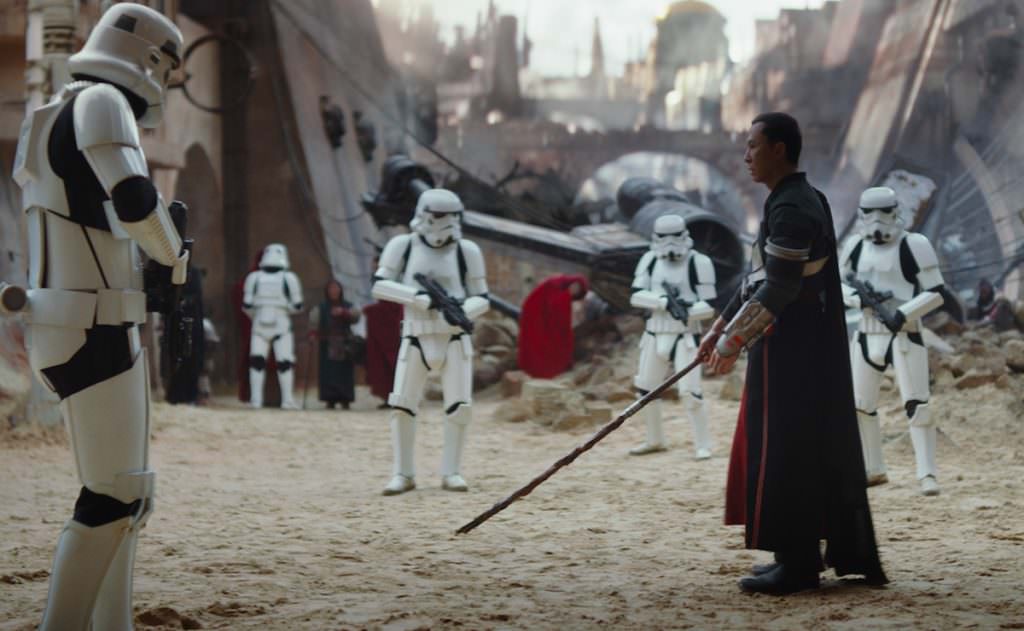 Should Rogue One Have a Classic Star Wars Crawl?

The big Rogue One cover story in this week's Entertainment Weekly has given us plenty of definitive details about first "non-saga" Star Wars film ever, meaning it doesn't center on the Skywalker clan. The juiciest reveal thus far was the confirmation that everybody's favorite Sith Lord, the one and only Darth Vader, will indeed be in the film. What's more, the great James Earl Jones will return to give the hulking Vader his glorious baritone voice.

One piece of news from the story that caught our attention is something the filmmakers and Lucasfilm president Kathleen Kennedy have not decided upon; whether or not Rogue One will begin with the classic Star Wars crawl that has started all seven of the saga films. Because Rogue One is the first film that doesn't concern itself directly with a Skywalker storyline, it alleviates the need to open with a crawl. This is a heist film about a group of rebels, lead by Felicity Jones' Jyn Erso, stealing the plans for the Death Star. It could conceivably start with a cold open, or any number of ways, staking it's claim that this is not your father's Star Wars film.

Kennedy had this to say to EW: “We talk about that all the time. It’s something that we’re right in the midst of discussing even now, so I don’t want to say definitively what we’re doing. The crawl and some of those elements live so specifically within the ‘saga’ films that we are having a lot of discussion about what will define the [stand-alone] Star Wars Stories separate and apart from the saga films. So we’re right in the middle of talking about that.”

So what do you think? Should Rogue One go rogue and open without the crawl? Or, despite this film being outside of the Skywalker saga, do you think it should stick with the crawl?