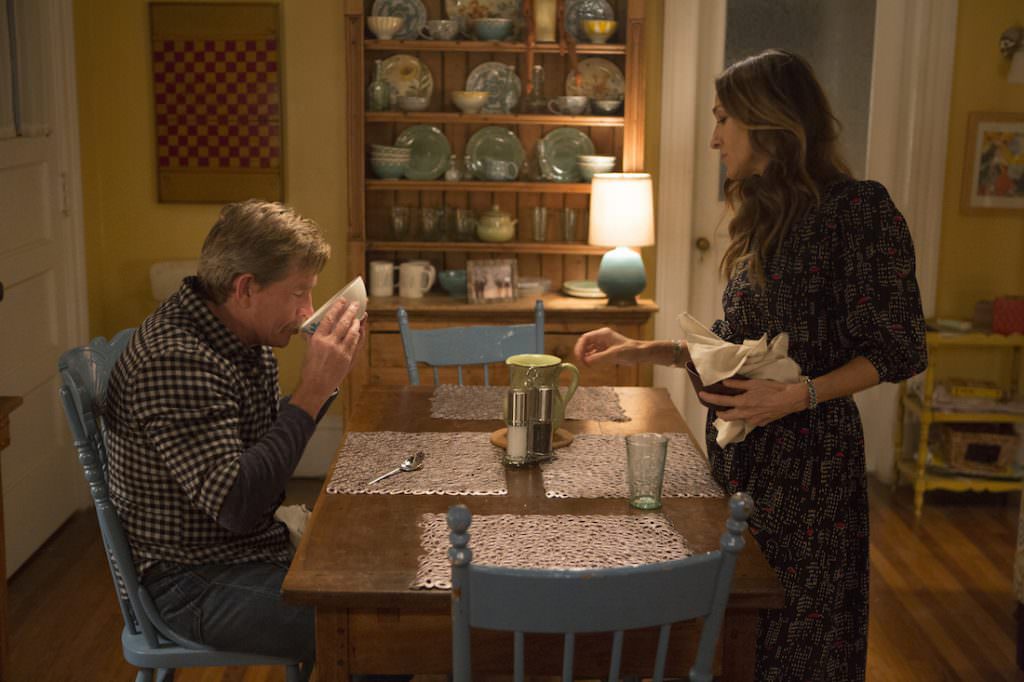 There's been good news and bad news coming from HBO lately. The bad news mainly revolves around the cancelation of Vinyl, a show that sounded like a sure thing but which had a rocky first, and now only, season. There were some concerns with Westworld for a while there, too, but if the latest trailer is any indication, things look right as rain with the impressively cast sci-fi series. And Game of Thrones is, well, Game of Thrones, a ratings juggernaut that is just about to wrap up a deeply satisfying sixth season.

On the comedy front, HBO already has two certified smashes with Veep and Silicon Valley, and it looks like it may be adding another with Divorce. Before you go assuming this is Sarah Jessica Parker's Sex and the City sequel, with a little more gravity and a lot less shopping for manolo blahniks, it's good to know who created this show; writer/producer Sharon Horgan. Horgan already has another outstanding comedy series on the air, the fantastic Catastrophe, on Amazon. If you haven't watched Catastrophe, we urge you to—it's hilarious. With Divorce, Horgan is working with Parker and Thomas Haden Church, and from the teaser below, the chemistry, as well as the comedy, seems just about right.

Divorce's first season will span 10 half-hour episodes, chronicling the life of Frances (SJP), "a woman who suddenly begins to reassess her life and her marriage, and finds that making a clean break and a fresh start is harder than she thought."

Divorce will air on HBO this fall.

The song in the trailer is Man Man’s “Head On (Hold On To Your Heart),” a song that’s kind of perfect for a trailer for a show about divorce. It’s a very charming first look at the series. The trailer features some great, funny lines and two lead actors that look like they have plenty of chemistry. HBO ordered 10 episodes of the 30-minute dramedy, which is Parker’s first starring role in a series since Sex and the City.

The latest season of Game of Thrones is coming to an end this weekend, but there are plenty of shows to look forward to from HBO. In addition to Divorce, which doesn’t have a scheduled premiere date yet, they’ll soon bring audiences Vice Principals, The Night Of, and Westworld. Season nine of Curb Your Enthusiasm was also recently confirmed.