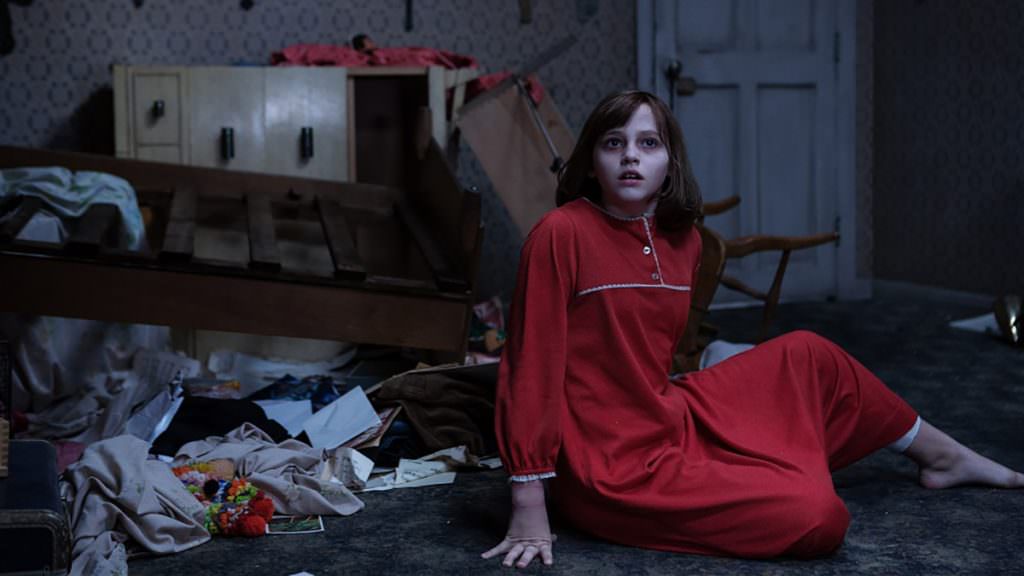 This New The Conjuring 2 Clip Made us Jump

In this exclusive clip from The Conjuring 2, a child in north London makes the mistake of assuming a toy fire truck that rolls to a stop outside of his bedroom door means it's time to play. Kid, put down the truck and run. Director James Wan (Furious 7) at the helm following the crazy success of his 2013's The Conjuring, focusing on another real case from the files of famous demonologists Ed and Lorraine Warren.

The Warrnes are once again played by Vera Farmiga (Up In the Air, Bates Motel) and Patrick Wilson (Little Children, Insidious) and the focus here is on one of their most horrific paranormal investigations, where a single mother raising four children alone in a house plagued by malicious spirits in London is in way over her head.

Wan's also in the news today as while he makes the rounds to discuss The Conjuring 2, everyone's also asking him about his upcoming Aquaman. Here's what he told Uproxx:

"But the thing that ultimately pushed me more towards Aquaman is I love the possibility of creating a whole new world. I’ve always wanted to do a world creation story and visually create this amazing, incredible, magical kingdom. And also, I love the fact that Aquaman is an underdog character. I love the fact that people like to make fun of him. [Laughs.] I feel the bar is a lot lower and I can have fun with him!"

The Conjuring 2 comes out on June 10.