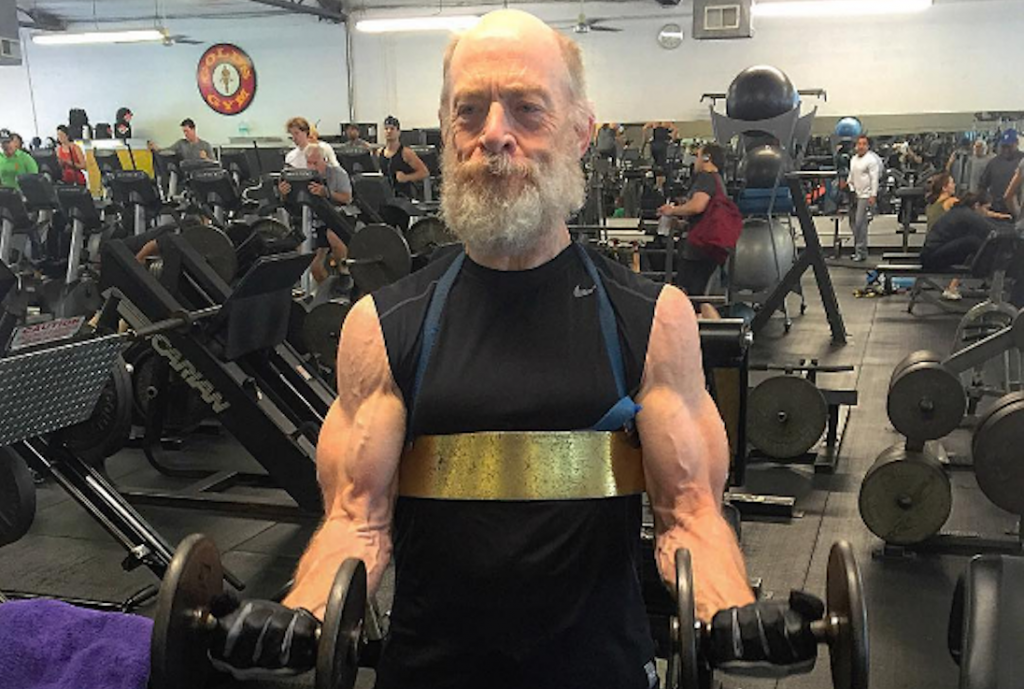 J.K. Simmons Will Blow Your Mind as Commissioner Gordon in Justice League

J.K. Simmons was mighty lean and mean as Terrence Fletcher, an elite, sadistic musical conservatory instructor in Whiplash. He was tough and intimidating as the cigar chomping newspaper editor J. Jonah Jameson in Sam Raimi's Spider-Man trilogy. And if you've never watched HBO's Oz, well, his character, the neo Nazi Vernon Schillinger, was straight up terrifying.

Yet none of these characters, all of whom Simmons played two, nine and 19 years ago, respectively, could take the 61 year old actor in a fight now. That's because Simmons has been getting insanely cut for his role as Commissioner Gordon in Zack Synder's upcoming Justice League. Working out with trainer Aaron Williamson, Simmons' version of Gordon looks ready to do more than just lead Batman to the bad guys—he looks like he's going to kick some serious ass himself.

For proof, check out Williamson's Instagram page, who is incredibly impressed with Simmons' efforts in the gym. This is saying a lot considering Williamson has trained Dwayne Johnson, for crying out loud. (And Zac Efron, Jamie Foxx, Josh Brolin and more).

So what did you do this past Sunday? This is what Simmons did: 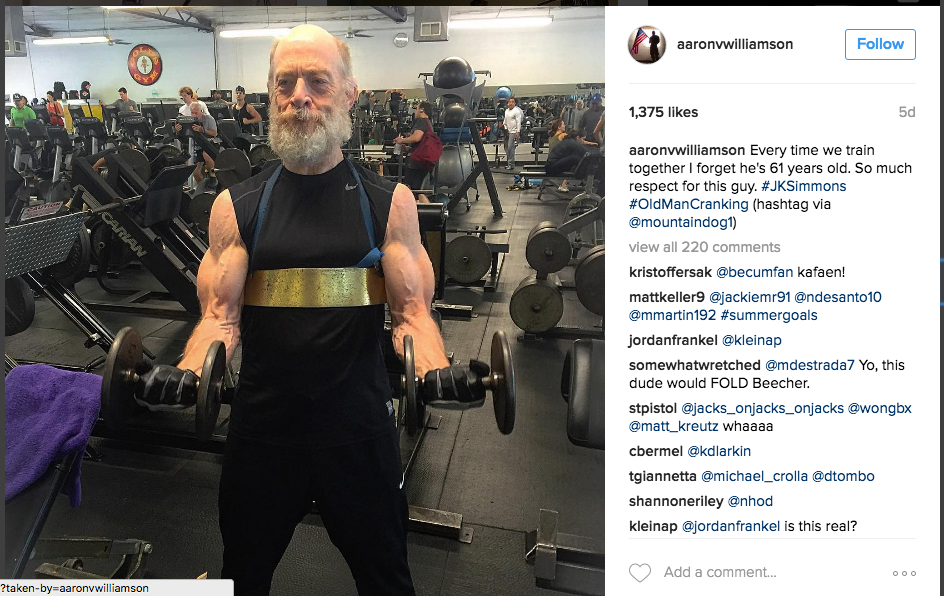 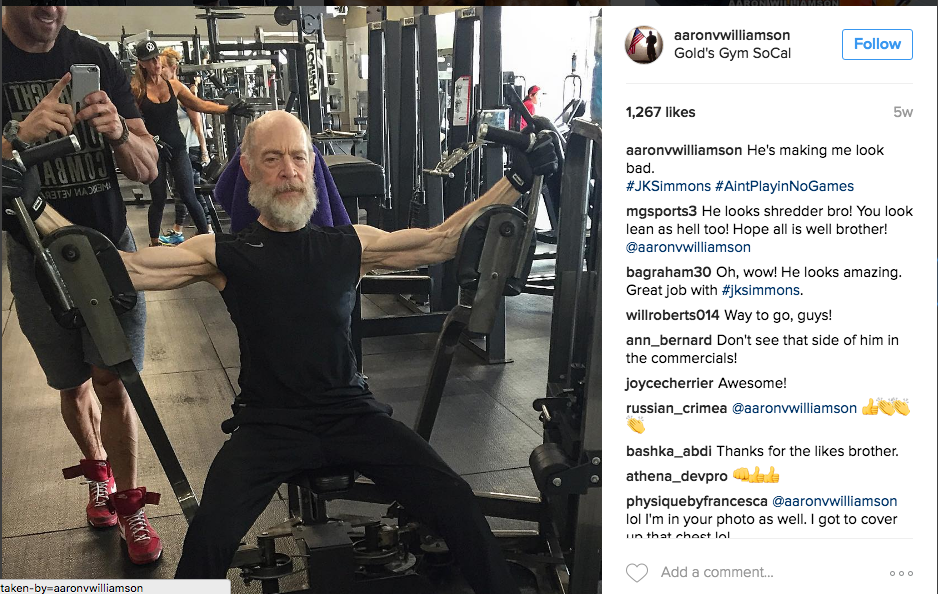