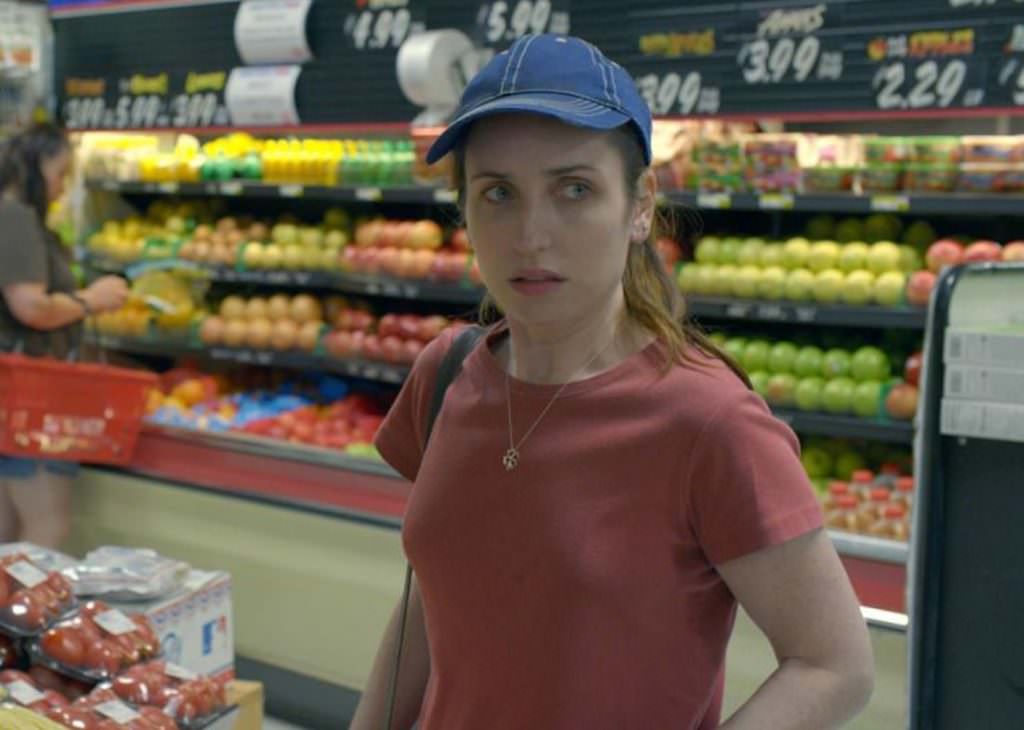 Husband and wife filmmaking team Daryl Wein and Zoe Lister-Jones, who also collaborated on 2012’s Lola Versus, have joined forces again to tackle the murky world of GMOs to create the thriller Consumed. The film is directed by Wein and stars Lister-Jones as a mother with a sick child who is propelled into a dangerous world when she believes GMOs might be the cause of his mysterious illness. They also co-wrote and produced the film. We chat with Wein and Lister-Jones about tackling such a politically charged topic and shifting gears from relationship dramas to a thriller.

Can you just first tell me how you became interested in the anti-GMO cause?

Zoe: I think about seven years ago we read an article about what was happening, mostly with farmers in this country being bullied by biotech corporations and being forced to settle out of court for patent infringement. That just sparked our interest. I think as filmmakers that article had so many noir elements and had a really cinematic feel. What was really interesting to us was that while it was so vast in scope and while it was clearly impacting so many different levels of our ecosystem and potentially our health, so few people talked about it, especially seven years ago. Now it's become more a part of the public discourse, but I think it's still something that is confusing to people and obviously very divisive and controversial. I don't think we set out to be anti-GMO, the film itself, actually, tries to be fair in the way that it outlines both sides of this story.

There’s confusion on both sides rather than one evil overlord versus the good guys?

Zoe: Exactly, which was important for us as storytellers, but definitely a topic that I think there is a lot of conflicting information out there around.

Is this the first time that you've created art which has an important message like this?

Darryl: Well, I would argue all of our movies have an important message [laughs], but I think this is the second feature film that Zoe and I have worked on together that has a really strong political scope to it. The first movie was a feature length documentary called Sex Positive, which was about a gay S&M sex worker from the 1980s in New York City who was advocating for safe sex during the height of the AIDs epidemic. That was a very political film that really dug into what was happening during that time politically in New York City with gay rights groups and how the government was handling the AIDs crisis. Then we went and made two movies that were more in the relationship, comedy sphere. This is the second really politically-focused film.

When you're approaching a film in which you need to educate the viewer while you're telling the story, how do you find a balance between creating a taut thriller, which I think you did, but also getting all that information into the story at the same time?

Zoe: It's definitely a difficult task and I think something that we had to really focus on as filmmakers, both as writers and in post too, because a lot of storytelling happens, obviously, in the editing room. Because this topic is something that is so complex and has so many facets, it was a difficult story to tell and it was also one in which we had to make a choice about how much information we wanted to share while still being able to entertain, ultimately, which was really the goal.

Darryl: Specifically, there's two big pieces of the puzzle, the information in real life and how to synthesize all that and, from a fictional storytelling perspective and structural perspective, how do we keep the audience on the edge of their seat? We had to invent lots of devices in the script to keep people guessing and little twists and turns to build in to the narrative. There are storylines where you think something is going one way, but it's really going another way. That was interesting to try and figure out because we're not mystery or suspense writers, so we had to try and just figure out what really is exciting and mysterious to us. It wasn't actually as hard as I think we thought it might have been because the subject matter is already so similar. The way in which, for instance, the GMO cops or small farmers are bullied and spied on by various forces.

The material was naturally offering those devices for you?

Darryl: Yeah It kind of naturally lent itself.

Given that it's a politically-charged topic, did you face any backlash by tackling it and putting the movie out there?

Darryl: No, not really, because it's all a fictional representation of the industrial food complex. It's obviously inspired by real world issues, but we don't name any names or tell any one person's real story. It's an amalgamation of a lot of real stories that exist out there, we just put it together in a fictional context, so we haven't faced any kind of backlash really.

Zoe: Yeah, there hasn't been backlash, but I do think that it is inherently a controversial subject matter and also one that is really personal. It's the food we're eating and I think that when that's called into question it's a really hard pill to swallow for people. If anything I don't think Darryl and I quite understood just how divisive the topic was until we got quite deep into this journey. How much, even just cyber-bullying goes on around it. Those kinds of things, kind of silenced certain voices.

Darryl: We haven't really had serious backlash. I guess it kind of depends how you define serious…

Darryl: Yeah, just angry internet comments every time an article comes out. People are very passionate and believe what they want to believe and think, what do you know as filmmakers? You're not GMO activists or scientists. But to that I'd say, we spent seven years researching these issues, so we actually are GMO activists and investigative journalists of sorts. Putting the pieces together and connecting the dots and really reading the tea leaves of what's going on in the real world.

You recently screened the film at Earth Day Texas, what is the response like when you show the film in those kinds of forums?

Darryl: People seem very engaged, interested and moved. It makes them think about the choices that they're making in relationship to what they eat and the food that they’re serving their kids. A lot of questions around safety and how to be able to afford eating an organic lifestyle and really what to do. It's so complicated and I think people are really looking for answers. It's such a convoluted topic that everywhere you look online one person says one thing another person says another thing. It's kind of difficult for people to understand who to trust. In our research and experience, we've at this point realized who are the right voices to listen to. There is a lot of great researchers, activists, scientists and organizations out there that are really trying to shed light on the truth of this topic, like the Environmental Working Group and the Organic Consumers Association and a bunch of other people and scientist, like Michael Hansen and the Consumers Union.

Having spent seven years researching the topic what do you think it’s important for people to understand?

Darryl: I think it's important for people to know that despite what you might hear in the media that GMOs are safe, it's just not decided that they are, unfortunately. There is not a scientific consensus. There is a divide among many different scientific bodies. People are calling on the food/environmental safety side of the movement, they're calling for more long-term safety testing to be done because there really hasn't been long-term studies done on GMOs, only short-term studies that are regulated by the biotech industry. I think the jury is still out. What we do know is that there is a tremendous impact to the environment thought he heavy amount of toxic chemical herbicides that are sprayed on GMO crops and glyphosate which the World Health Organization said is a possible carcinogen to humans.

Has it changed the way you eat, this process of research?

Zoe: I was raised with a lot of consciousness around food and sourcing locally and Darryl was raised in a very different household where he was exposed to a lot more processed foods. In our relationship it has been constantly in conversation.

Now you just have a lot of research to back up your position Zoe?

Zoe: Yeah, Darryl's diet has definitely shifted and mine has continued to shift too. I think I'm like a lot of people. I felt that I was incredibly health-conscious, but didn't really know the half of it. Even when you look at people that are trying to eat plant-based, which is a really valiant effort in this day and age, that often includes a lot of soy. Soy is over 90 percent genetically engineered in this country. It does really shift the way that I think about food. I think when people see the film it will shift the way they think about it too.