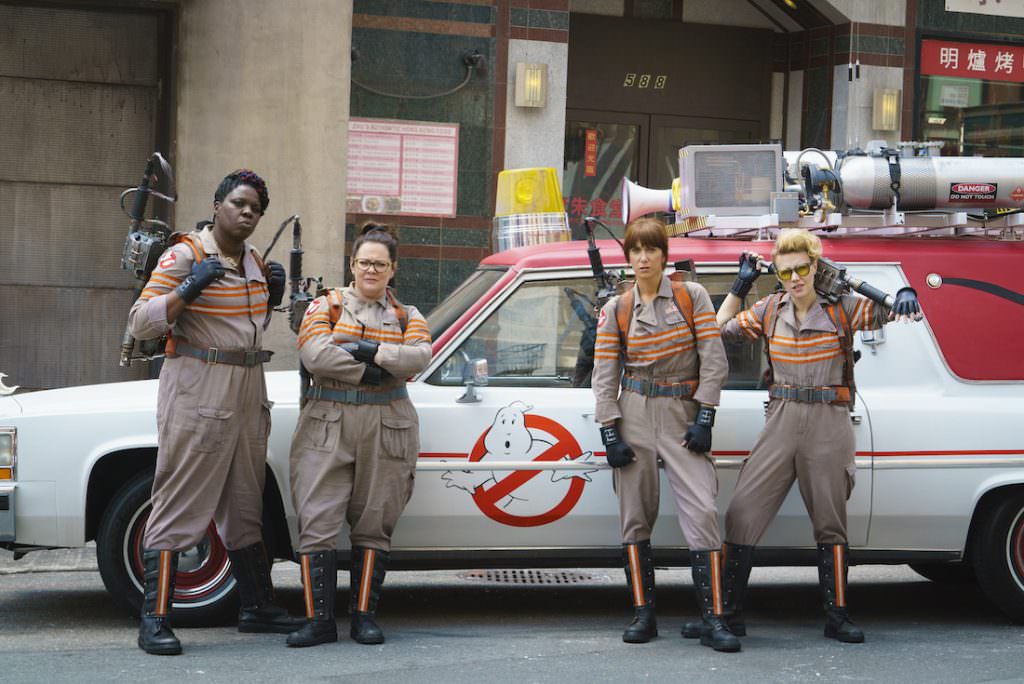 It was 32 years ago today, on June 8, 1984, that the original Ghostbuters came out. So it's fitting we're celebrating the Ecto-1, one of the most iconic cars in film history, which was introduced in the original and has been revamped for the new film.

The old Ecto-1 had a 1959 Cadillac professional chassis, an ambulance/hearse combination. In the film, Dr. Ray Stantz (Dan Aykroyd) found the vehicle shortly after he mortgaged his mother's house to buy the Firehouse (which became Ghostbusters HQ). He then did extensive repairs and modifications on the it, giving it the room to store Proton Packs, traps, P.K.E. meters, Ecto Googles and the crew, turning it into the symbol of the entire franchise.

Now that we're nearing the July 15 release of Paul Feig's Ghostbusters, Sony Pictures has just released this look at the new Ecto-1. As Feig explains in the featurette, of all the things from the original that he and co-writer Katie Dippold really wanted for their film, nothing rated above the Ecto-1. In the new film, it's Leslie Jones character who supplies the wheels (her uncle runs a funeral home), and it's Kate McKinnon's character who modifies the hell out of it. The actual car the crew found is a Cadillac hearse. The year of the model?