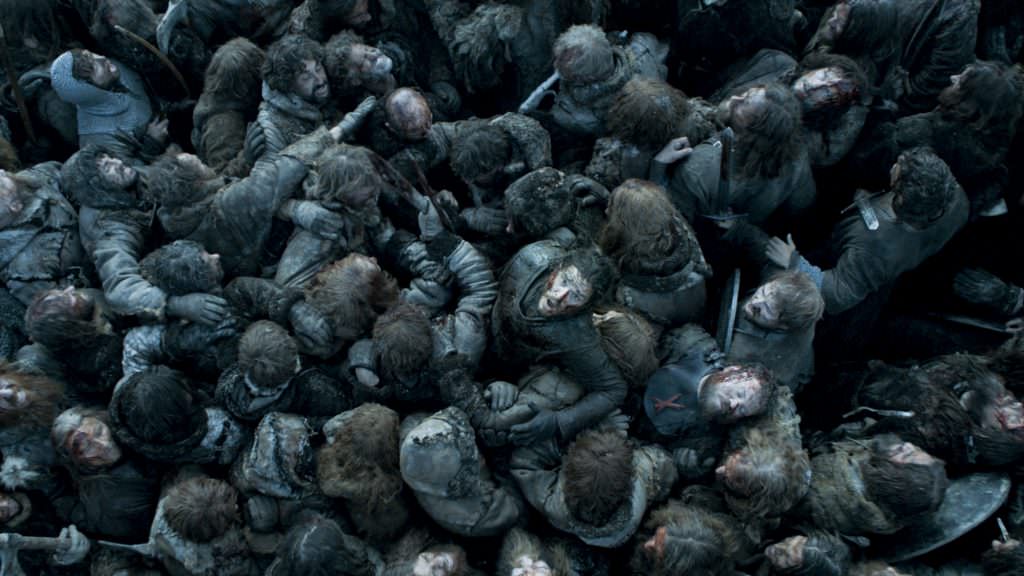 Game of Thrones: How They Shot the Battle of Winterfell

The ninth episode in any Game of Thrones season is epic, but last night's "Battle of the Bastards," the ninth in season six, set the bar about as high as it can go. "As soon as we wrote episode nine, we knew that it was going to have to operate on a scale we've never operated [on] before," says showrunner and episode co-writer D.B. Weiss. His co-writer and fellow showrunner David Benioff explains that while they've had several night battles and sieges in GoT history, this was the first large pitched battle they've done. As we wrote last Friday, "Battle of the Bastards" required "600 crew members, 500 extras for the armies, 160 tons of gravel to make life easier for the 70 horses on set, four camera crews and probably an enormous amount of money."

The man behind the camera for last night's episode, Miguel Sapochnik, knows a thing or two about shooting massive battle scenes; he directed last season's episode "Hardhome," which pitted Jon Snow, Tormund and a whole bunch of Night's Watch and wildlings against the Night's King and his white walker army. As Benioff notes in the below featurette, that episode, however, showcased a slaughter, while last night's episode involved a proper battle, and on a scale never before attempted on the show.

In the below video, you'll see how Sapochnik, his talented crew and the cast built this battle and managed to make it both epic and personal. While there's mayhem and carnage happening all around the frame, the brilliant way they shot the scene allowed the viewer to follow Jon through it all. Perhaps the best shot all season is included below; when Jon has fell for Ramsay's trap, and stands, sword drawn, as the Bolton cavalry stampedes right at him.

What an episode. What glorious filmmaking for the small screen this is. A horse mistress, top of the line stunt professionals, a camera rig called the 'Russian vampire bat' attached to a Land Rover and a whole lot of courage were some of the things this scene required. Here's how they did it: