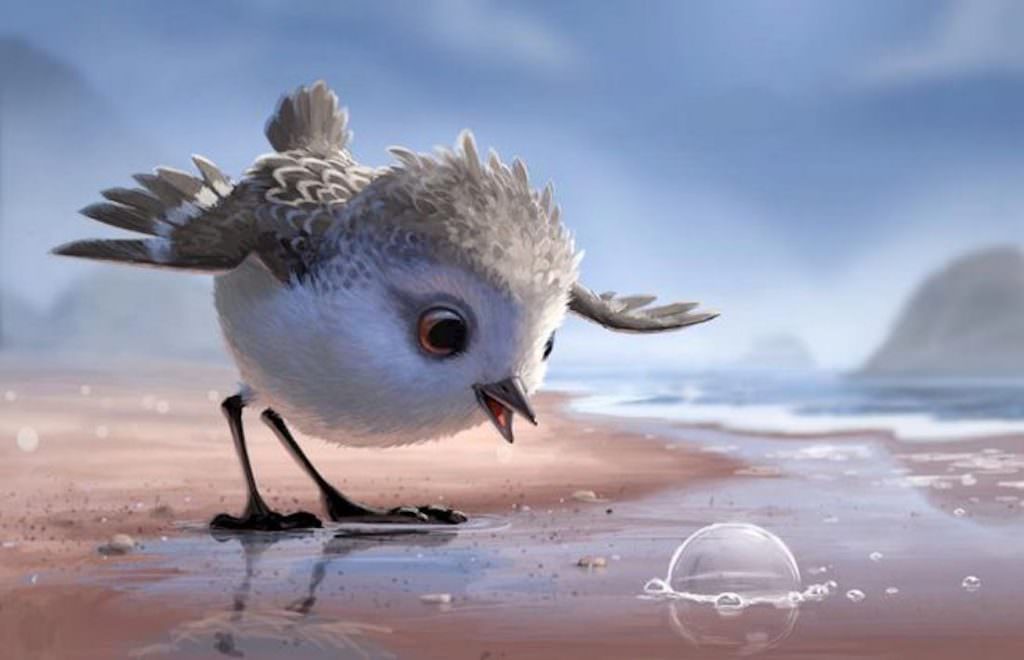 It's a mere 24 seconds long, but it's just enough time to fall for the four inch tall sandpiper hatchling at the center of Piper. Pixar's latest short follows this hungry little hatchling as it discovers finding food without mom's help is pretty difficult, especially when there are waves crashing in on you. Piper delivers nearly photo-real cinematography, and looks almost like a nature documentary. Yet because this is a Pixar film, you know every thing in the frame, to the tiniest details (the bubbles in the sand, Piper's feathers) have been meticulously designed and directed. A Pixar short functions almost like a song; it's rhythms and movements are melodic and beautiful.

Piper will play in theaters before Finding Dory, and was directed by Alan Barillaro and produced by Marc Sondheimer. They have discussed the extensive research that went into creating their little miracle, which began with Barillaro finding his muse during his morning run near Pixar's offices; he kept spotting sandpipers everywhere. As Collider wrote, because the entire film had to be expressed from the point of view of a sandpiper that’s four inches tall, the filmmakers spent tons of time with sandpipers on the beach, and Barrillaro went to Hawaii with a Go-Pro camera to do further research.

​Piper is Barillaro's directorial debut, but he's been a Pixar mainstay for years. He was the supervising animator on Wall-E, Brave and The Incredibles. Piper represents just one more reason to catch Finding Dory this weekend.