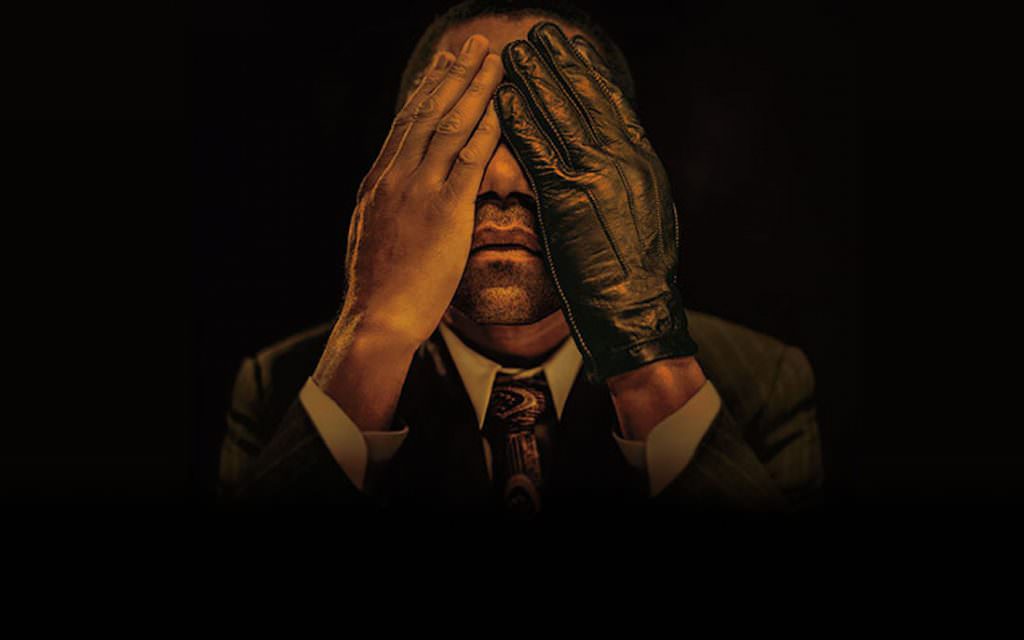 Cutting History: Talking to the Editor of The People v. O.J. Simpson

Ryan Murphy’s American Crime Story: The People v. O.J. Simpson was one of the most buzzed about television series of the year. We talk to editor Adam Penn, who also works with Murphy on American Horror Story, about tackling such a high-profile story, the importance of music and humanizing these larger than life characters.

The People v. O.J. has a distinctive visual style, which elevates it above the usual TV docudrama. How do you feel that your role in the process contributed to that?

I think it contributed to it in a few ways. Well, it's interesting. I think the visual style evolved over the course of the season. The first couple of episodes, which I worked mostly on…

You did one, two, and six. Is that right?

Yes. That is correct. One especially, I felt had a sort of brooding almost Fincher like quality to it…

A little bit noir-ish, as well?

Noir-ish, yeah. All I was trying to do was catch the baton from production to continue with that tone. A lot of the ways I did that … It wasn't very quickly cut. It was sort of naturalistic, the cutting pace. I tried to do that a lot with sound as well. The key thing about this series, which I discovered as I was getting into dailies, was sort of humanizing all of these people that we all had opinions of before going into this project.

They almost become caricatures of themselves in the public eye?

Yeah. Absolutely! My memories of all of this stuff is that they were essentially like cartoon versions of what they really were. I didn't know what to expect when I first started with this project. When I started watching the dailies and saw a really naturalistic, human, heartbreaking story. At times. I was trying to underscore that honesty with the pacing and by not making it too flashy, cut-y. Still trying to capture that weird, Fincher-esque brooding tone.

In a way we remember the circus surrounding the O.J. trial more than the fact that there was a double-murder, and it was a really grisly double-murder as well.

I feel like that first episode really anchored that as something to be a touchstone throughout the rest of the series.

Definitely! Yeah, it certainly was easy to forget that people were actually murdered. I think that's one of the amazing things that the series has done: this reminder that there were victims of this crime; not trivializing it, as I honestly had in my head. All of my memories were tabloid headlines and stuff like that.

From a story-telling perspective, when you have such a huge array of characters, characters that, as we have said, that people are familiar with. How do you tie that together to create a cohesive story? That's a really important thing that happens in the editing room.

It is. A lot of it honestly starts on set with the actors. As far as dictating the relationships and the pace. Being able to read that in the cutting room is helpful. Then, translating that to the screen from dailies, to a finished narrative piece. In this case I used a lot of sound work, specifically music, to tie characters, or locations, or even time periods together.

At the end of episode one, we used this Nina Simone song. We tried a few different things, then that went in and somehow it was perfect. It managed to embody both the frustration of the lawyers, of Marcia Clark, Kardashian and Shapiro. It also managed to somehow convey the weird triumph and liberation on the O.J. side of it, when he's driving off in the white Bronco. Somehow the music choices, and, earlier in the show, sound work, really helped tie all these disparate characters who are all converging together.

You talk about the music playing an important role. With the Bronco chase, which is obviously such an important moment in the story and something that everybody remembers, you used The Beastie Boys at the beginning of that, when it was quite frantic, then moved to something else. How did you approach those moments? We all saw it from a bird's eye view perspective, but having the opportunity in a drama to show different perspectives of the actual chase. Perhaps create a different idea for the viewer of what that was like?

I'm really glad you asked about The Beastie Boys because this is the first project that I've worked on that originally took place in a time that I vividly remember. I was bringing a lot of my own baggage/memories to the table, and we were working on the Bronco chase and trying different songs in there to see what would work. Then I just had this weird flash back. I vividly remember being at home on the day that the Bronco chase happened. For whatever reason, I remember watching The Beastie Boys Sabotage video earlier that day. That memory popped back in my head; I was like, Huh? What the hell. Let's try this song. I threw it in there. Ryan loved it. Everybody loved it. Fortunately, we were able to clear it. I was really excited to be able to take something that actually was a memory I associated with the specific day and apply it to something.

That must be really satisfying when you can do something like that and it actually works, as well?

It's amazing! I've never experienced it before, but a lot of people seemed to enjoy the use of The Beastie Boys. As far as depicting all of the stuff inside the Bronco, that was a fun opportunity to get subjective with it. Again, I know I'm a picture editor but I used sound. With Ryan Murphy, sound is really important to him, sound work. I focus a lot on that. Inside the Bronco, I used that quite a bit to try and help get inside O.J.'s head. Again, to serve to humanize him. To have distant echoes of crowds cheering from his college days, or his days of glory; now he's a caged animal in this white Bronco traveling down the highway. I think it was pretty effective.

What are some of the other challenges when you're dealing with a true story and a story like this that is burned into our collective consciousness. What are the difficulties compared to something that's purely fiction?

Well, it was daunting going into it knowing that this was an event that everybody had an opinion on. We all thought we knew everything about this trial, myself included. When I read the script, I'm like, Oh okay, there's a lot of detail I didn't know. Then I saw the footage and I'm like, Oh okay, these are actual human beings. Marcia Clark is a struggling working mother. Once I got into it, I realized our preconceived notions and our baggage that we all bring into it actually, I think, in a weird way helps the project. Then we can subvert it by just honestly depicting these people. What I expected to be the biggest challenge was actually kind of the greatest gift in a weird way. I wouldn't say there weren't any challenges. The cast was so great. The camera work was so great, and the direction was so great. It was more just really trying to not shorthand any of the people, even O.J. Presenting everybody as a human being with problems and concerns, and all of that stuff.

Apart from the Bronco chase, were there any other moments you felt were really crucial from the editing perspective? Crucial to the drama, heightening the drama; were there any moments that you were like, ‘Yeah, I've really got to nail this.’?

Yeah! Actually the sequence that opens the entire series – the montage of the Rodney King, the L.A. riots. Again, that was one of those things. I read it in the script. I knew what it's supposed to serve but then getting into it, looking at the footage, being there late one night, I was like, Holy cow. This is the prologue of the entire thing. This puts the entire series in perspective. Suddenly, that sequence became really important to me and to the series. Just, a brief history lesson of what happened in L.A. two years prior.

Why it was such a firecracker environment?

Exactly! I wanted to try and build that sequence. Essentially, like a firecracker builds, builds, builds, explodes, and then for the next ten minutes or so, quietly kind of snaking around the crime scene and all that good stuff. The whole beginning piece of the pilot was really important. We had to nail that. I definitely know that the direction and camera work did, so I had to do my job.

You’ve worked extensively with Ryan Murphy. Why do you think you guys have such a good working relationship?

We have very very similar sensibilities. For whatever reason, I can just really read his footage. I just naturally kind of get it. He and I, we like the same music, so I often I'll just throw this song in there, and he ends up loving it. We sync up creatively very, very well. It's fun to work with somebody like that. It doesn't mean I always nail it with him, but for the most part we're very much on the same page.