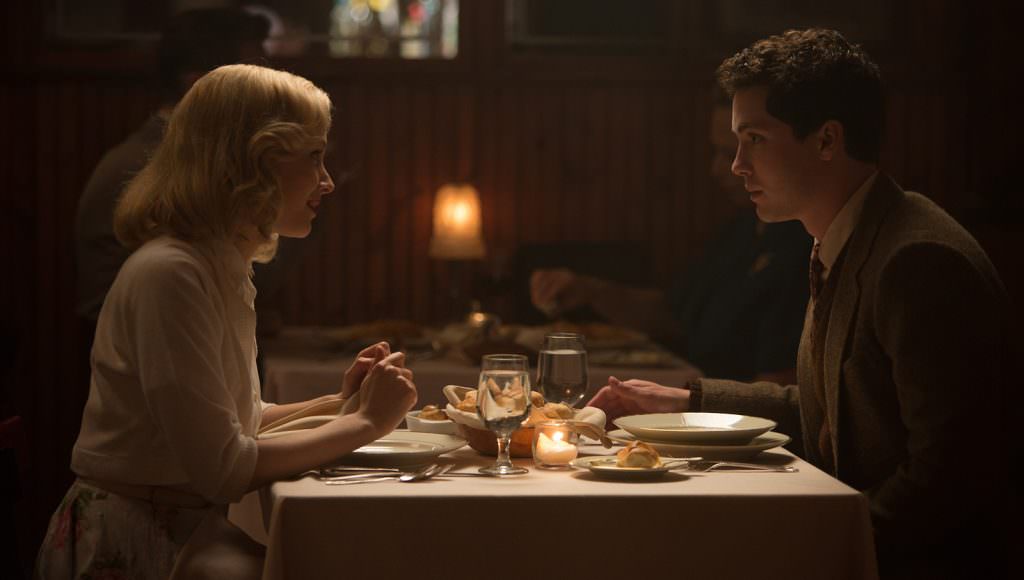 James Schamus has been responsible for some of the best films of the last 20 years. The award-winning screenwriter, producer and CEO of quality film juggernaut Focus Features has put his stamp on modern cinema with a slew of stylish, intelligent independent films, which has included producing some of the most respected filmmakers in the industry. These filmmakers have included Todd Haynes, Nicole Holofcener, Michel Gondry, Gus Van Sant, Sofia Coppola, and the Coen Brothers. His creative partnership with Ang Lee has been a quiet, stunning collaboration dating back to 1991.

A brief snapshot: As the head of Focus, Schamus oversaw Lost in Translation, Milk, Eternal Sunshine of the Spotless Mind and The Kids Are All Right. As a writer, he’s written or co-written Ang Lee’s sensational films The Ice Storm, Eat, Drink, Man, Woman and Crouching Tiger, Hidden Dragon, and produced Lee’s Brokeback Mountain. This is a fraction of his output.

We spoke with Schamus at the Provincetown Film Festival the day after a screening of his directorial debut, Indignation, based on Philip Roth’s 2008 novel of the same name. Roth is notoriously difficult to adapt, but Schamus seems preternaturally suited to the material. The story centers on a bright Jewish college student, Marcus Messner (Logan Lerman) who falls for a complex young woman, Olivia Hutton (Sarah Gadon) at Winesburg College in 1951 Ohio, while the Korean war rages a world away. This being Roth, the troubles begin when Marcus reacts with confusion and indecision after his first sexual experience with Olivia, which triggers a cascading set of decisions and situations that ultimately change the course of his life. In one spectacular scene, Marcus has an epic battle of wits and intellect with the dean of the school (a marvelous Tracy Letts), one of several authority figures in his life he comes to intellectual blows with. One could argue it's the most Roth-ian sequence ever captured on film.

We spoke to Schamus in the glorious setting of Land’s End Inn in Provincetown about why he tackled a Roth novel, of all things, as his first directorial debut, what he learned stepping behind the camera and more.

Let’s start by talking about that incredible scene in the middle of your film, between Tracy Letts, playing Dean Caldwell, and Logan Lerman's Marcus Messner. This scene is…unconventional, to say the least. You don’t typically see a scene of that length in a film.

I’d say you universally don’t see a scene that long in a film [laughs.] It was funny because when I was working on the screenplay, I’d do a draft, then another draft, and after the second draft I said to myself, oh wow, that scene has survived the process, and I’m going to have to pretend it’s not as weird as it actually is if I get to make this movie that we’re going to shoot a scene that could run as long as eighteen to twenty minutes, and it’s just two people talking—that’s weird. And I drop it smack dab in the middle of the movie, no less. But that’s what I did. I pretended that it wasn’t insane to try and do that.

It was the moment in the film where I thought, this feels more like Roth than any other adaptation of his work.

And to me it’s a very emotional and terrifying scene. It clearly has an underlying narrative and emotional structure that’s not necessarily evident on the surface, but I knew that if I could match that structure visually, we had a chance of surviving it. And so we had to plot it, at least I did, an approach to filming that, if you ever subject yourself to the film again, you may notice that it moves in almost architectural waves of how we relate to these characters, what angles we’re using, when we’re centering on one and off center on the other, even when we’re in high angle shots and low angle shots, and whose above and whose below, where the light source is—all those things. And that was really fun to plot out and work with, knowing that otherwise if you simply said, oh we'll get some coverage, here’s a master shot, here’s a medium, here’s a close-up, that scene would have just died, I think. It would have died if we hadn’t had actors who were willing to just throw themselves in and just make it epic. Of course they did.

This architectural take on how you’re framing your shots—is that one of your tools for tackling Roth, because of all novelists to adapt, what a tough job you set out for yourself.

I thought that, at this point in my life, if I’m going to have the privilege of doing something new, that I’d might as well, in my own way, be ambitious. We were never going to have a big budget, there were no trailers on the set, you know, it was only a twenty four day shoot, it wasn’t as if I had the resources and time to make some huge magilla, mid-life crisis movie. It had to be a very defined mid-life crisis movie. But within that context, I wanted to be as ambitious as I could be, and certainly the ambition of trying to, among other things, drop in a scene like that. To just say everything you read in all those screenwriting books about structure, and every note you could ever get from a studio or producer, I’m going to try and show you it’s not necessarily the way you need to go to succeed. That was really fun.

The stuff you’ve worked on, written and produced in your lifetime, it’s not surprising that you’d worry less about the ‘rules’ of filmmaking and drop in a long scene. Was all the work you did before a long lead up to making this film?

No. [Laughs]. You never really know if you can direct or not until you try. That comes at any age and any time in a career. When you’re directing, there’s no preparation for the things you’re doing besides directing. Clearly I’ve produced a lot of movies and I’ve been a studio head and overseen the direction of a lot of movies, but I can tell you the worse movies ever produced were movies where the producer was working with the actors. That’s really not a good idea. [Laughs.] For good or ill, that’s something I refused to do. And here I was working with actors of such pedigree, that you would think that makes it easier, and maybe it does, of course, because I can rely on their experience and skill, but on the other hand I knew that the ante was up to a high level because if there was fear in my eyes, or if I showed an indecisiveness that indicated that fear, or, a decisiveness that indicated I wasn’t interested in what they could bring to the table, the film would fail immediately. So you have to strike the right tone, which is an honest tone, but you also have to strike a tone that gives these actors the faith they can trust so you they can leap, they can fly, and you’re there to catch them. The worst actor is a worried actor.

The fact is Logan Lerman has been working since he was eight. He’s got a lot more experience on set than I do. He learns as he goes along, so he just gets better and better, he doesn’t lapse into any particular tic, so on the one hand I’m this paternalistic, father figure director guy, and on the other hand I said, Logan, you’re a partner here, you’re in every scene, this film is not going to work unless this is a genuine partnership. Even in terms of tonality, this set was very loving, calm, really harmonious and peaceful. You can say that’s top down, from the director and producer and director of photography, but on a film like this it’s really also your lead. There’s no trailer, so we’re working and Logan is standing there with us twenty-four seven. He’s so vulnerable, and so on the edge every scene, there’s this horrible abyss this kid is about to step into it, so for him to have maintained that sort of dignified calm and kindness towards the crew, through the whole shoot, was incredible.

You’d said before the film that you hoped it sparked debate, and, lo and behold, there was a heated debate after the film about who was responsible for where Marcus ends up at the end. One gentlemen was blaming Marcus's mother…

Here’s the amazing thing, again, not urging subjection to a second viewing, but the very opening voiceover is on this very subject. The opening voiceover says, the thing about dying is, you don’t have a choice in the matter, it’s going to happen to you, it’s the result of a series of causes and a chain of events linked by causality, and only some of that includes decisions you’ve made. Of course it’s spoken by a nineteen year old, a very bright nineteen year old, who loves Bertrand Russell, but probably is not aware of Bertrand Russell’s own writing about causality, starting in 1913 and going all the way through the year Marcus Messner would have been in junior high school, he wrote a major text where he revisited his early work on causality and came up with the idea of a new sense of causality that wasn’t purely deterministic. So the whole movie is precisely about the argument you guys were having, which is, everything has a cause, but the tiniest little thing, as his dad says, the tiniest mistake, these little strains and strands have an affect. I love that about the movie that it solicits precisely those discussions.

Part of the reason Marcus ends up where he does is his reaction to what happened that first night with Olivia.