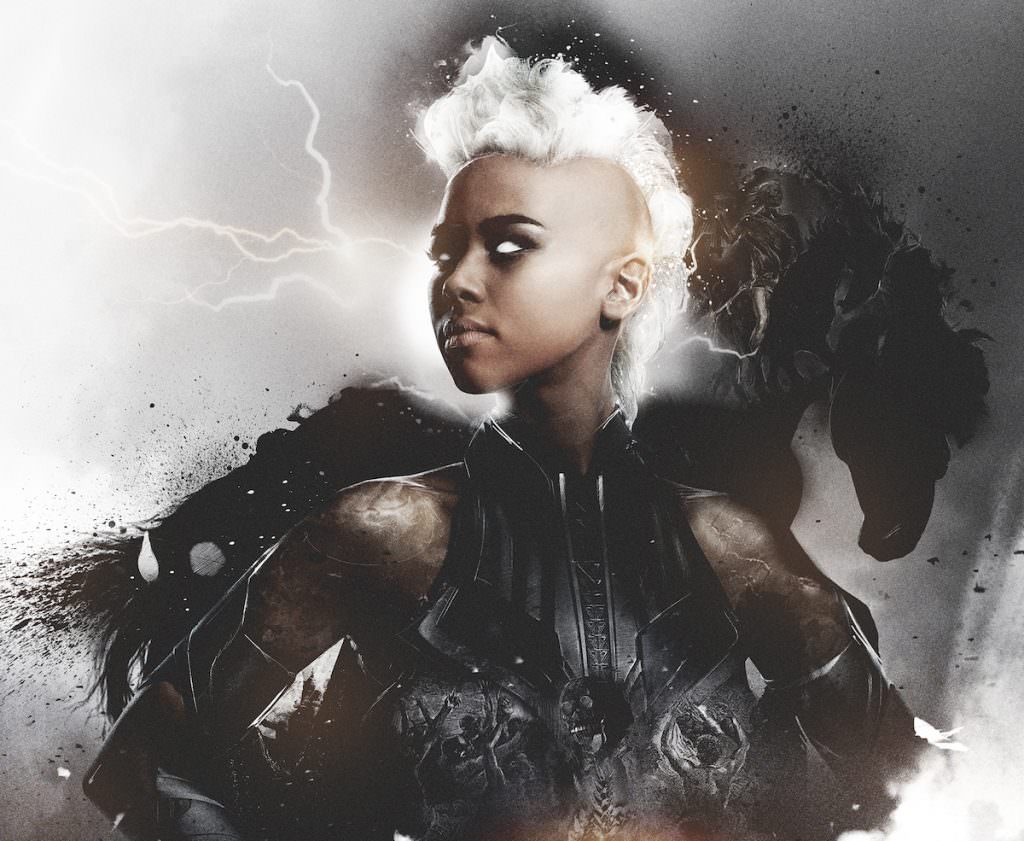 X-Men: Apocalypse—Storm’s a Force of Nature

Alexandra Shipp plays the young storm in X-Men: Apocalypse, yet unlike Halle Berry's version of the character in previous X-Men films, here Storm is a force of nature for evil. In fact, her powers in Apocalypse are the most potent they've ever been, having been given a boost by the film's eponymous villain, Apocalypse, played by Oscar Isaac.

Storm's first appearance in a Marvel comic was 1976's "X-Men #102," and since then she's been something of a fan favorite. Yet in recent X-Men films, the character has taken a bit of a back seat. Ororo Monroe (Storm's birth name) is the descendant of an ancient line of African preistesses, all with that signature white hair, blue eyes, and the potential to harness magic. Storm's origin story in the comics is a doozy—it includes a plane crash that kills her parents (and buries her under the rubble, rendering her clastrophobic for life), run-ins with both Professor X in Cairo (she attempts to pick his pocket, as she was then a street urchin, and ends up saving his life) and T'Challa, better know as Black Panther (she saves his life, too). In fact Storm used her mutant ability to control the weather to save Black Panther from would-be kidnappers, igniting a relationship with him that was inching towards romance before the young prince's duties prevented them from exploring this any further.

This all happened during an epic trek Storm took south from Cairo to her ancestral homeland in the Serengeti Plain, where she eventually fought another weather-controlling mutant named Deluge, and becoming something of a goddess to her people. Eventually, Storms joins the X-Men, where she learns she's not a goddess but a mutant, and eventually she becomes one of the X-Men's leaders.

We'll see how director Bryan Singer handles Storm in Apocalypse, but one thing is for certain; she seems to have a role befitting her powers. She just happens to be on the wrong side this time.