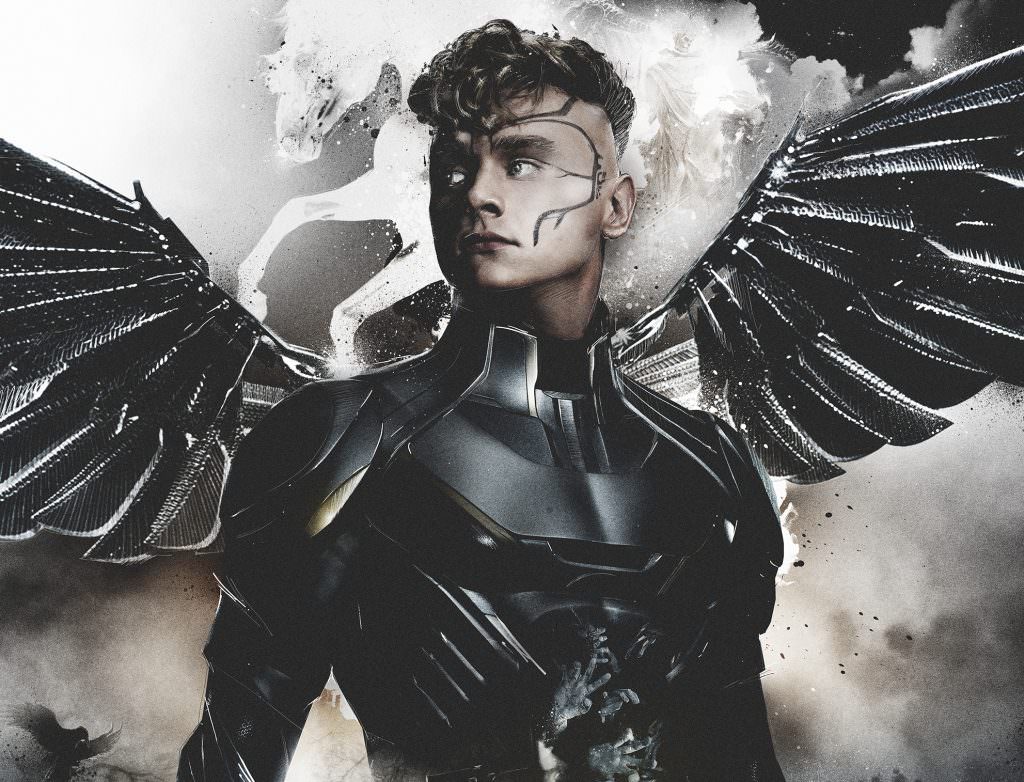 X-Men: Apocalypse – the Angel of Death

Yesterday we shared this mini featurette about X-Men: Apocalypse's Storm (Alexadra Shipp), who for the first time in any X-Men film is fighting against Professor X and the forces for good. Now it's time to take a look at Ben Hardy's Angel.

While less known to most folks, Angel (also known as Archangel) first appeared well before Storm in the Marvel comic universe. In fact, he appeared in the very first X-Men comic, in 1963. A skilled combatant, Angel excels at aerial hand-to-hand (or wing-to-wing) combat. Like Bruce Wayne and Tony Stark, Angel, who goes by Warren Kenneth Worthington III, is a wealthy businessman. He can fly up to speeds of 150 mph, reaching heights of 10,000 feet, and due to his anatomy, which is adapted for flight, he has a body virtually devoid of fat that grants him "enhanced proportionate muscle strength; eyes that can withstand high-speed winds; enhanced eyesight enabling him to see at distances far greater than human; and a sepcial respiratory membrame that extracts oxygen fromthe air at extreme velocities and altitudes," according to Marvel.com.

A second mutation gave Angel the ability to heal fatal injuries and cure most known diseases in other people (!). In the comics (and presumably, to one extent or another, in the film), once Apocalypse gets a hold of him and enhances his powers, Angel's wings are transformed into razor-sharp steel-like material, with each feather tipped with a paralyzing chemical that he can shoot with enough force to penetrate steel.

Check out the super brief Angel clip below. X-Men: Apocalypse reigns in theaters on may 27.