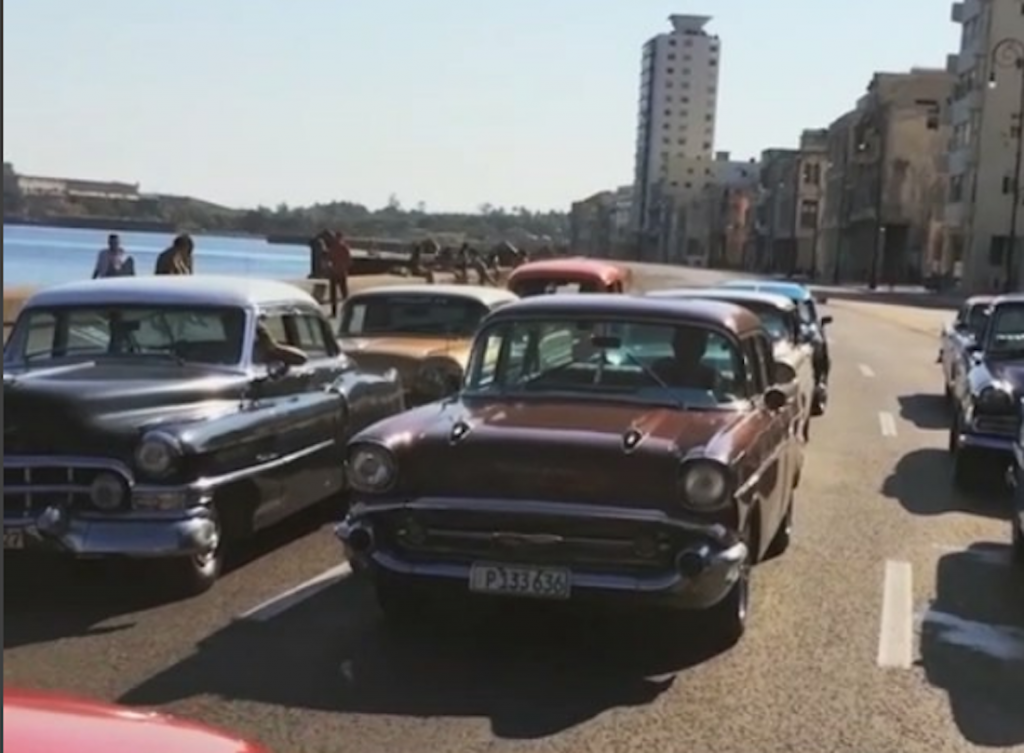 Fast 8 has the distinction of the being the first global Hollywood movie to be allowed to film in the country. This video shows the incredible reaction of the Cuban people to the production, "You can feel the emotion from all of the people," says director F. Gary Gray (Straight Outta Compton). "We couldn't re-create this anywhere." Fast 8 boasts a stellar cast, with Charlize Theron joining Vin Diesel, Kurt Russell, Lucas Black, Dwayne Johnson, Jason Statham, Tyrese Gibson, Chris Bridges, Eva Mendes and Michelle Rodriguez. Yet Cuba might be one of the biggest stars of the film, which is saying a lot considering this is a franchise that has been using exotic locations throughout. Production for Fast 8 has filmed in other far-flung locales, including Akranes in Iceland's western region, where the word was they filmed the largest explosion in the country's history. In the states, production has or will take place in Cleveland, New York and Atlanta.

Yet Cuba remains the most intriguing of the film's location, and if this video is any indication, it looks like this won't be the country's last big budget Hollywood film to utilize it's many appeals. And for a country famous for the supremely old cars people still drive, Fast 8 is a weirdly fitting film to be the first major Hollywood production to shoot there.