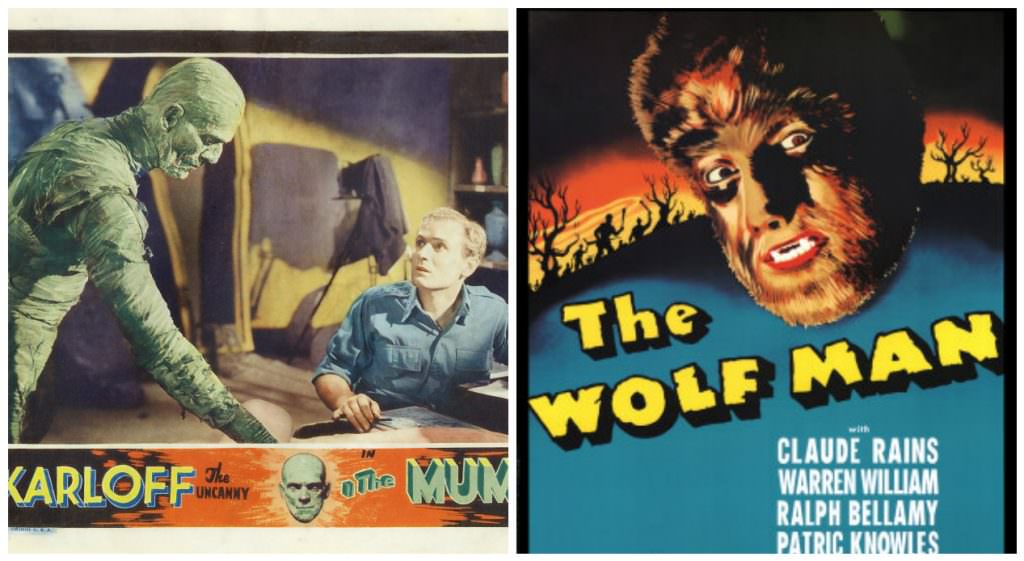 While a lot of the blockbuster movie oxygen is sucked up by the Marvel Universe and DC's growing slate of films, Universal has a huge library of classic monsters that they're tapping into to create a potential shared universe of their own. They've put into place an ambitious plan that will see major stars tackling iconic monsters, beginning on June 9, 2017 when The Mummy, starring Tom Cruise and directed by Alex Kurtzman, lurches into theaters.

A second untitled monster movie is set for April 13, 2018, and that could possibly by The Invisible Man, which Johnny Depp has closed a deal to star in. It doesn't end there—Universal has tapped a bunch of top-notch screenwriters, overseen by Kurtzman and Chris Morgan, which includes Ed Solomon (Men in Black, Now You See Me), Aaron Guzikowski (Prisoners), and Noah Hawley (Fargo). Some of the potential classic reboots coming include Bride of Frankenstein, which is being written by David Koepp; and The Wolfman, which was written by Guzikowski. There are also reports that Universal is looking at the Phantom of the Opera and the Creature From the Black Lagoon.

But how will these monsters create a cinematic universe the way the Marvel and DC superheroes do? The idea, explained by Universal Pictures chair Donna Langley last year, is that the rebooted horror icons like Bride of Frankenstein, Van Helsing, Dracula and the Wolf Man will all inhabit the same shared universe. “The characters will interact with each other across movies,” Langley said. “We’re incubating it at the moment, and we’re taking the time to get it right.”

A buddy road trip movie with Dracula and the Wolf Man? We'd buy a ticket to that.