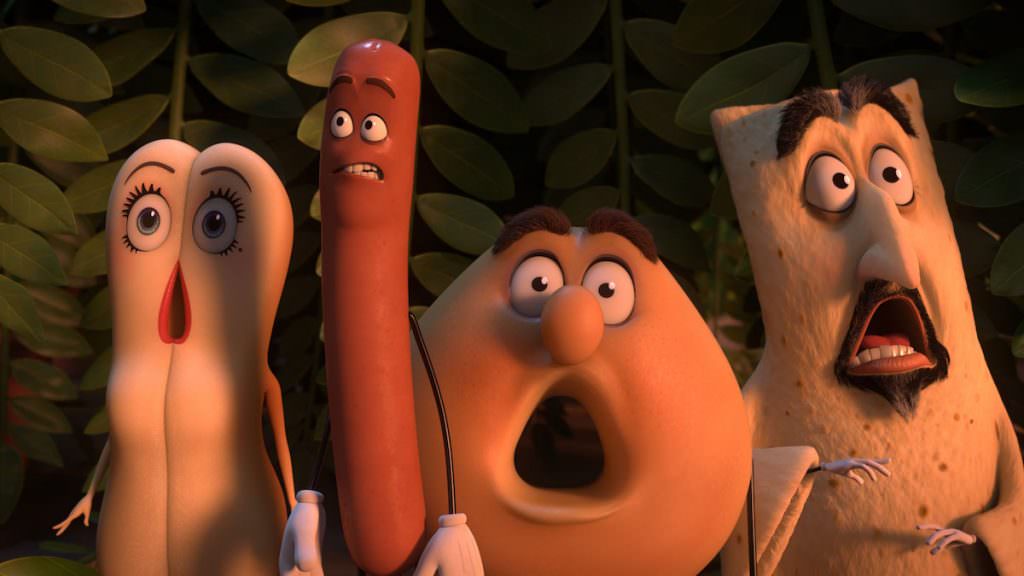 Admit it, when you heard that Seth Rogen, Evan Goldberg and Jonah Hill had written a film called Sausage Party, you were thinking "raunchy bromance with epic fart jokes, and bongs." Or something like that, perhaps a Superbad for the 30-set, which is sort of what Neighbors was, anyway. What Sausage Party actually is an existential animated movie about what it would be like if grocery store food had feelings, and found out that the paradise they were promised in shopper's homes was actually hell.

Seth Rogen plays a sausage that leads an epic journey to find out the truth of his and his fellow grocery store food's fate. With voice talent including Kristen Wiig, Jonah Hill, Bill Hader, Michael Cera, James Franco, Danny McBride, Craig Robinson, Paul Rudd, Nick Kroll, David Krumholtz, Edward Norton, and Salma Hayek, Sausage Party is another A-list conglomeration of comedy talent coming together to help Rogen, Goldberg and Hill, with direction by Conrad Vernon, realize their story to its fullest, darkest extent. As the trailer below proves, Sausage Party isn't holding back; if food did have feelings, what we do to it in our kitchens would be an abomination.