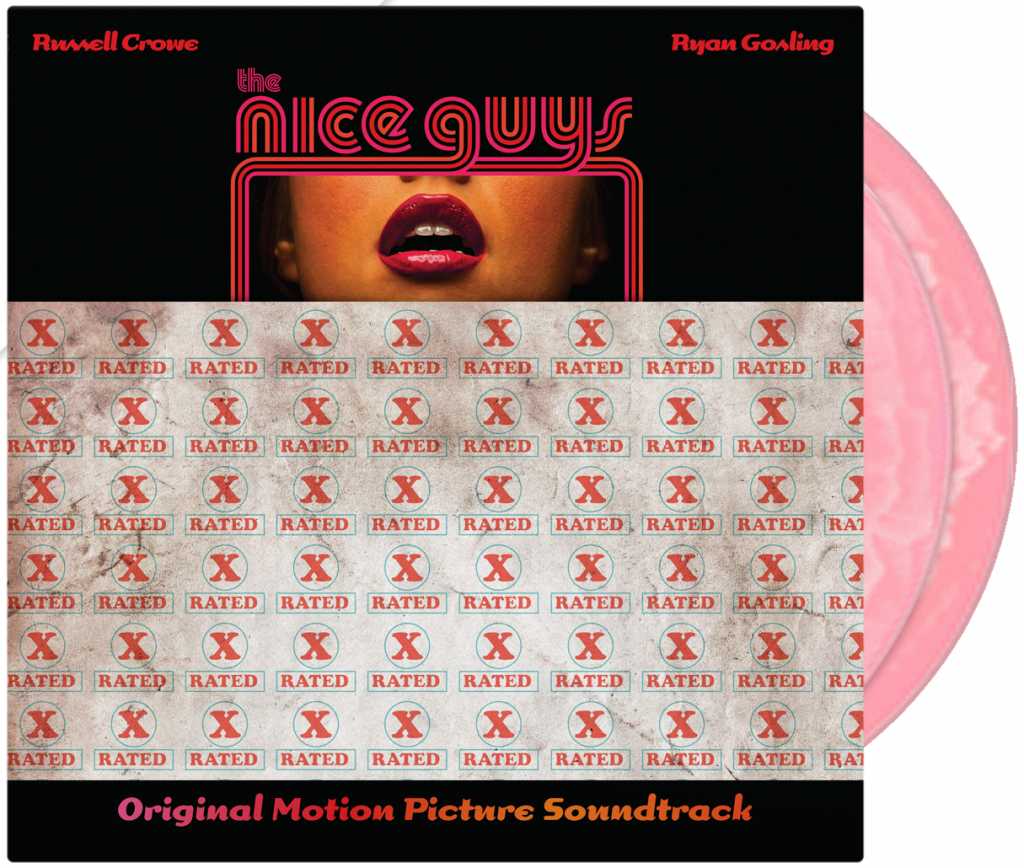 Gibson, who started iam8bit in 2005 when he produced an art exhibition devoted to '80s- era video games, explains, "We're very much into taking nostalgia and spinning it to use as a device to tell a story. The Nice Guys was an interesting project for us because there's a lot of cooks in the kitchen, but everybody was very committed to creating something that seemed like it was an artifact from the seventies. We're not really interested in projects that simply use key art and existing assets from some licensed product. For The Nice Guys, we created all these add-ons that evoke the essence of the era."

The package also includes facsimiles of the business cards and pin-up posters briefly glimpsed in the movie itself. "The idea," Gibson says, "Is that these elements draw  from the fictional world of the movie and give you something tactile you can hold in your hand."

For iam8bit, which recently curated an X-Files-themed art show and produced a "Superhero Hardware" exhibit, The Nice Guys extends its ongoing mission to create analog products custom-tailored for the digital age. Gibson says, "So much stuff is digital now that when new game or movie or TV show or music comes out, it lacks any kind of physicality. Part of our attraction to any given project is that we like to take intellectual property and interpret it in some kind of a retro reality. We're always trying to figure out 'What story does the package tell as you interact with it?'"

In the case of The Nice Guys, Gibson says,  "It's about taking the vinyl out of the sleeve and  exploring all the artifacts, watching the records spin, flipping from side one to side two.  Since the music for the movie is culled from the seventies and vinyl is an artifact from that period, vinyl seemed like an appropriate way to pay homage to the film."

"The Nice Guys Collectors Edition Vinyl 2xLP" sells for $40 at and can also be purchased at select record stores including Amoeba Music in Los Angeles.