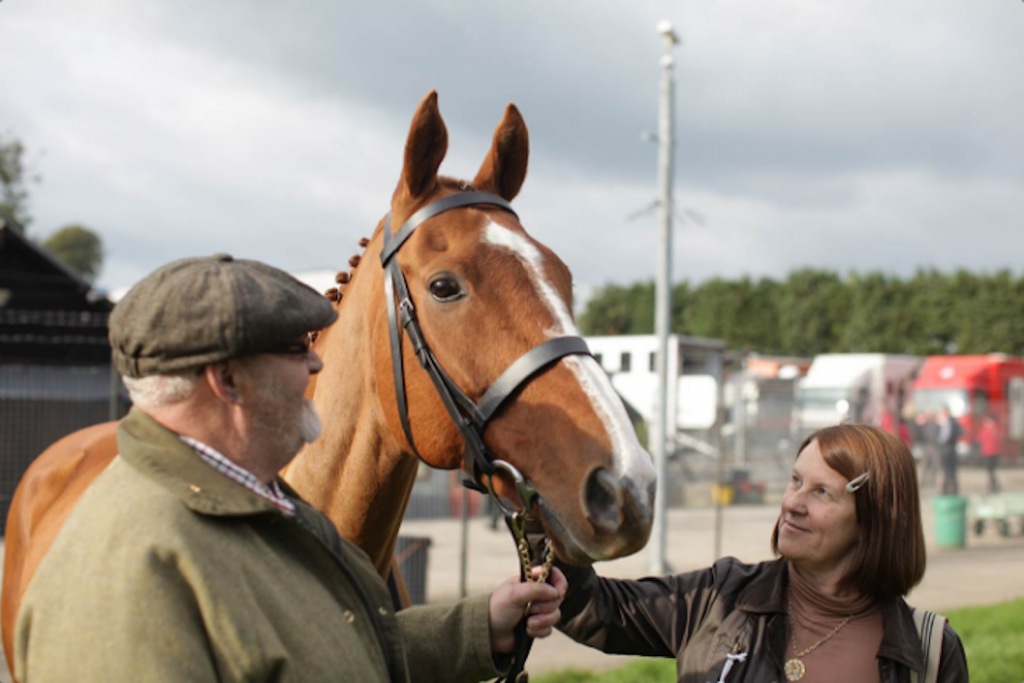 Considering how few people outside the global elite have a substantial stake in horse racing, there are quite a lot of broadly applicable idioms to have been inspired by the sport. About to get into something exciting? You’re off to the races. Care about something deeply? It might be because you’ve got a horse in the race. And finally: that enigma who came out of nowhere? That would be a dark horse. This last idiom is central to director Louise Osmond’s documentary of the same name, Dark Horse, in which we see an equine star, Dream Alliance, make those other first two idioms quite literally come true for a gray former mining community in South Wales.

At first glance, Dark Horse seems merely like the unlikely but wonderful comeback story of the working-class denizens of the Welsh village Cefn Fforest, which in the year 2000, when the action starts, has already been slipping down the economic ladder for years. The town’s mines are closing down and being replaced by nothing, and as close as Cefn Fforest’s sympathetic residents might be, the value of a tight-knit commuity alone can’t overcome the general sense of deprivation. The seeds of a turnaround are planted when a local bartender and Asda cleaner, Jan Vokes, comes up with the idea to breed a racehorse, a fateful choice born from a chance conversation with a racehorse-crazy local tax adviser. But how to fund the breeding, care, and training of a potential entrant to the so-called sport of kings?

Vokes clears that hurdle by opening up ownership of the thoroughbred to a local syndicate — friends and neighbors, mostly all facing similarly dire economic straits, buy in for 10 pounds a week. Sign ups were at the local working men’s club. Osmond’s documentary charmingly highlights how absurd the whole endeavor must have seemed at first, even to those themselves taking part, through head-on interviews with those who decided to buy in: “I don’t know anything about horses!” is a typical refrain. 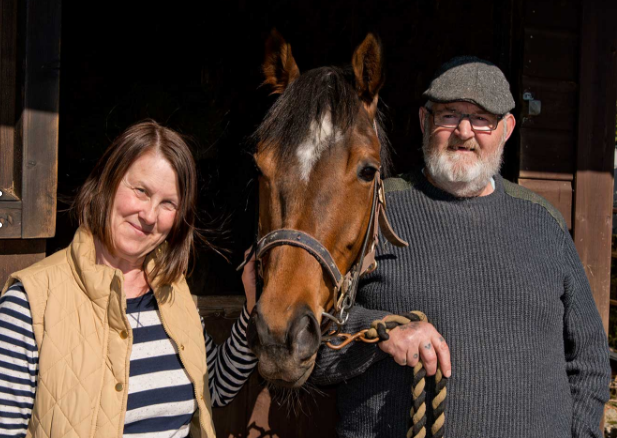 The foal born to the broodmare the syndicate bought is named, by popular vote, Dream Alliance, and he is a dark horse indeed. Lacking particularly exceptional bloodlines and dubbed “scrappy” by his trainer, he begins his career with a few modestly admirable finishes, and as Osmond’s documentary progresses, he begins to win. 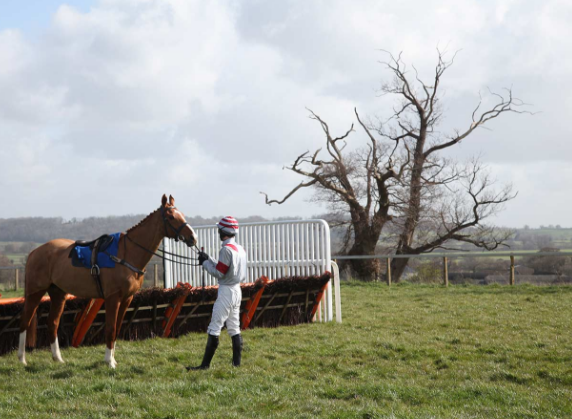 Without revealing more, beyond the fact that this lovely film certainly didn’t win Sundance’s World Documentary Audience Award for nothing, there are two big reasons to see Dark Horse. The first and more obvious is that unless you are Scrooge incarnate, this is a wonderful fairytale that’s all the better for being real. The second reason is what’s at the crux of that fairytale — a substantive turnaround and entry into a rarified world for people who we don’t normally get to see take a wild (if pragmatically approached) gamble, and have it joyously pay off. It’s not just that Dream Alliance’s owners crossed an income divide — money is clearly never fully the point. What’s most appealing is that Vokes, her husband Daisy (his nickname), and their syndicate crossed over what’s usually a heavily-barricaded threshold of an extremely exclusive experience. Except for the people betting and filling up the cheap seats at the track, horse racing is and always has been a sport for the wealthy, especially, as with most things, when it comes to ownership.

This story might have started in 2000, but Dark Horse is an apt parable on income inequality and the effects it has for those on the wrong side — even after they forge their own opportunity to cross over. Equine enthusiasts will see this film for obvious reasons, while others might like the general feel good-itude that it’s bound to impart. For everyone else, the most significant draw behind Dark Horse are likely the politics and social issues it pulls into focus, through however an unlikely lens. And, of course, the fact that it is truly gratifying to watch people you’d actually want to have a beer with, come in first.