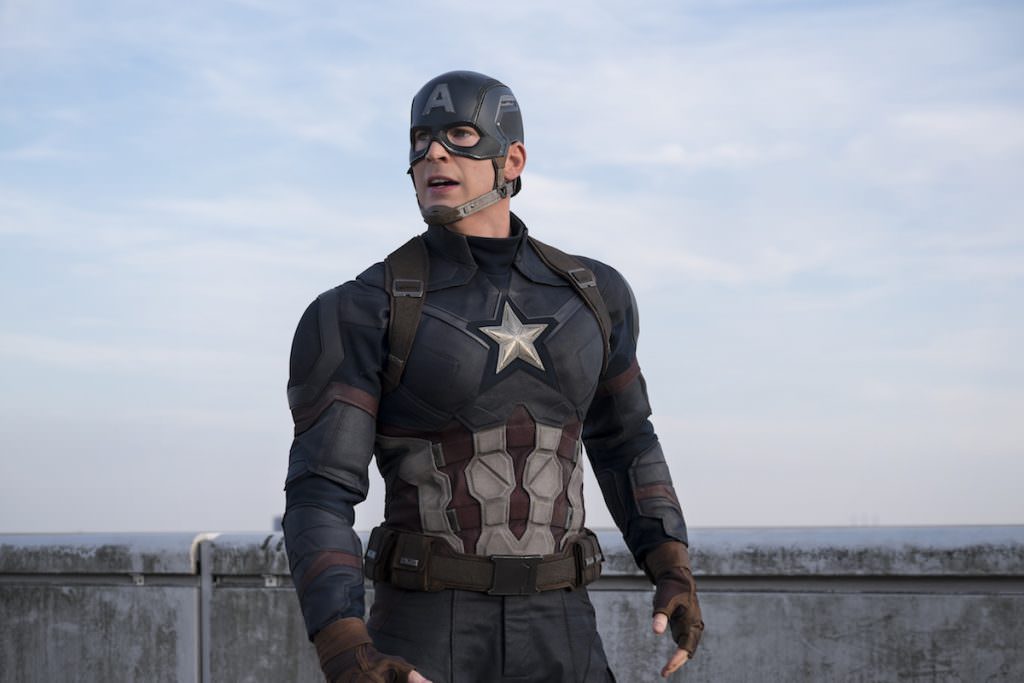 Have you met anyone who attended last year's "The Ultimate Marvel Marathon," the 28-hour, 11 movie marathon that ended with the brand new Avengers: Age of Ultron? If so, let us know how they fared. Now, Marvel's announced a slightly more sane marathon—the  “Ultimate Captain America Marathon,” which will screen in select theaters this Thursday, May 5, and will conclude with a screening of Captain America: Civil War.

For those of you who are interested, check out Fandango to see if you're near enough to one of these marathons. Most of them start early in the morning (from 7 to 8am), beginning with 2011’s Captain America: The First Avenger, continue with 2012’s The Avengers, then 2014’s Captain America: The Winter Soldier, followed by (yup, still going here) 2015’s Avengers: Age of Ultron, and then concluding with Captain America: Civil War. All told it's roughly 691 minutes (11.5 hours) of Captain America movies and Cap-related Avenger flicks. Your reward for completing your mission will be an “exclusive medallion” and likely some hearing loss.

While spending nearly 12 hours watching all these films in a row seems slightly insane, this marathon is helped by the fact that Captain America's storyline is sort of the backbone to the whole Marvel Cinematic Universe. His narrative is a fairly straightforward path, and so the plot points from The First Avenger right on up through Civil War all fall on a fairly followable trajectory.

If you just want to see the latest, that'll be more than enough to give you that sweet, sweet Cap love. You can read our spoiler-free Civil War review here.