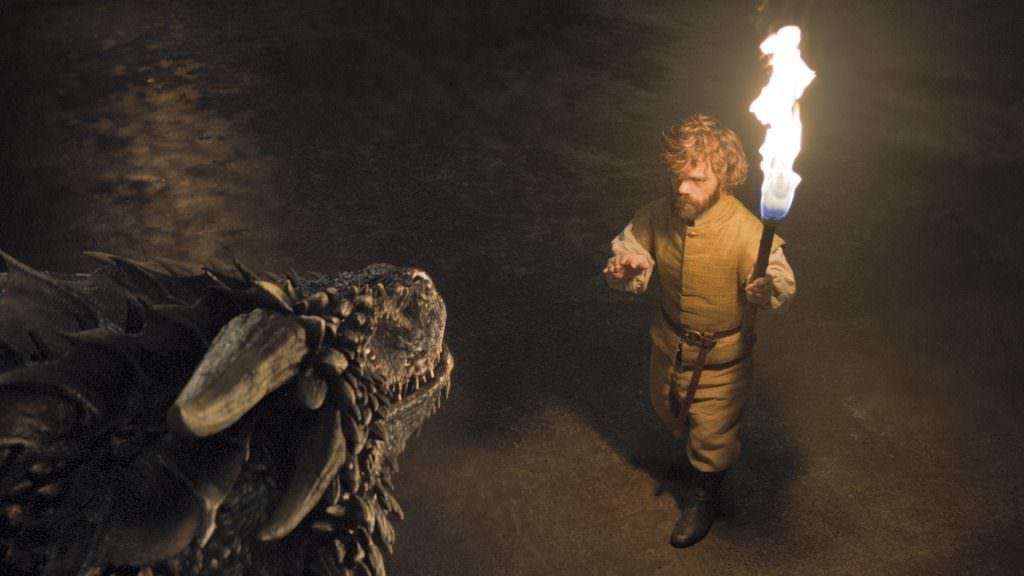 If you're not caught up with Game of Thrones, stop reading.

As we discussed yesterday in our recap of "Home," director Jeremy Podeswa shot a gorgeous scene between Tyrion and Dany's dragons that has made one of the most delicious Game of Thrones theories seem entirely credible—Tyrion has Targaryen blood, connecting him to Dany and her dragons.

First, let's just take a moment to appreciate the way the scene between Tyrion and the dragons was shot. It begins with Tyrion entering the dungeon where the dragons are chained (and starving) with nothing but a torch and his own rapidly beating heart. At six seconds into the clip below, Tyrion stands stock still as he peers into the shadows, until we see the glowing light of the dragons eyes and hear the sound of their heavy chains.

GoT has always had to get as much bang for their buck with these dragon sequences as possible. Regardless of how much money you think GoT makes (a lot) and spends per episode (a lot), their CGI budget nowhere near in the realm of a Jurassic World or Captain America: Civil War. That's what's been so impressive about the dragon sequences—they've got really good at delivering the wow in a relatively short amount of time, and, their design for the dragons has made them, to my eye, more impressive than some of the other representations we've seen of dragons on the big screen. 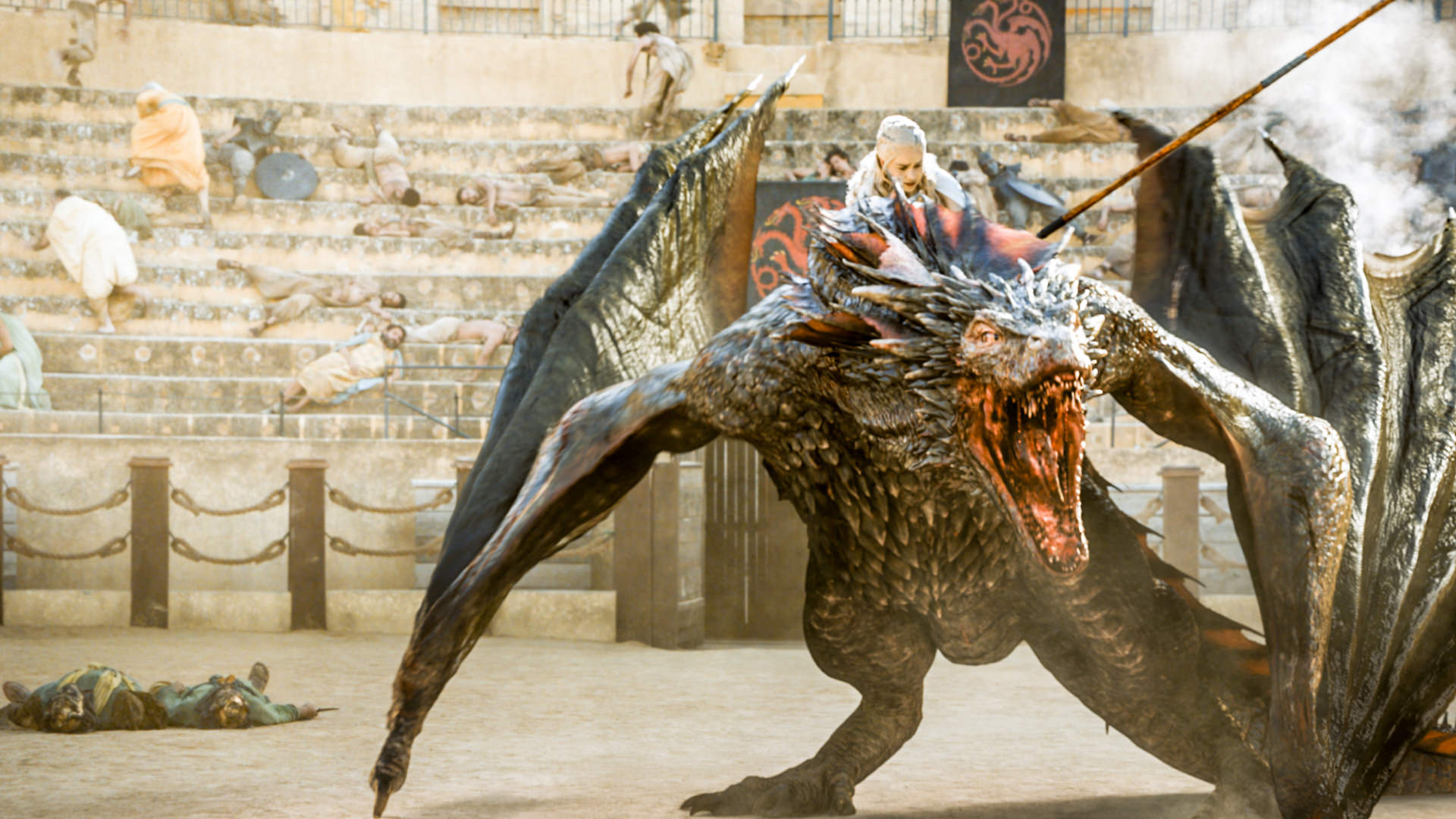 Drogo to the rescue. Courtesy HBO.

The big Drogo rescue from last season has been by far the most sensational dragon scene to date, but for my money, I'll take the way this scene from "Home" was shot for impact. It's just Tyrion in the dark and a pair of glowing eyes. When we do get a close-up of one of the dragons, we see a larger, bluish light—the flame in its throat. It roars and lunges forward, Tyrion shuffles back quickly, but, the dragon holds its flame. By the time the second dragon has appeared, the two of them looming over Tyrion, something definitely weird starts happening. At around 49 seconds in, that second dragon almost seems to be talking to Tyrion. And then Tyrion himself starts talking, trying to calm them (really, calm himself) and assure them he's their friend. Note the animalistic way the dragons are rendered in GoT, and compare that to, say, the imperial, huge Smaug in The Hobbit: The Desolation of Smaug. GoT's dragons behave far more like actual, feral beasts rather than mythological creatures, which gives the few minutes a season we get to spend with them real oomph. They behave like animals (more or less), sure, they breathe fire, but they also snort and huff and seem to respond to human touch. (The fact that Smaug could speak and was voiced by Benedict Cumberbatch certainly didn't make him any less absurd.)

Now about that response to human touch—the dragons have, up until this scene, only ever responded to Dany's hand. But here, they seem to respond to Tyrion's touch. They have flambéed or eaten just about anyone but Dany who's gotten near them in the past, but here was Tyrion, alone, presenting himself to too very pissed off dragons who were also starving, yet they don't eat him. They allow him to talk to them, touch them, and, ultimately, in the case of one dragon, make it easier for Tyrion to reach their chains so he can free them.

This scene seems to be fairly strong support of the theory that Tyrion has Targaryen blood. There are countless examples of Tywin spouting off about how he could never "prove" Tyrion wasn't his son, but clearly that's how he felt. Time and time again Tywin treated Tyrion like an imposter in his midst, right up to his last moment of his life when he says to Tyrion "You're no son of mine," before catching an arrow to the chest. This theory rests on the assumption that Tyrion's mother was raped by Aerys II Targaryen, known as the mad king, and the child she bore (and died delivering) was Tyrion. This could explain why Tywin himself supported Robert Baratheon's rebellion against the mad king, and why he detested Tyrion from the day he was born (along with the fact that Tyrion is an "imp.") With Targaryen blood in his veins, the dragons would recognize Tyrion as a kind of relative. How else to explain a pair of starving dragons not ripping him to shreds? How else to explain them becoming almost docile to his touch? How else to explain the way they behave, as if they recognize something within Tyrion? It's hard to argue that, at the 1:35 mark, Tyrion isn't communing with them.

What do you think—is Tyrion going to be one of the three dragon riders, along with Dany and…Jon Snow? Or do you have a better theory on why these dragons let Tyrion get so close?