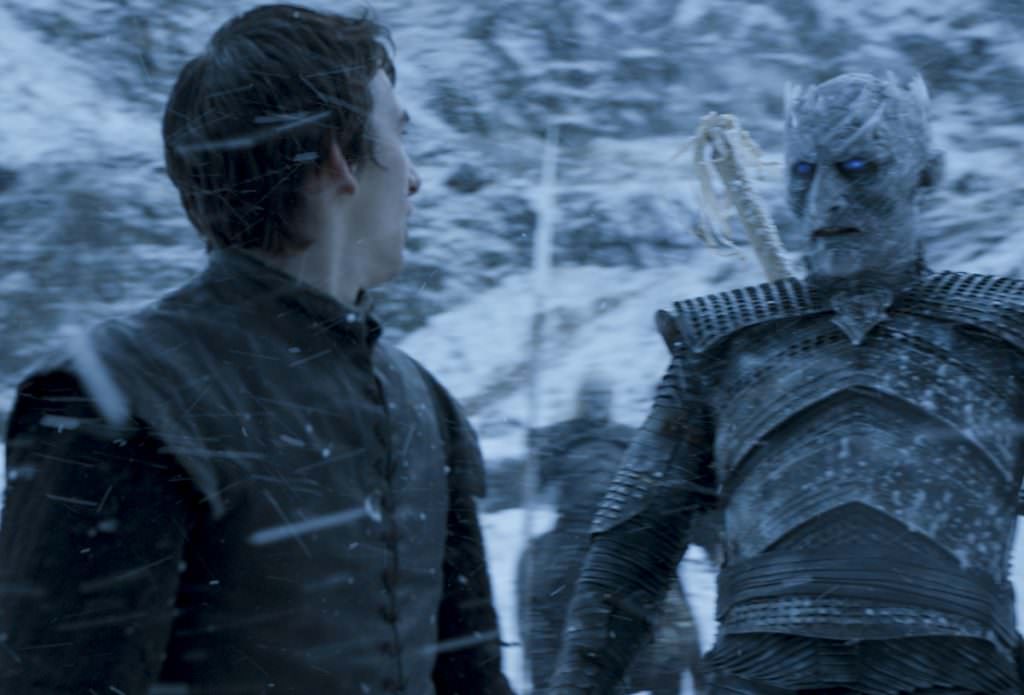 Game of Thrones Recap: The Door

And once again, Game of Thrones ends an episode with a stunning sequence that leaves you breathless, highlighted by a character fulfilling their destiny. After last week’s barn burner “Book of the Stranger” ended in a literal barn (of sorts) burning and Dany emerging as the undisputed leader of the Dothraki, “Hold the Door” somehow managed to top it. In fact, one could argue this was one of the most satisfying and emotional payoffs in the long, bloody run of Game of Thrones, an unexpected answer to a question you never knew you had about a character you didn’t realize you cared about. Or cared about this much, as Hodor was always loveable but, until this season, the definition of one note. Who knew the origins of Hodor’s name, as well as his monosyllabic affliction, would have such a huge impact on the fate of not just Bran Stark, but potentially the whole of the seven kingdoms? So Hodor’s story came to a brilliant, bloody and noble end as we learned that the big fella has been repeating not his name but his destiny this entire time. With the white walkers clawing and stabbing at the door separating them from a fleeing Bran stark, it was Hodor standing in their way, holding the door, giving his life to keep his charge alive.

What a surprisingly moving moment! What a fantastic recasting of Hodor from a lumbering fool into a hero! Just really good stuff here, a satisfying and moving coda to another taut, comeplling episode.

The Bran portion of “Hold the Door” revealed a lot, including the origin of the white walkers themselves—it was the Children of the Forest who were responsible for creating them to fight off their biggest threat—man. And once Bran was touched by the Night's King while warging, he essentially doomed the Three-Eyed Raven as well as put Hodor's sacrifice into it's final motion. Once the white walkers, led by the Night’s King, penetrated the tree cave, the Three-Eyed Raven was a goner (and once again Max Von Sydow plays a crucial but brief role in which he’s chopped down by a magical blade, just as he did in The Force Awakens), and Bran is now on the run (thanks to Meera, the daughter of Howland Reed, the man who saved Ned Stark when he stabbed Arthur Dayne in the back at the Tower of Joy), without his beloved behemoth Hodor around to haul him around and protect him. 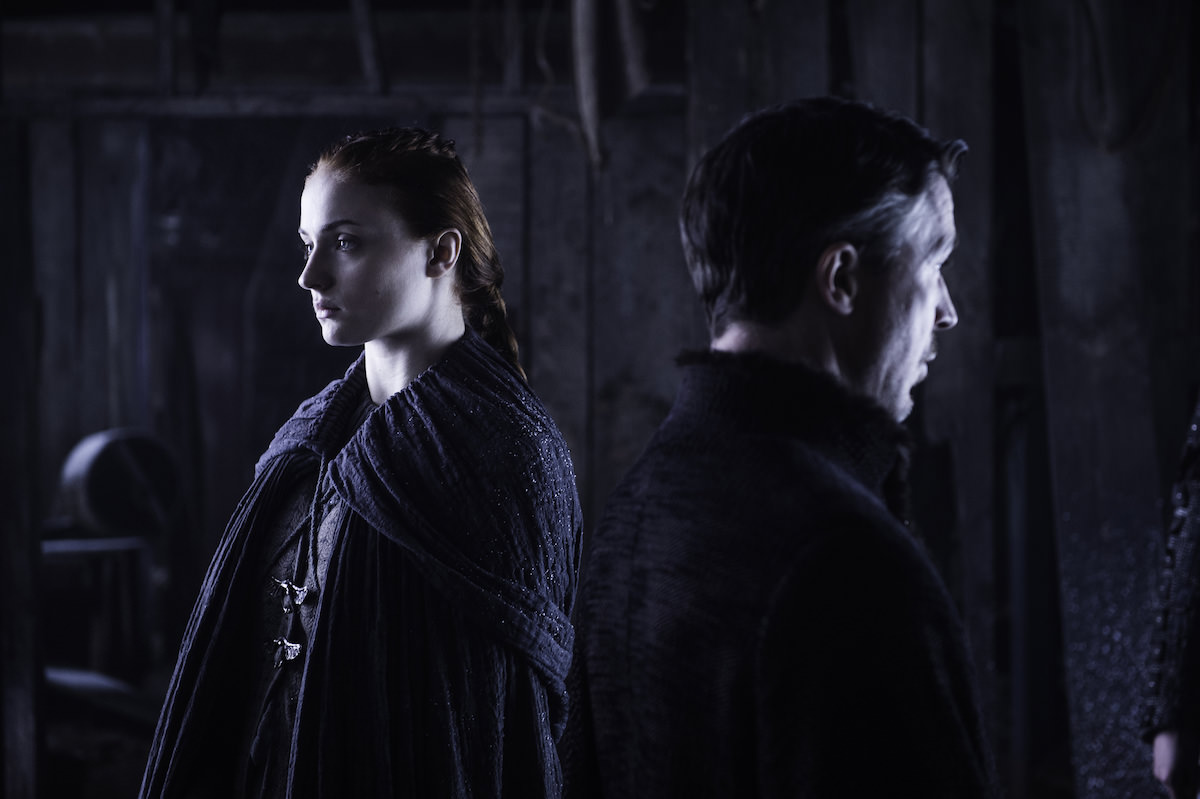 Not having it. Sophie Turner, Aidan Gillen. photo: Helen Sloan/courtesy of HBO

At Castle Black, Sansa continues her maturation into a formidable woman. It’s hard to think of a more satisfying verbal takedown than what she delivered to Littlefinger. But first, look how she took control of the war planning committee, where she joined Jon, Davos, Brienne, Tormund (whose fat crush on Brienne seems to be growing!) and a silent Melisandre as they plotted how they were going to retake Winterfell. It was Sansa who decided Brienne must go to Riverrun to convince Uncle Blackfish to join the remaining Starks against the Boltons. And it was Sansa who refused Littlefinger’s offer of help, making him squirm as she recounted just how poorly he’d “protected” her before. She told him he was either a monster or an idiot for leaving her with Ramsay. She asked him why she shouldn’t let Brienne kill him then and there. “What do you think he did to me?” she kept repeating, forcing him to account for the unspeakable physical harm that came from all his desperate ambition. Considering Ramsay’s rape of Sansa was last year’s most controversial moment, one that was difficult to watch and difficult to defend, watching Sansa belittle Littlefinger felt at least a little bit cathartic. Between Sansa, Brienne, Dany and Arya, the women of Westeros are hopefully staging a collective comeback. 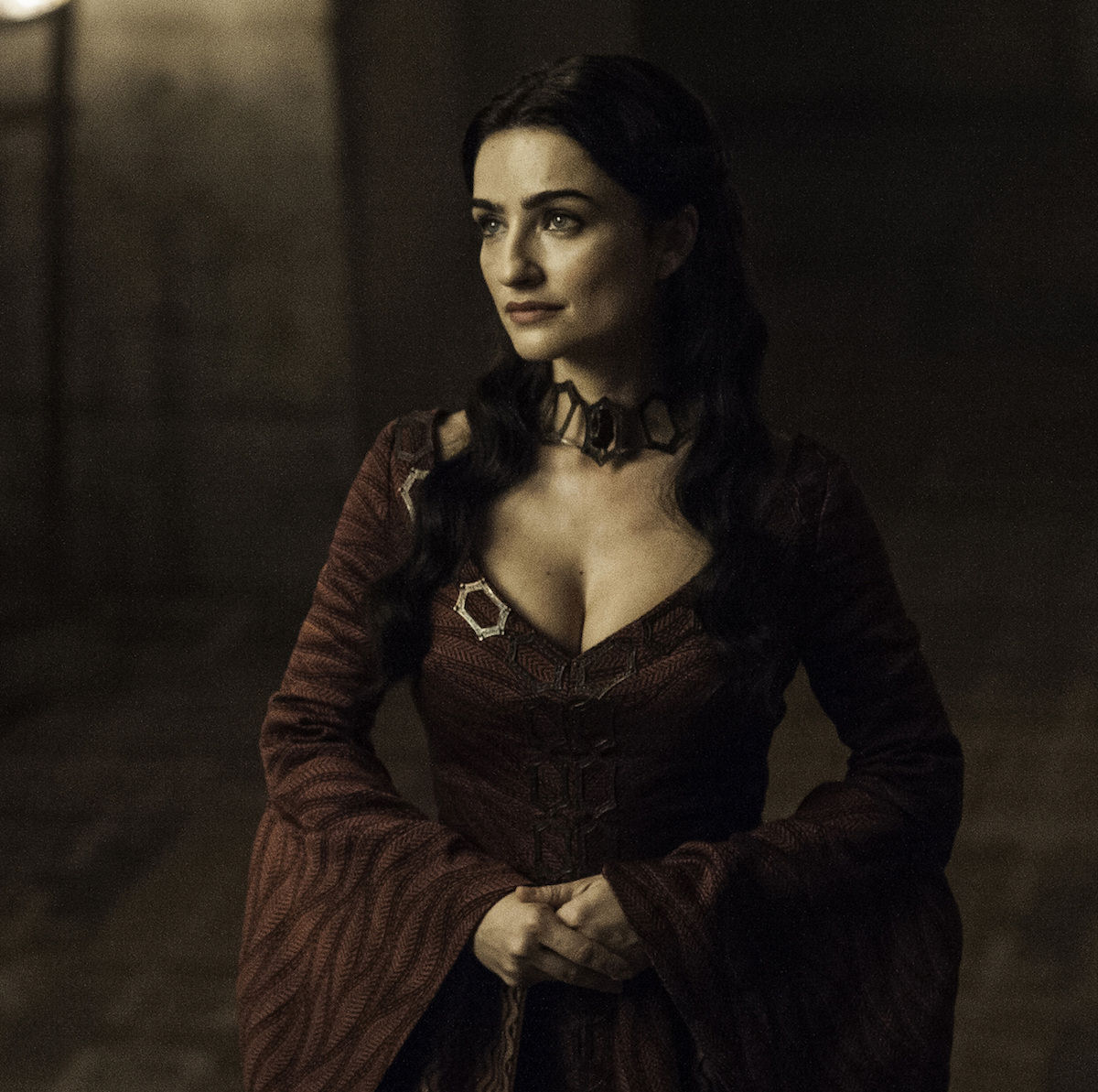 A new red priestess has been called in to help. Ania Bukstein. photo: Helen Sloan/courtesy of HBO

Things got weird in Meereen this week, when Tyrion calls upon a red priestess to help convince the people that Dany is the reason they’re free. Or something. Tyrion’s role as Dany’s fixer sounded great on paper, but at this point it’d be nice to get him closer to the action. The complex city state politics of Meereen and the feelings of the oppressed populace struggling with newfound freedom are, to put it mildly, a bit of a drag. However, the priestess, Kinvara, adds a little life to the proceedings. She responds to Varys verbal attack on her religion by creepily knowing exactly what he heard the moment he was castrated as a child. So yeah, that happened.

Meanwhile in Braavos, Arya continues to get smacked around by the Waif, who plum doesn’t like the former little princess of Winterfell. A girl’s first chance to make good on her second chance with the Faceless Men is to attend a play that mocks her father’s decapitation and eventually poison the woman who plays Cersei. It’s an interesting little situation; Arya is supposed to be no one now, but watching a bunch of people mock her father and make light of the worst moment of her life seems like a tough pill to swallow, even for a girl who drank the poisoned water last episode to prove how she really isn't Arya anymore.

Over at the Iron Islands, Theon gamely stepped up to defend Yara’s claim to the throne, only to have his brutish Uncle Euron mock Theon’s castration (yup, a lot of this going on this episode), admit to killing Balon, and, sort of ingenuously, apologizing for not having killed Balon sooner. The smartest thing Theon and Yara did was realize they weren’t going to convince their people that this Iron Born Trump-like braggart is bad for them (people love brazen dullards who refuse to apologize for stuff), so they absconded with a bunch of ships and sailed off before he could kill them.

One of Euron’s promises to his people? To offer the new fleet (which they all have to build, really quickly) to Dany (that’s not all he’s going to offer her, however), but for now, we’ve got a way more pressing Dany-related matter to attend to; her tear-filled speech to Jorah that she demands he find a cure for his greyscale and remain by her side. This came after Jorah admitted that yup , he's hopelessly in love with her. Oh, all of this happened with Daario standing right there! The look on Jorah’s face as Dany once again keeps him tethered to her, while her lover just stands there, wishing iPhones had been invented so he could have pretended to scroll through his. Jorah has been through hell and back to hear these words, and now all he has to do is cure his quickly metastasizing disease so he can rejoin Dany at some later date. The key for Jorah could be Davos, who possibly knows how Stannis kept his daughter Shireen’s greyscale from completely killing her.

We'll leave our crazy GoT brood here, with Daario's hilarious expression. See you next week, gang! 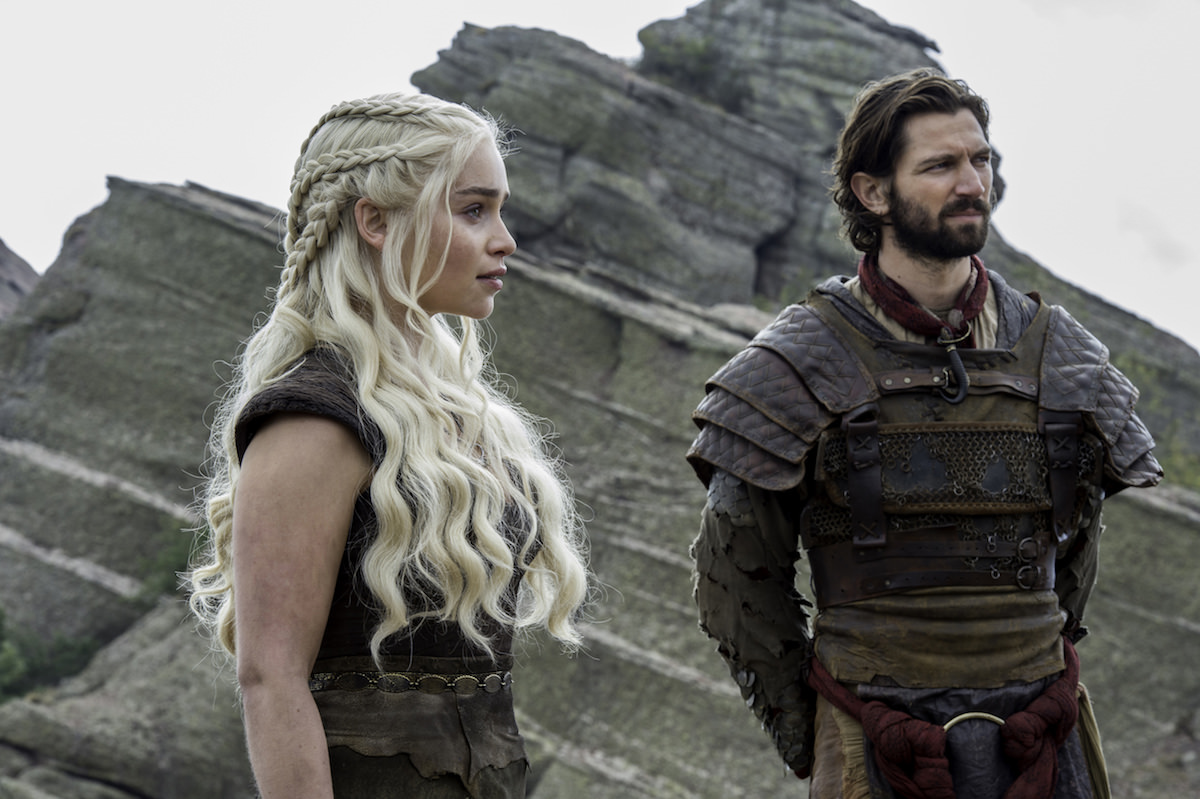 I feel like I shouldn't be standing here for this, thinks Daario. Emilia Clarke, Michiel Huisman. photo: Macall B. Polay/courtesy of HBO