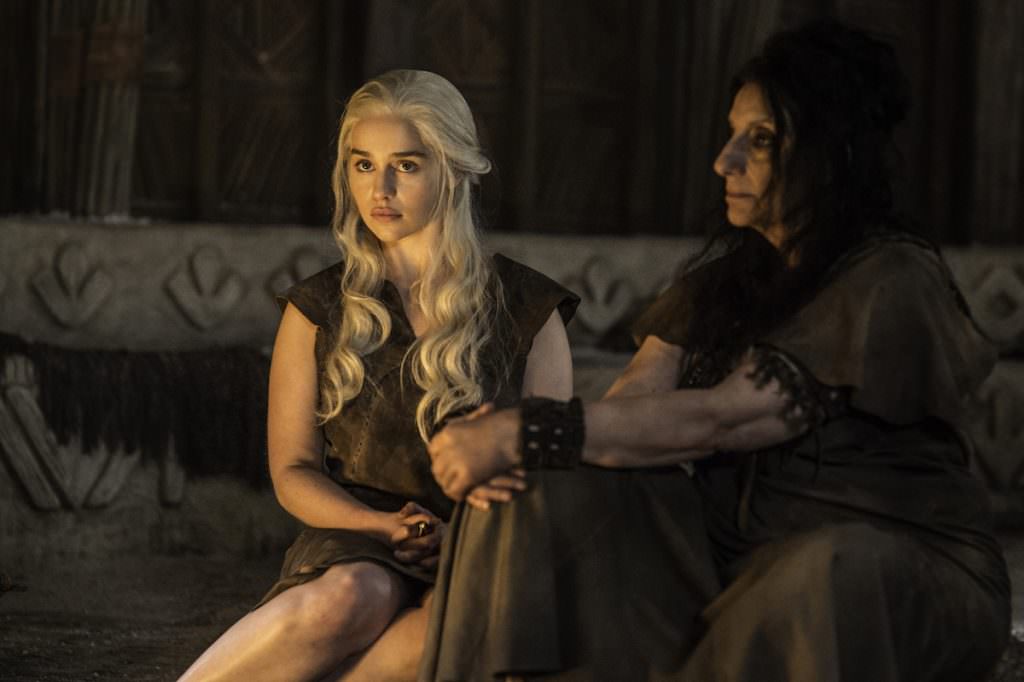 Game of Thrones Recap: “Book of the Stranger”

"Book of the Stranger" was, in a word, hot. Episode four of season six was a busy, beautiful bit of television, with major moments for some of our favorite characters, including a glorious reunion (Jon Snow and Sansa's warm, tearful embrace was the definition of cathartic) and perhaps one of the best kickers to end an episode in the show's long history of great kickers to end episodes. Let's break it down:

Sansa's arrival at Castle Black was one of the rare, rare moments in GoT that delivered exactly what fans have longed for—a Stark reunion! The fear after last episode was that Jon's decision to cede his Lord Commander role to Edd would have him leave Castle Black before Sansa, Podrick and Brienne could arrive, once again pulling the Stark rug right out from under us when two members of the family were just about to meet. Keep in mind this is a show that had Arya just missing Sansa at the Eyrie; Bran just missing Jon at Craster’s Keep; and, most horrifically, Arya not getting to Robb and Catelyn soon enough to possibly help prevent the worst wedding reception in history at the Frey's. Thankfully that didn't happen. The moment that Jon rushes towards Sansa to embrace her (in front of the entire Night's Watch, no less) was so irrefutably wonderful I kept wondering when something sublimely awful was going to happen, like Ramsay Bolton popping out of a big cake made of mutton and impaling them both. Since when does GoT give you teary-eyed reunions and hugs, especially when it comes to a member of the Stark family?

Once these two had a chance to wipe the wonder off their faces and finally chat, what became clear is Sansa's ready to fight, and she's not going to let Jon use his whole "hey I was murdered by my brothers" harrumphing as an excuse from helping her take back Winterfell from Ramsay Bolton. Sansa has come a long way from the spoiled, cosseted princess we met in season one.

From a purely strategic point of view, do you think Ramsay's letter to Jon Snow was handled well? Yes, it makes sense to alert your enemy that you've got their brother in your dungeon, but what does going full bore sadistic (I'm going to flay him alive, I'm going to rape your sister, etc.) gain you? Jon was wavering about whether he even wanted to take back Winterfell, but Ramsay's little missive erased any doubt. I loved the reunion between Jon and Sansa—how could you not?—but I'll wear a tuxedo and pop the champagne if we get to watch them and an army of Wildling's take back Winterfell and relieve Ramsay of his head. 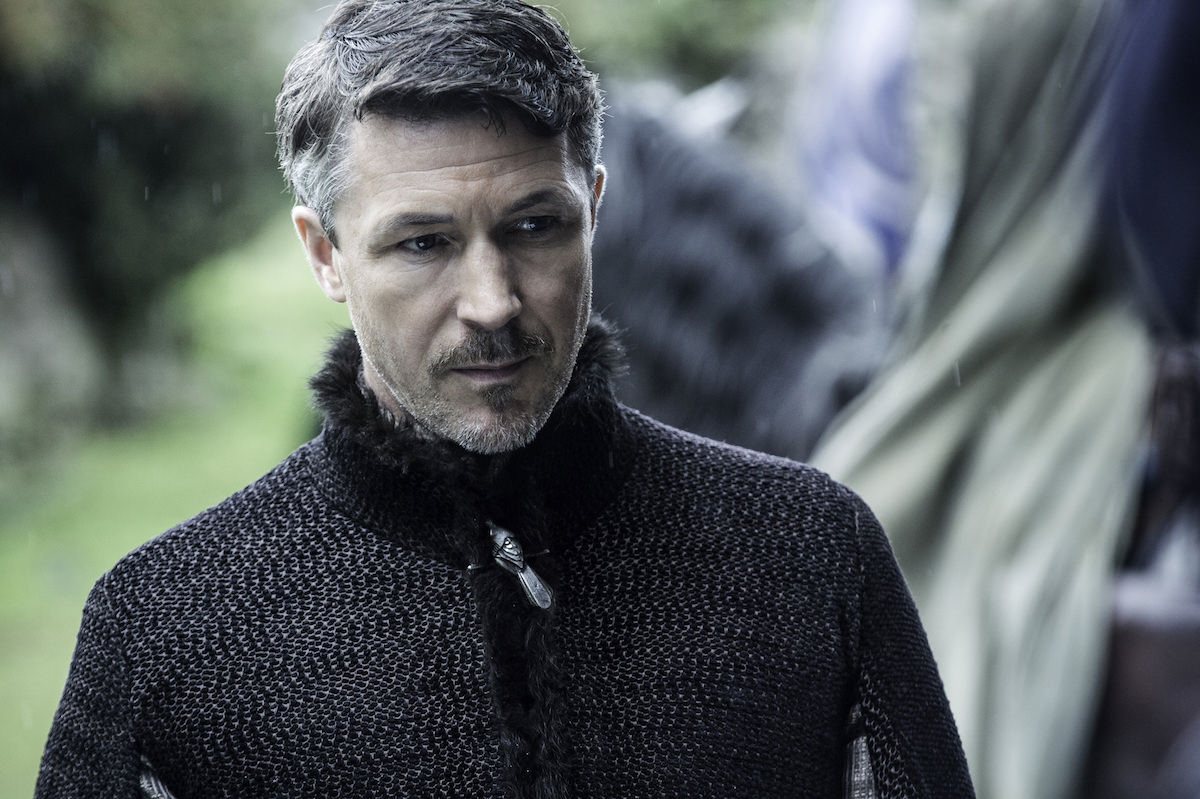 In a world of schemers, Little Finger might be the sneakiest of them all. The main takeaway from his part in this episode is that the coming war between Jon Snow and Ramsay Bolton, Little Finger, with the sniveling Robin, the lord of the Vale, in his palm, will make their presence felt in that battle.Which way might they tip the scales?

Cersei and Jamie seem to have finally gotten the Tyrells on their side, and all it took was the reminder that what the High Sparrow did to Cersei, specifically the naked walk of shame, he will certainly be doing to Margaery as well. Now it seems like the Lannisters and Tyrells will come together to overthrow the High Sparrow and his faith militant. Not sure where this leaves the Mountain and the whole trial by combat notion, and one gets the feeling that, once again, Cersei's moves will blow up in her face, but at least she's got some momentum. Meanwhile, the women really are proving stronger than the men in this show. Margaery is made of steely stuff, as she has proved in her handling of being imprisoned (forever), but her brother Loras can't take it anymore. 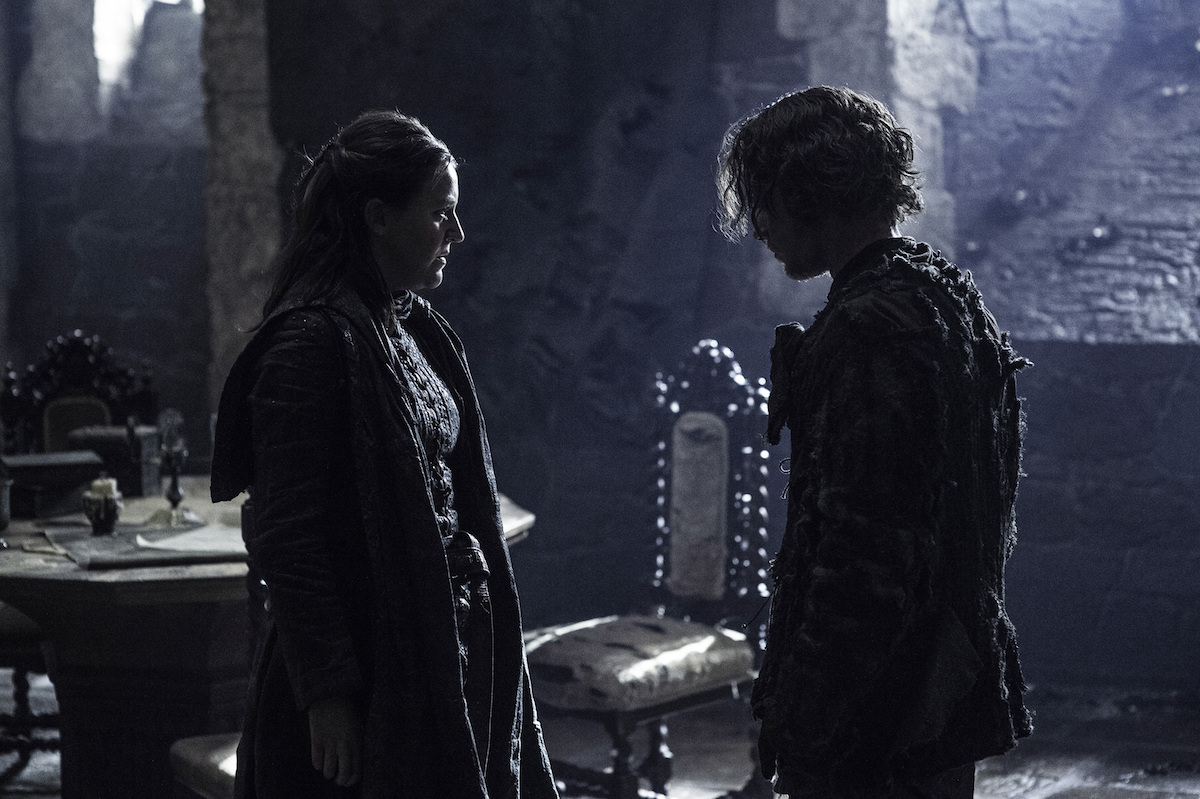 Theon's back at the Iron Islands, whimpering, and Yara's not having any of it. This gal is tough. But, Theon surprises her by telling her he wants to help her gain control of the Islands, as she rightfully should. Hmm, this little thread might unravel a lot of other parts of the Westeros world, and it'll be interesting to see how Theon might help his sister going forward. The characters who have suffered the most (Theon, Dany, Jon Snow) are the ones who seem most poised to change the world order.

And meanwhile at Castle Black, Brienne is definitely not having any of the Red Woman, and woe unto anyone who gets in her way at this point. Brienne has waited a long time and worked very hard to live up to her promise to Catelyn to protect her family, and in the process she has really come into her own. She also snuffed out one little mystery—she admits to executing Melisandre's former chosen one, Stannis, and essentially tells her that she hasn't forgotten who murdered her former boss, Renly.

Maybe Don't Have All Your Toughest Men in a Room That's Easily Engulfed in Flames?

Or, what we talk about when we talk about Dany as a Dothraki captive. It seems our Mother of Dragons is right back where she started, proving to a stunned army of horse lords that she's mega-tough and also flame-retardant. Not sure why that house went up in flames so quickly, but, it was thrilling to see Dany emerge, unburnt, to take her place as the Dothraki's undisputed leader. The thing is, George R. R. Martin has said, vehemently, that Targeryns are not immune to fire (remember her brother caught the business end of a molten crown and died), so Dany's ability to withstand flames is something different, perhaps dragon-related, and kind of confusing. Nevertheless, Dany is something else, and along with the resurrected Jon Snow, she is the most God-like character on the show, hence the Dothraki kneeling before her at the episode's end in awe.

What'd we miss (Besides Tyrion's 7-year plan to end slavery)? What'd you think of the episode?