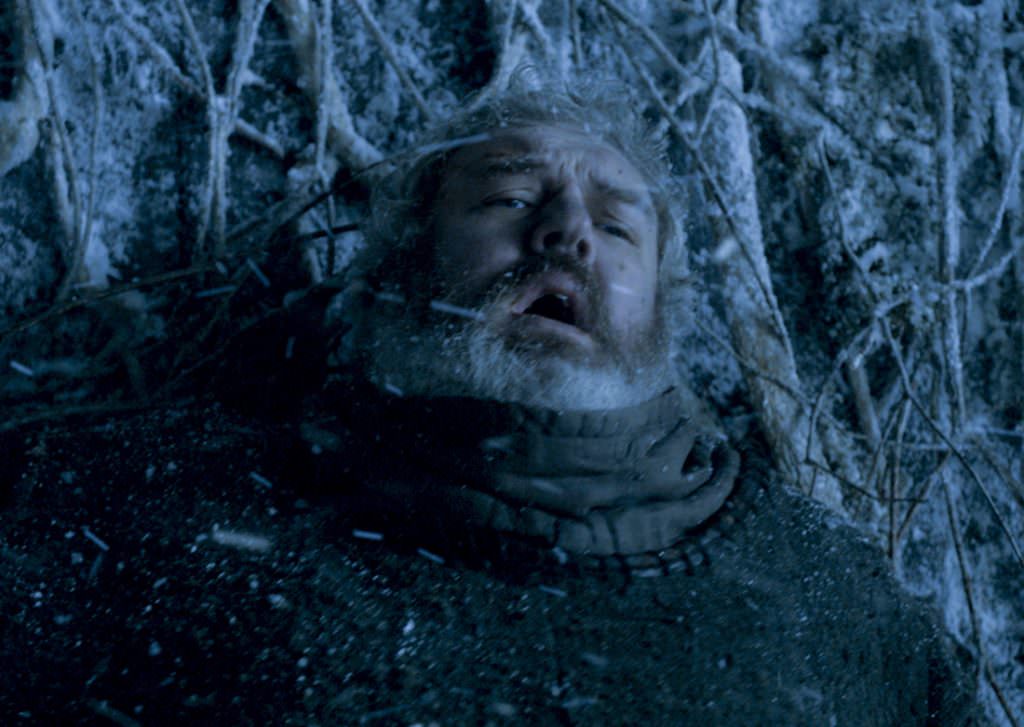 If you're not caught up with Game of Thrones, now's the time to turn back.

As we discussed in our recap, the final minutes of last Sunday's episode "The Door" were a revelation—the gentle giant known as Hodor (and revealed this season to have originally been named Wyllis, a Winterfell stable boy who could very much speak) went from one of GoT​'s plainest, most laughable characters into one of its most astonishing heroes. The outpouring from fans across the globe since Hodor did exactly what he was fated to do—hold the door—giving up his life to save his paraplegic charge Bran Stark, has been immense. The origin of both Hodor's name and affliction came as such a shock, for both how deftly it was handled and how much it transformed a character before our eyes. It began with Meera calling to a warg-ing Bran Stark to take hold of Hodor's mind (an act that, in the books, is considered an major moral trespass) and tell him to "hold the door," which subsequently short-circuited young Wyllis's brain. He went around forever after saying "Hodor," an abbreviated version of his single, most important task, and in the process became the butt of jokes, both within the world of the story and for fans of the show.

After Hodor did indeed hold the door against a bunch of blood thirsty wights, saving both Meera and Bran's life, he became one of Game of Thrones most enduring heroes. As the New York Times reported in an interview with the 6-foot-11 Irish actor Kristian Nairn, Hodor has become an object of fan adoration the world over. “He is a hero now, but I think he always was, in his own way," Nairn told the Times. "He’s proven himself now — he’s not just a joke. But I want people to remember him both ways, because I think it’s fun as well.”

We suggest you read the whole interview here, which touches upon the huge fan outpouring, the way the show's climatic ending has crossed over into the real world, and how the show's creators described the revelation as one of the most shocking they've encountered while working on adapting George R. R. Martin's epic book series for the screen.