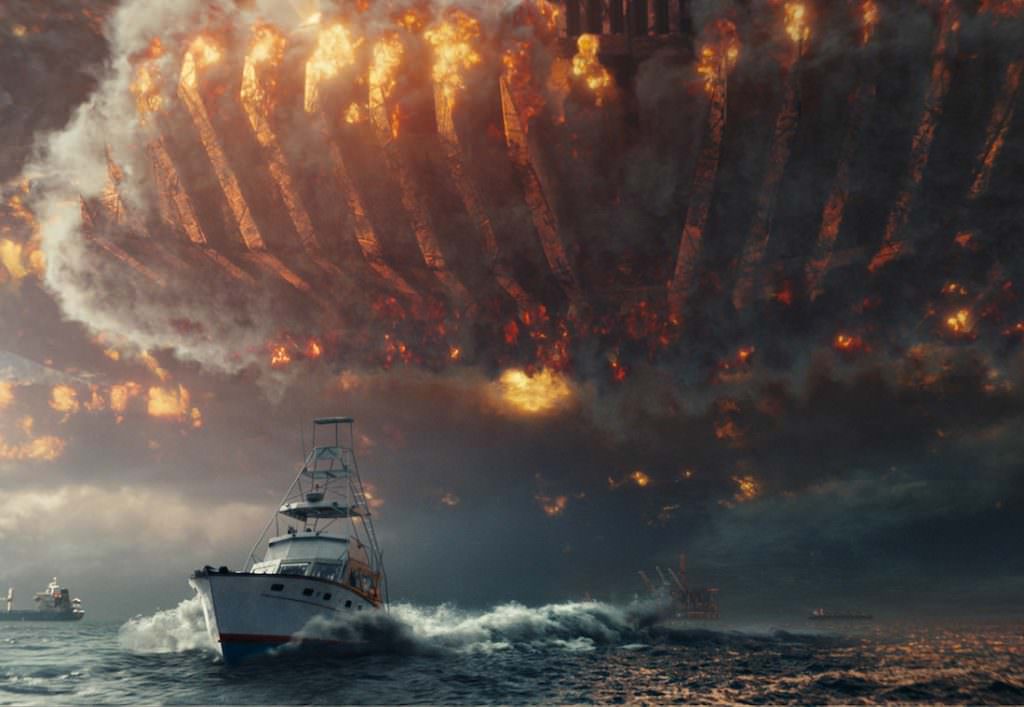 A whopping, nearly 5 minute extended Independence Day: Resurgence trailer has been dropped by 20th Century Fox UK, and it's got a bunch of new footage. The first thing you'll note in this new trailer is the emotional heft of the proceedings; the "War of 96," from the first Independence Day, has taken it's tool on a lot of the characters from the original film and those connected to them. We all know Will Smith couldn't make his schedule work for Resurgence, so they wrote his character out of the film via death; he was killed test piloting an alien fighter jet. This loss, and the millions of people who died during the War of 96, reverberates through the opening of the trailer.

One of the new bits of information we get here is the fact that right before the mothership was destroyed in Independence Day, it let loose a signal into deep space; a distress call. And it's this call that's now being answered, 20 years later, in Resurgence. With two decades to prepare for another attack, the world has created a global defense alliance, powered by alien technology and including soldiers from countries all over the world. Will it be enough? The extended trailer shows just how much director Roland Emmerich revels in putting humanity through the ringer. Now, instead of raining hellfire on us from above, the aliens are able to pull us into them, by leveraging their own gravity. You'll see this at the 2:25 mark, and it's reminiscent of the Sokovia storyline in Avengers: Age of Ultron; the bad guys pick up a city and all it's people only to drop it again, lethally.