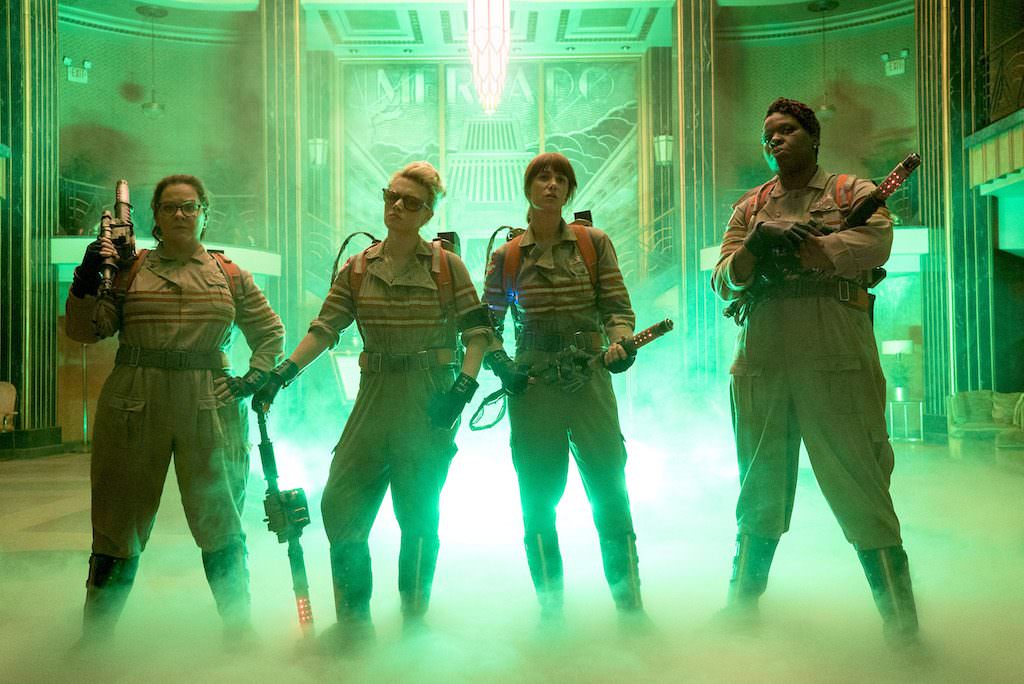 Check out the new Ghostbusters Trailer

Folks, there's a new Ghostbusters trailer, and if you're one of the millions of people who actually enjoy watching movies before deciding whether or not you like it, you should be excited. While a lot of press has been made about how the last trailer was the most "disliked" in YouTube history, it was obvious to most people the haters weren't motivated by what they saw in the trailer but by who, namely an all female cast taking over the roles made famous in 1984 by men.

Let's take a second to just think about that and imagine a world in which the original Ghostbusters was a work of perfect art, a Mona Lisa of 1980s comedy sci-fi that resists all attempts at reinterpretation by the sheer virtuosity of it's filmmaking brilliance. Please. If you're a child of the 1980s then, yes, Ghostbusters was great. I loved it. Loved. But spare me the notion that it was somehow sacrosanct. This isn't a remake of The Godfather with the cast of The Big Bang Theory, gang. This was a movie about grown men in onesies battling ghosts with laser beams! (Sorry, I meant a 'proton pack that creates a charged particle beam composed of protons, fired by a proton gun….at ghosts.)

Your new Ghostbusters has a great cast with a great director. Period. They're taking up a beloved 1980s film and doing their own thing with it. Period. And it's one of countless reboots, re-imaginings, remakes and re-whatevers that has been filling screens big and small for the past 16 plus years, yet it's the only one that's made press with the sheer volume of pure, uncut hate it's received. Just this past week at the TV upfront presentations here in New York it was revealed that MacGyver, Tales From the Crypt, MTV's Unplugged, 24, Prison Break, Gilmore Girls, The Exorcist, Training Day, Taken, Twin Peaks (yes!) and even a potential remake of Cruel Intentions (with Sarah Michelle Gellar!) are all coming to the small screen. A remake of MacGyver! This some six years after MacGruber already MacGyver'd the hell out of stuff on both SNL and in his own film adaptation. And this is just on TV! Again, the proton pack of misery being fired at Ghostbusters has nothing to do with remaking a beloved film, and everything to do with the fact it's women replacing men, and it's a reaction that is so boring. It's 2016 for Slimer's sake, how is it people are actually getting worked up over this? We're living in a re-made world, and out of every project we mentioned above, re-making Ghostbusters with a female cast actually feels right. We're excited about this film. We think you should be excited about this film, too.

(The number of people who hate the idea of an all-female Ghostbusters whose minds were changed by the above equals precisely zero.)

Anyway, in this new trailer, there's a lot to love, including seeing our four leading ladies in action against more ghosts than the boys battled in the original Ghostbusters and Ghostbusters II combined. Melissa McCarthy, Kristen Wiig, Kate McKinnon, and Leslie Jones are beyond worthy to be the ones you call if there's something strange in your neighborhood. This isn't an all female remake of 12 Angry Men (besides, Amy Schumer already crushed that), it's hilarious women who have proven themselves hilarious in countless roles playing hilarious women fighting ghosts. That's what this is. So enjoy this new trailer, especially the one major reveal at the end.