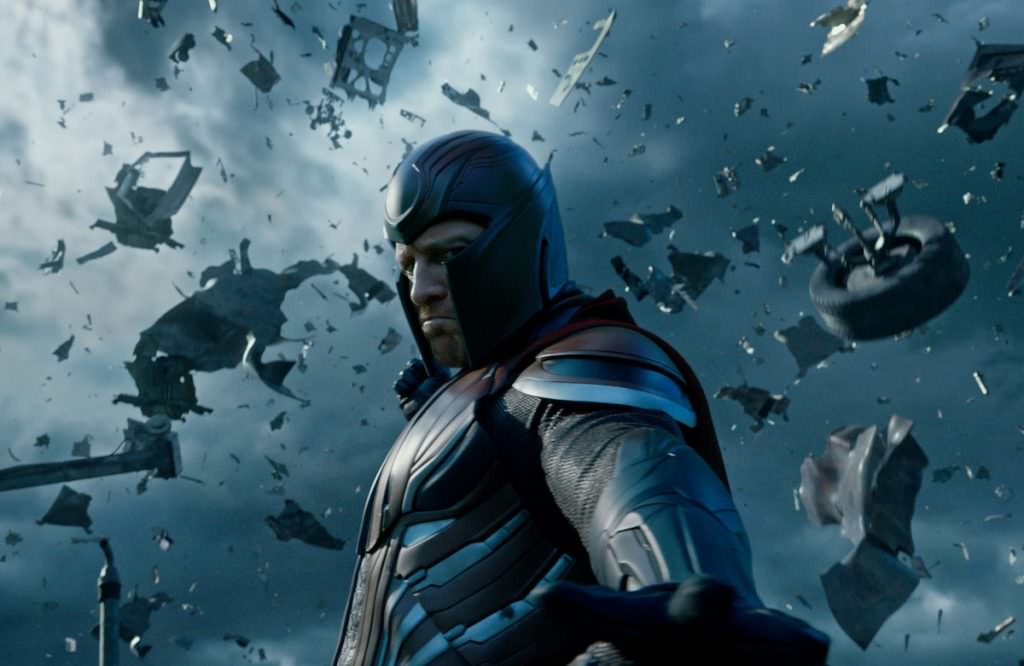 John Ottman is a very busy guy.  He was composer, editor, and co-producer of X-Men: Apocalypse, which he describes as “running the store.”  But that’s not all – he also composed the score for another film opening this month, The Nice Guys, starring Russell Crowe and Ryan Gosling and written and directed by Shane Black.  Somehow, he managed to find a few minutes to chat about both projects.

You’ve worked on X-Men movies before.  What’s new and special this time?

Well, you will probably hear right away some big Egyptian chanting which you can't miss in the opening sequence. It was inspired by the setting — it's ancient Egypt and it is the back-story of Apocalypse and how he transferred himself into another body in the past. And it's a very, very long sequence as an action sequence goes, and of course there is not any dialogue, so the music has to support the whole thing and there's nowhere to hide. So I just had to do some balls-out music that’s telling a story that constant, that was going somewhere, so that no one would get bored. And there’s a lot of choir in the score. I mean any film with a character like Apocalypse is almost obliged to put choir in the score. So there's a lot of choir throughout the score obviously for a lot of the large-scale scenes, but even for a lot of the sensitive moments in the movie.

And how was it performed?

It’s written with computer software, but it’s recorded with a full orchestra so it's a very truly orchestral score — much more traditional than the last film, which had more of a modern score using more synthesizers with the orchestra. So this one is more in the footsteps of way back in X-Men 2 where it was a more thematic orchestral score.

The X-Men movies take place over decades. When is this one set and how does the music help create the time period?

It starts in the ancient past but basically it’s a linear story, taking place in 1983.  Believe it or not that was part of the challenge of it. When you're jumping back and forth between time zones, it is complicated. However you can fall back on going somewhere else to keep the film fresh musically. So this was a difficult movie. First, it has the burden of introducing all these new characters, the younger versions of the classic characters, Storm, Jean Grey, Nightcrawler, Cyclops. And so it has to introduce all those characters but at the same time, it has the expectation of being the wrap-up of the three film cycle starting with First Class.

And of course, this is probably the first time in an X-Men movie that we have such an overt villain descending upon the X-Men. Usually Magneto has been the villain with the classic argument between activism and pacifism between him and Charles Xavier. But this time this dude from the past comes into the fray. I guess the hardest thing about a film with a villain who ultimately has to meet his demise is they inevitably go to the place where everyone has to team up against the villain, so how do you do that in a clever way?

I think the main theme that I started with X-Men 2 is well established within the X-Men universe. So as the James Bond series has their opening, we have our little classic opening so that puts you in the world of X-Men. And there are some character themes that I have revisited or expanded upon. But from there it's pretty much a very new movie. Again it's the classic characters but this is their beginning.

How do you musically introduce us to this new supervillain?

I always treat the villains or bad guys from their point of view or at least a large part from their point of view. I mean Apocalypse is like Donald Trump; he's a narcissist. So I wanted the music to be from his point of view. The movie has a noble conqueror kind of melody to it. And then is a second part of his theme which is these soothing religious chords and that's because he is also a sweet talker and he seduces these people into doing what he wants them to do for him. And also he fancies himself to be the God of the Old Testament so I always wanted for there to be some thoughtfulness even with a villain’s music because it just adds a little more dimension.  Every villain was a baby at some point, had parents, and grew up. So something went wrong somewhere. And so I always have a little bit of empathy for the villains by trying to compose for them.

What comes first, the editing or the music?

The editing always come first because, you can't have a movie without the editing and certainly you can't have a score without there being a movie to score. So I'm always thinking — worrying I should say — about the music, but the making of the movie is so overwhelming in terms of storyboarding or planning or designing sequences as we are shooting, and visual effects issues and moving actors and test screenings and studio politics. I just say it's like a giant football field of whack-a-moles is what basically making the movie is. Except for worrying about it, I completely forget about writing the score until later in the process after I have a cut together. And then somehow during the point where we feel like there is a film that we can watch and judge, I start trying to write the score in my free time.

The Quicksilver “Time in a Bottle” sequence was the highlight of X-Men: Days of Future Past.  Will we get to see something like that this time?

Yes, Quicksilver has another song, but it’s a darker scenario.

And you also have another movie coming out this month, The Nice Guys, set in the 1970’s.

Yes, and the score was very, very 70s. It was funny because the film is very similar to Kiss Kiss Bang Bang [from the same writer/director, Shane Black], which is one of my favorite scores. That movie was actually not a period piece, it took place in the present day but I decided to give it a sketchy feel by doing a 60s kind of vibe score whereas this one is a period piece that takes place in the 70s. So I was trying to figure out a way to be unique but we really just decided to go full throttle 70’s.  We have some great songs from the era but a 70’s mystery kind of a theme and that’s we’ve got to jam in there wherever you can.