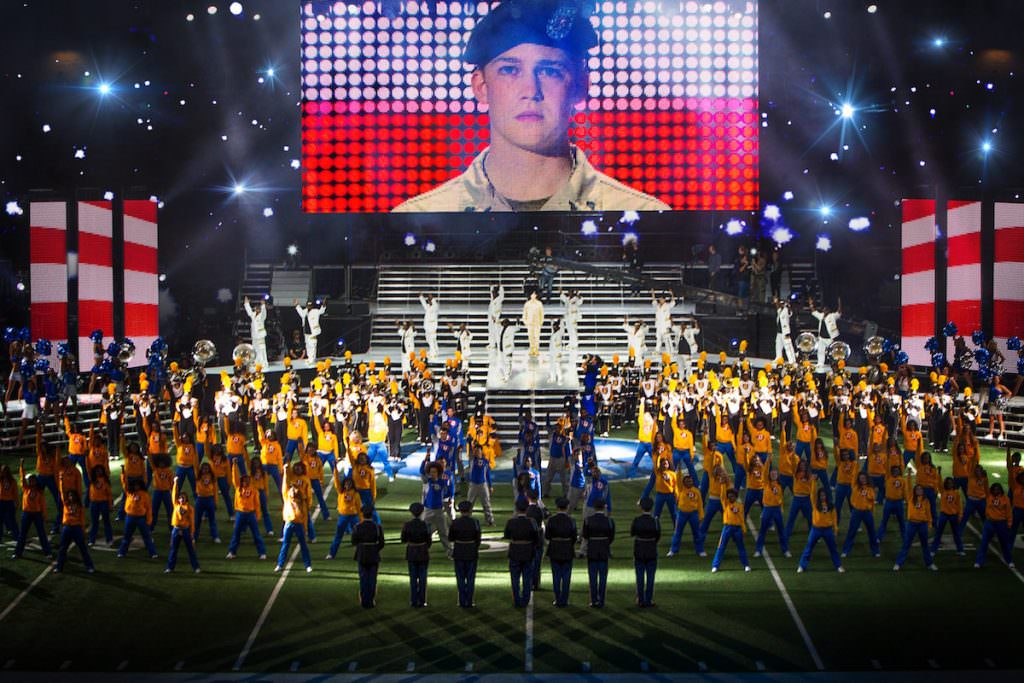 Sony Pictures has released the first teaser trailer for director Ang Lee's Billy Lynn’s Long Halftime Walk, which centers on a squad of Iraq war vets who are paraded around America on a victory tour. Lee adapted the film from the novel by Ben Fountain, which won the National Book Critic's Circle award for fiction in 2012. You've probably heard about Lee's use of 120 frames-per-second at 4K resolution, a groundbreaking decision meant to heighten the realism of the war flashbacks. Lee unveiled an 11-minute snippet of the film at Cinemacon to rave reviews, leaving many in attendance gasping.

The present day of the film takes place at a football game on Thanksgiving, where the soldiers, including Lynn, are going to be honored at a big halftime show. Lynn is played by newcomer Joe Alwyn, and the rest of the cast is stellar, including Vin Diesel, Kristen Stewart, Chris Tucker, Garrett Hedlund, and Steve Martin. It’s the rare war film that follows soldiers once they return home, and, as Lee told the USA Today, it’s a story about “a young man learning his place in the world, and of the special brotherhood among men at arms, the depths of their bonds, and the sacrifices they make.”

“It is sort of weird being honored for the worst day of your life,” says Billy in the trailer, perfectly summarizing Lee's film.