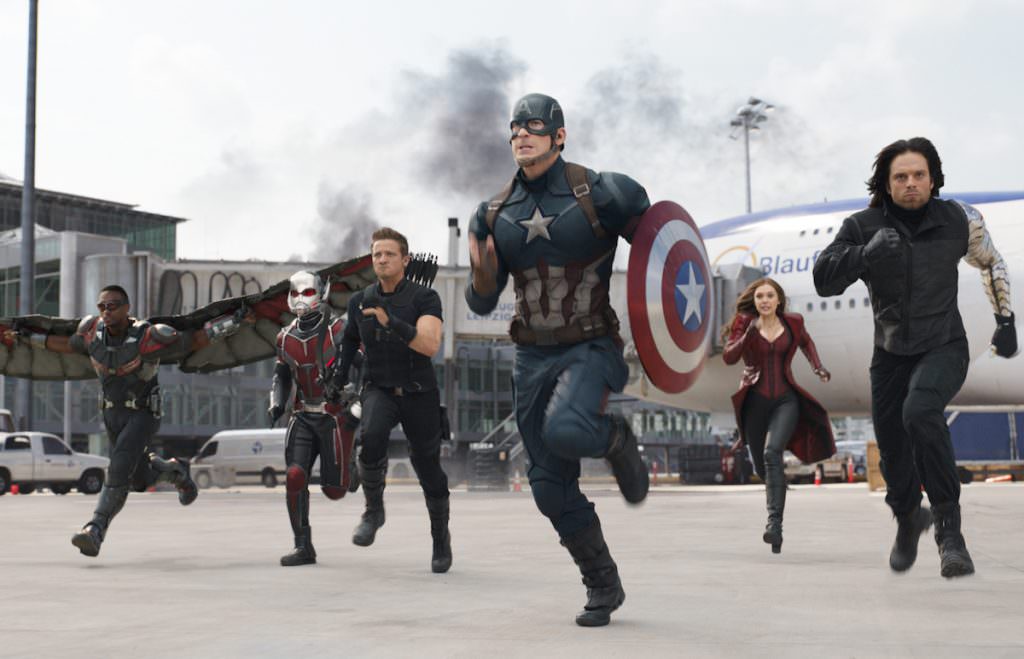 Which Side has the Advantage in Captain America: Civil War?

At this point you've seen enough teasers, and trailers clips from Captain America: Civil War and you're ready for the rumble. Yet as Marvel keeps releasing little bits here and there, we feel duty-bound to share them. What these new Team Cap and Team Iron Man teasers allow you to do is assess how evenly matched you think the two sides actually are. Fighting for Team Cap are Hawkeye, the Scarlet Witch, the Winter Soldier, Ant-Man and Falcon. Fighting for Team Iron Man are the Black Widow, War Machine, Vision, Black Panther and, presumably, Spider-Man. Does anyone have an advantage here?

Isn't it worth exploring the fact that Team Iron Man has a certifiable non-human made up of indestructible material in Vision? Then again, the major X-factor for Team Cap would have to be the Scarlet Witch, whose powers were only hinted at in Avengers: Age of Ultron. It seems that from a purely superpower standpoint, Cap and Black Panther might cancel each other out, ditto Hawkeye and Black Widow (who are mere humans who incredibly good at fighting and, in Hawkeye's case, shooting a bow and arrow). The Winter Soldier's skill set remains…mutable, it seems. He's like an extra suped up Cap, only angrier. And if this chase scene is any indication, he's at least almost as fast as Black Panther. Your two "man" superheroes—Ant-Man and Spider-Man—have intriguing skill sets they'll be bringing to the fight that make them sort of outliers. One shrinks, the other slings webs! One's funny, the other's a teenager. Go figure!

Check out the promos below, and let us know who you think would win this fight if, say, an entire franchise wasn't riding on the film's outcome and this battle was purely about which side had the advantage and would actually triumph.