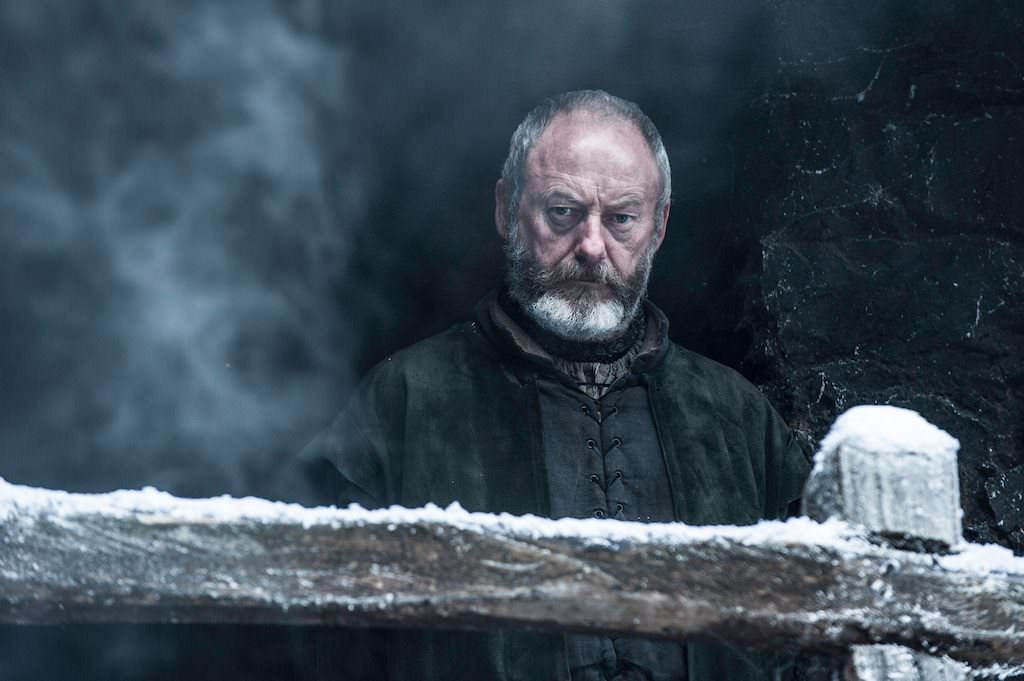 Game of Thrones has just dropped the first clip from season six, and it's predictably intense and awesome. They've also revealed the title and synopsis for the first episode, via a great interview between Liam Cunningham, who plays Davos, and Conan O'Brien.

So first, the premiere episode is titled “The Red Woman," and has this logline: “Jon Snow is dead. Daenerys meets a strong man. Cersei sees her daughter again.” Here's what you can take away from this; Jon Snow is probably not dead. Or, he's coming back. But in this clip, at least, Snow is definitely dead.

Second, the episode was written by executive producers David Benioff & D. B. Weiss and directed by Jeremy Podeswa (we interviewed Podeswa regarding his work directing for Game of Thrones last year).

The clip itself is fantastically tense (and brief). You've got not only Davos and a group of men presumably protecting the dead body of Jon Snow, you've got Snow's direwolf, Ghost, ready to tear some Crows to shreds. Check it out.