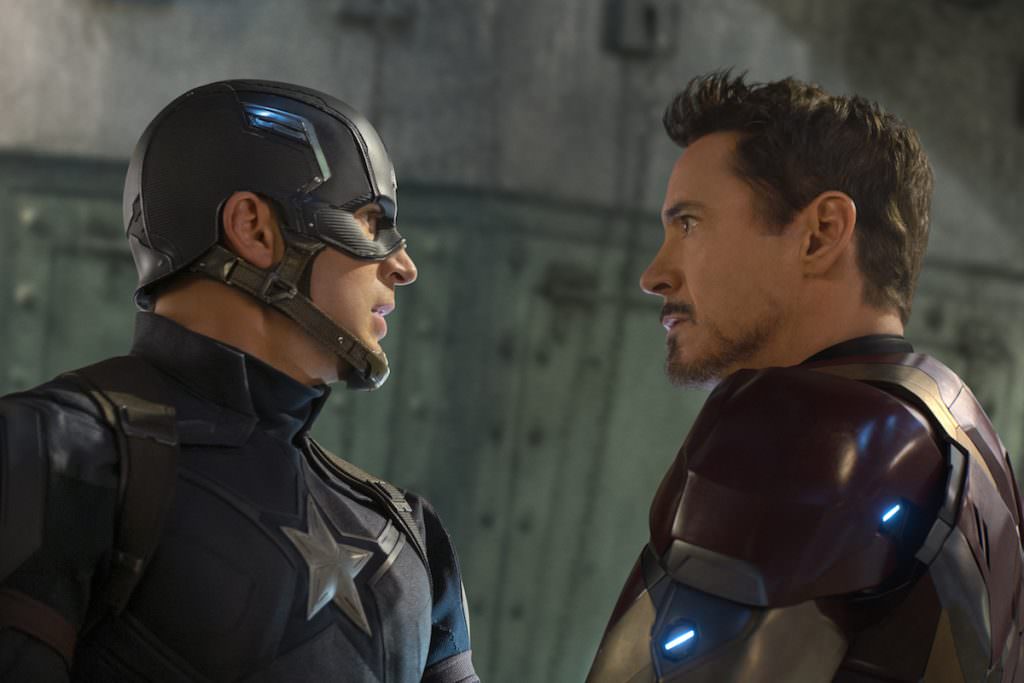 Captain America: Civil War is the most satisfying Marvel film to date. Directors Anthony and Joe Russo and screenwriters Christopher Markus and Stephen McFeely have essentially crafted the third Avengers film in everything but the title (including the omission of two major characters), and while they've scaled down the stakes (for a Marvel film), leaving the global population relatively safe no matter the outcome, they've managed to intensify the emotional investment. For a film situated inside a colossal "cinematic universe," it's doubly impressive that Civil War works as an outstanding stand-alone action film, and, within the context of the MCU, as a deeply satisfying continuation of several storylines from the Marvel films that have preceded it. Plus, Black Panther and Spider-Man get worthy introductions (or re-introductions, in Spidey's case) and are standouts in the film. And Paul Rudd's Ant-Man practically steals the film in the climatic stand-off near the end. 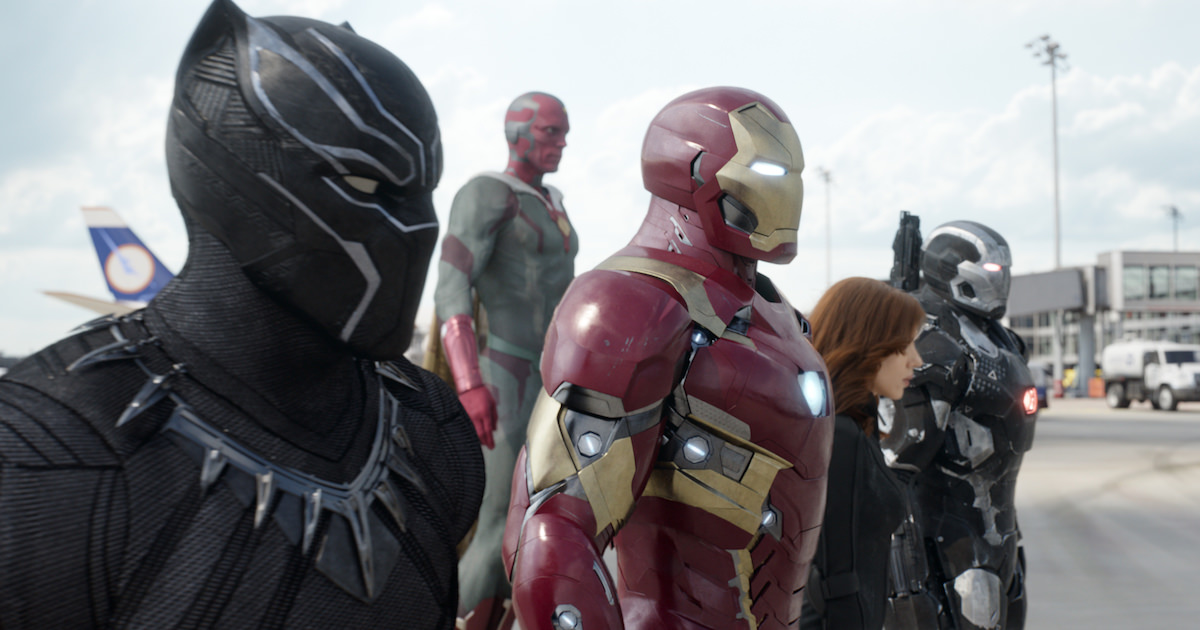 The problem with creating a universe of films is they can function less like standalone works and more like episodes in one giant mega-narrative. And this can (and does) handcuff writers and directors into burning precious minutes of run-time teasing minor characters and seemingly random subplots to prep audiences for future films. What's remarkable about Civil War is that these obligations actually enhance the story we're watching when it comes to the two big superheroes with pending movies; Black Panther and Spider-Man. As this is a spoiler free review, we won't explain exactly how and why each of them is threaded into the main story here, save to say that Chadwick Boseman has serious gravitas as Black Panther and a real vested interest in joining Tony Stark's side of the battle, and Tom Holland, with wit and charm to spare, as well as the fidgety energy of an actual teenager, looks like a fantastic choice for Spider-Man. Black Panther quite easily becomes the coolest looking superhero you've ever seen, and his fighting prowess more than lives up to his name. And Spider-Man's introduction is pitch perfect, a scene that will resonate for many reasons, but to spare any details would be to rob you of it's charm. 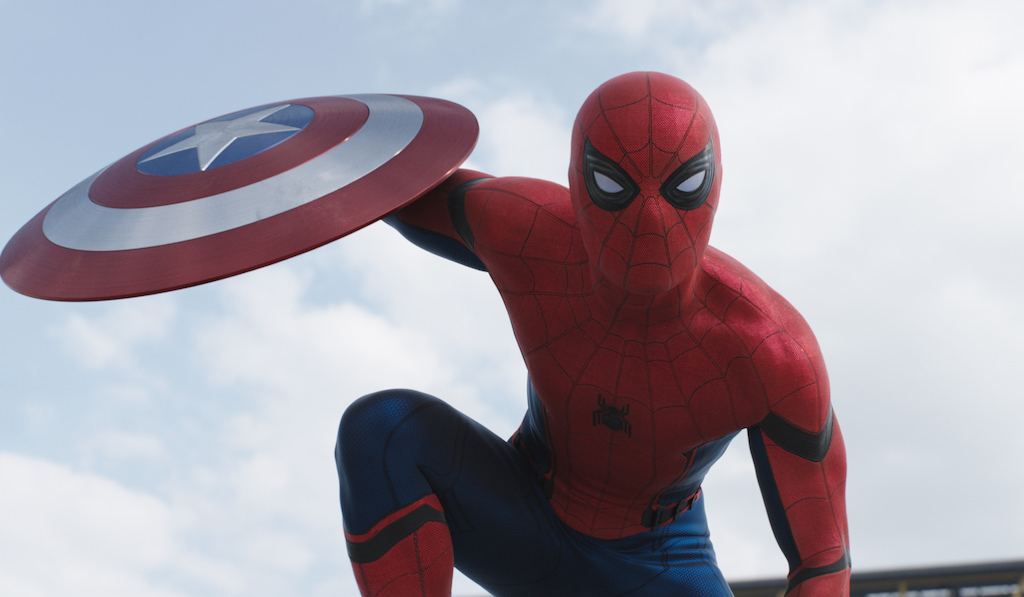 Spider-Man offers some of the film's most inspired moments. Courtesy Walt Disney/Marvel.

The main thrust of the story you already know: many nations (117 to be precise) have come together and signed an accord that demands the Avengers come to heel under the United Nations after countless civilian causalities in places like New York, Washington D.C., and Sokovia. Tony Stark is given extra reason to want to be "put in check" after a powerful moment with an aggreived parent (in a cameo by a seriously great actor) gives him more than enough reason to feel bad about himself. This moment comes directly after one of the film's truly wow CGI moments, and the biggest shock here is it's not in service of any brutal fight or explosion. All we'll say is it involves a new invention of Tony's, and that creating the scene was one of the biggest obstacles the wizards at Industrial Light & Magic had to face for this film.

So here's your philosophical divide: Tony wants to sign the accord, creating Team Iron Man, and Steve Rogers, aka Captain America, of course, does not. Rogers believes signing over the Avengers ability to decide where and where not to go would make people less safe. At the center of Captain America's thoughts and motivations is the fate of his old friend Bucky Barnes, the Winter Soldier, who is once again being used as a pawn by nefarious players, and who is one of Civil War's surprisingly emotional center points. The philosophical divide between Iron Man and Captain America is presented with clarity and concision, and is deepened as the film races for it's climatic finish. What's more, Captain America finds himself as a rogue in his own film, a clever bit of scripting that gives the usually squeaky clean Cap a new rebellious streak, yet burnishes his central character trait; he'll do what he believes his right, and he's loyal as hell. 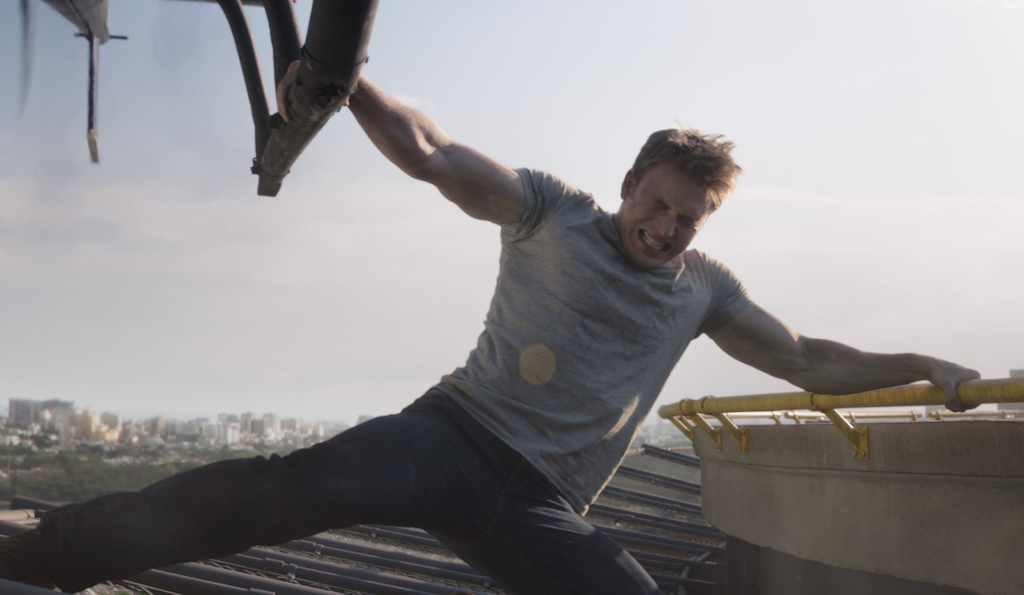 Cap will do anything to save Bucky Barnes. Courtesy Walt Disney/Marvel

There are several fantastic action set pieces, including a chase involving the Winter Soldier (running), Black Panther (chasing) and Captain America (trying to keep Black Panther from killing his friend) that's extremely satisfying. Just watching the Winter Soldier and Captain America escape from German Special Forces without killing any of them is a hoot, but the real kick comes when you get to see Black Panther in action. For fans who have been waiting a long time to see this superhero on the big screen, you are going to love every moment he's in. There's also one bit of business with the Winter Soldier commandeering a moving motorcycle that's practically worth the price of admission alone.

There are also a lot of light moments in the film, too, with banter between characters who have rarely spoken to one another before (there's great stuff between Anthony Mackie's Falcon and Sebastian Stan's Winter Soldier) and characters who are tired of speaking to one another (Cap and Iron Man, the Black Widow and Iron Man, everyone an Iron Man) that keep the film light on its feet. And there's a surprising little romantic subplot between two characters you'd likely never suspect that, even more surprisingly, triggers a major catastrophe in the plot later on.

Yet the moment everyone will be waiting for and that's been teased in nearly ever trailer and TV spot is the battle between Team Captain America and Team Iron Man—and it more than lives up to it's hype. In fact, it's the rare mega brawl where you actually wouldn't mind to go on a little longer. Instead of buildings collapsing and civilians screaming (and dying) all around, you've got superheroes giving each other their absolute best shots, with inspired camera work, and the joy of seeing the teenage Spider-Man mix it up with all these hardened Avengers and have a great time doing it. They manage to make the fight credible (in a Marvel universe, that is) with these characters gifts and powers being met and matched by their foe. Pretty much everything involving Spider-Man and Black Panther in this brawl is fantastic, and, there's one giant surprise that gives the whole proceeding an uncanny, almost whimsical air.

Yet whimsy dies out pretty quick, and this is where Civil War elevates itself even further. You anticipate a big hug at the end of this film. Maybe you get it,  maybe you don't, but what the final act of the film is not is this big showdown between Team Cap and Team Iron Man. It's a relatively quieter, but far more brutal fight. We won't say a word about it, but it's something to behold, and speaks to one of the positives of Marvel's commitment to creating a cinematic universe—when two characters you've come to know over the course of several films, and who have come to know, and like (maybe even love?) each other, decide they really do want to hurt each other, the emotional impact is magnified. Yes, you know they're going to survive (they've got more Marvel films to star in), but they might not be the same after. And so you think back on this film, with all the light moments, the way Cap and Iron Man tease each other, you go back through the previous Captain America and Iron Man and Avenger films and think for a moment about all the time they've spent together, all the begrudging respect they share, all the times they've annoyed the hell out of each other, and then you take in what's happening on the screen and think, man, this is genuinely sad.

Now that's an emotion you don't expect having while watching a film that's going to gross a billion dollars, but there it is.