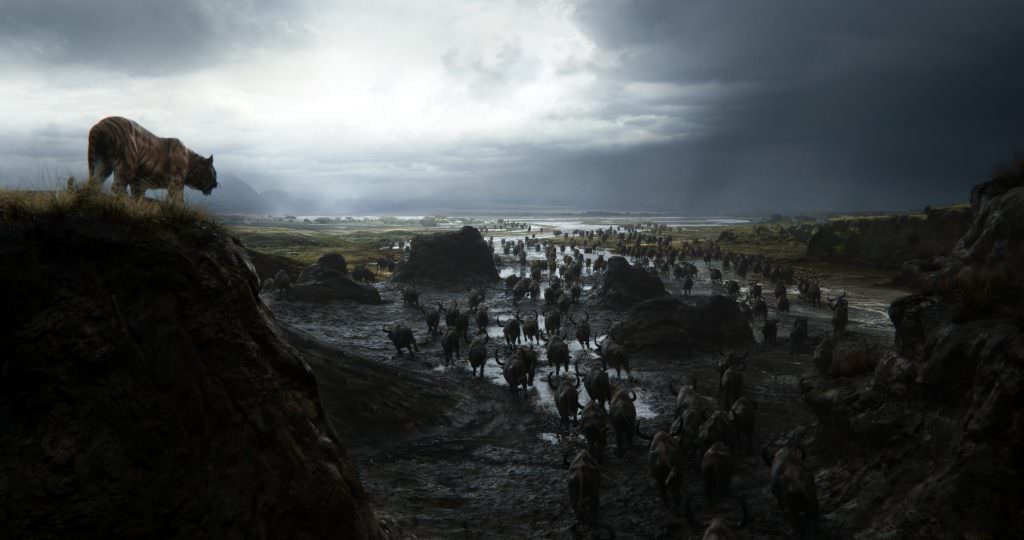 The early reviews are in for The Jungle Book, and Jon Favreau's retelling of the Disney classic is currently enjoying a 100% fresh rating on RottenTomatoes.com. As we've been covering the character featurettes, extended IMAX trailers and behind-the-scene teasers, we kept coming back to the same thing; man this films look beautiful. The blend of live-action and photoreal animation, put to such fantastic use in 2012's Life of Pi, is used here not just to animate a single, glorious tiger (although The Jungle Book's got one of those), but an entire animal kingdom. So far, the early reviews from venerable critics like The Hollywood Reporter's Todd McCarthy and The Wrap's Alonso Duralde suggest our intuition was correct; The Jungle Book is a visual feast.

Duralde writes that "the visual trickery satisfies both the eyes and the emotions," and that "director Jon Favreau and a team of effects wizards plunge us into one of the big screen’s most engrossing artificial worlds since Avatar. (Not to mention the most convincing conversational creatures since Babe.)" Meanwhile, McCarthy writes that "The beguilingly credible CGI rendering of real-life animals takes its biggest leap forward since Life of Pi in Disney's new telling of The Jungle Book." But perhaps Variety's Andrew Barker says it best: "Of all of the impressive details to appear on screen in Disney’s live-action adaptation of “The Jungle Book,” none is more startling than a title card at the close of the end credits reading: “Filmed in Downtown Los Angeles.” So immersively does the film’s visual-effects team craft every tree, waterfall and flower of Rudyard Kipling’s fantastical subcontinental setting, and so carefully are the talking CGI animals rendered, it almost beggars belief that the whole thing was shot in a 12-story building overlooking the 110 freeway."