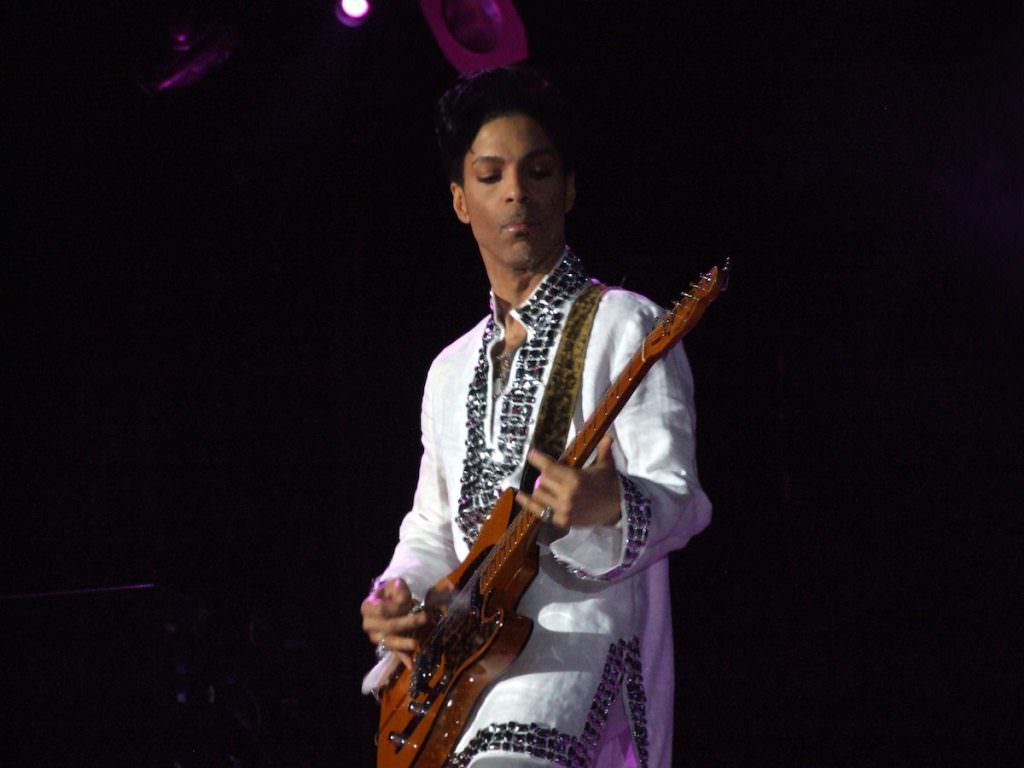 By now you know that Prince, inarguably one of the most talented, singular musicians of his (or any other) generation, died on Thursday at his home, Paisley Park, in Chanhassen, Minnesota. He was 57. The cause of his death is unknown at this time.

The incredibly prolific singer, songwriter, showman, and producer was a musical polymath that had mastered the guitar, keyboards and drums, and who bent rock, R&B, funk and pop to his will. He was a musical prodigy, a sex symbol, and a powerhouse in an industry he defined for decades, a man who controlled all facets of the production of his music long before that was de rigueur for musicians. He was one of those rare talents that manage to always be way out of ahead of their place and time and seem to be attuned to the sounds we'll want to hear next. He was one of the best performers of all time. The last 24-hours has seen an outpouring of grief and shock from fans and fellow musicians alike. His reach and influence is profound.

For a reminder of just how good Prince was, there's a moment being shared all around the world right now that captures his virtuosity, showmanship, and passion for music—his performance during a tribute to George Harrison at the 2004 Rock & Roll Hall of Fame. Prepare to get the chills when you watch Prince's guitar solo during “While My Guitar Gently Weeps.”

Want more? How about this performance of "I Wanna Be Your Lover" at the Capitol Theater in Passaic, New Jersey from 1982.

Prince is a seven-time Grammy winner, and his hits are a soundtrack of adolescence for millions of Americans:  “Little Red Corvette,” “When Doves Cry,” “Let’s Go Crazy,” "Purple Rain," “Kiss” and “The Most Beautiful Girl in the World.” For people who grew up on these songs, they were far more complex and sexual than we were at the time, yet they were irresistible, and spoke to some part of life we hadn't yet arrived at but could imagine doing so to his music. Before we were old enough to party, we desperately wanted to party like it was 1999.

He wrote massive hits for others, too, like Sinead O'Connor's "Nothing Compares 2 U," Stevie Nicks' "Stand Back," Chaka Khan's "I Feel For You," and The Bangles "Manic Monday." And then of course there's the fictionalized version of his life he put on film, Purple Rain, which told the story of The Kid (Prince), a biracial, immensely gifted young musician with a seething ambition to lift himself out of his brutal home life and to win the girl of his dreams, Apollonia. The film included some of his most beloved hits, from "I Would Die 4 U" to the title song, and won him an Academy Award for Best Music, Original Song Score.

Prince's impact on music and culture was colossal. Like David Bowie, who passed away only this past January 10th, there will never (ever) be another like him. He released 39 albums, many of them classics. There is a trove of unreleased music that Prince referred to as "The Vault," that likely includes yet more masterpieces. He's been a touchstone for so long it's hard to reconcile he was only 57 when he passed away. His music has influenced the broader culture to such an extent that he's been the focus of Tipper Gore's ire, decades ago. The New York Times recalls that the song "Darling Nikki," from the album "Purple Rain" refers to masturbation, and when Tipper Gore, the wife of then United States senator Al Gore, heard her daughter listening to it, she went onto help form the Parents’ Music Resource Center, "which eventually pressured record companies into labeling albums to warn of 'explicit content.'"

Prince has been a taste maker, icon and lightning rod for so long it'll take a while to process his accomplishments, his life, and his legacy. We suggest you read some of the great pieces about him that are already out there (and of course, there's his music that will likely be playing in millions of homes, bars, clubs, cars and more) to get you started. There's this piece in New York by Bill Wyman on how he might be the most multitalented artists of all time. There's this piece by Ben Sisario in the New York Times on how for Prince, the key was control. There's Sarah Larson's piece in The New Yorker on the effect of seeing him live and dancing to his music. There's Christina Cauterucci's piece in Slate on how Prince led the way to our gender fluid present. There's Rob Sheffield's piece in Rolling Stone about how musically, no one could come anywhere near him. There are his obits in Rolling Stone and The New York Times to get a more complete picture of his legendary career.

And here's one more, for the road:

Featured image: Prince at the Coachella Festival in 2008. Creative Commons.