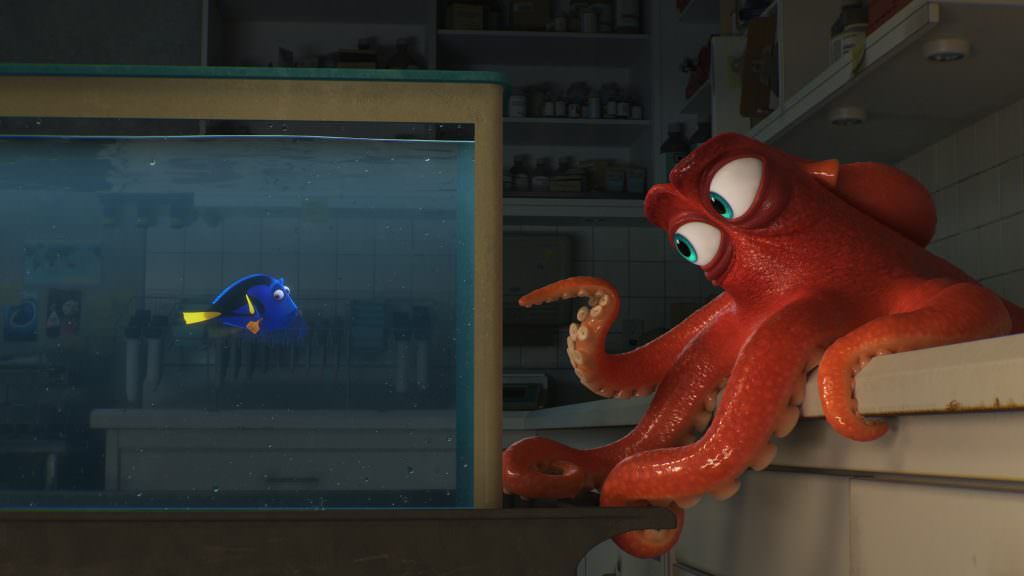 We already knew Pixar films have been talking to one another, so to speak, over the years. The animation studio has been hiding Easter eggs like the Luxo Ball, the Pizza Planet Truck and A113 (which is a nod to the animation classroom at CalArts where several Pixar filmmakers went) in one film after another, creating a Pixar Universe. Today, the studio revealed that particular character has been in every single Pixar film since 1995's Toy Story.  Yup, we're talking about Hank (voiced by Ed O'Neill), the octopus (really a septopus—he's missing a tentacle) from Finding Nemo and the upcoming Finding Dory—he's been hiding in plain sight (sort of) since the very beginning. That's a two decade long secret, folks.

“Hank started off as a bit of an inside joke between those of us who were here at Pixar in the very beginning,“ said Finding Dory director Andrew Stanton in the press release. “But since then, finding a place for him in our films has become part of our culture, and I’m glad we finally get to introduce him properly to fans."

Here's a video Stanton and the Pixar gang just released to celebrate this reveal, on April Fool's day, no less. Enjoy:

And here's the Pizza Planet Truck's many appearances: