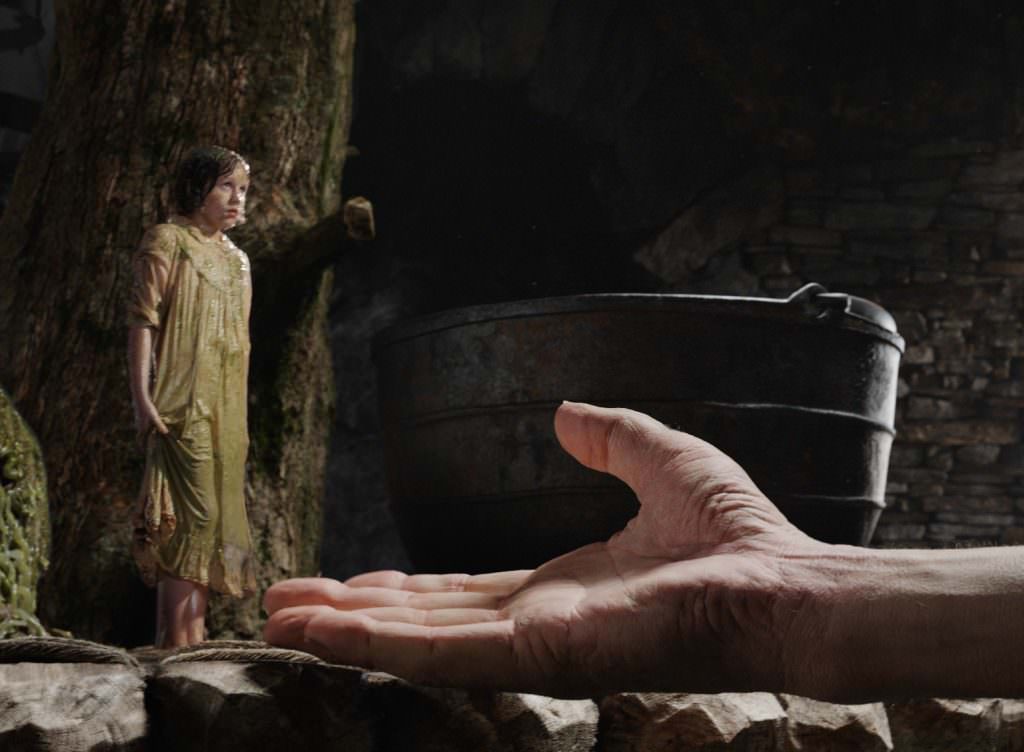 The Latest Trailer for Steven Spielberg’s The BFG is here

The latest trailer for Steven Spielberg's The BFG is here, with never-before-seen footage of the eponymous Big Friendly Giant. Spielberg's film is based on the best-selling book by Roald Dahl, and appears to be one of those potentially perfect marriages between source material and filmmaker. A beloved book about a child abducted by a giant and taken to a world of danger, magic and whimsy adapted by the man behind E.T., Close Encounters of the Third King, and…well, it's Steven Spielberg, so you get the point.

The trailer gives us plenty of reason to get excited, with images that speak to Spielberg's uncanny way with indelible images, especially when those images are from the POV of a child transported into a wondrous, strange and scary world. The gentle introduction of the BGF in this trailer is gorgeous, as are a lot of the little details embedded throughout the frame. The light in Sophie's (Ruby Barnhill) room, the brilliant way the BFG (Mark Rylance, fresh off an Academy Award for his performance in Spielberg's Bridge of Spies) cups a street lamp in his massive hand to snuff the light and hide in the shadows, the topsy turvy view from inside the BFG's hand as he carries Sophie off. This stuff looks really great.

The BFG is, as his moniker suggests, benevolent, but many of his fellow colossi are not. Thus, the journey that the BFG and Sophie go on is fraught, which is how it must be. And the BFG isn't even that big, compared to his fellow giants like Bloodbottler (Bill Hader) and Fleshlumpeater (Jemaine Clement), who are "twice as big and at least twice as scary and have been known to eat humans," as the film's boilerplate reads.

The BFG hits theaters on July 1.

Boilerplate: Upon her arrival in Giant Country, Sophie, a precocious 10-year-old girl from London, is initially frightened of the mysterious giant who has brought her to his cave, but soon comes to realize that the BFG is actually quite gentle and charming, and, having never met a giant before, has many questions. The BFG brings Sophie to Dream Country where he collects dreams and sends them to children, teaching her all about the magic and mystery of dreams. Having both been on their own in the world up until now, their affection for one another quickly grows, but Sophie’s presence in Giant Country has attracted the unwanted attention of the other giants, who have become increasingly more bothersome. Sophie and the BFG soon depart for London to see the Queen (Penelope Wilton) and warn her of the precarious giant situation, but they must first convince the Queen and her maid, Mary (Rebecca Hall), that giants do indeed exist. Together, they come up with a plan to get rid of the giants once and for all.