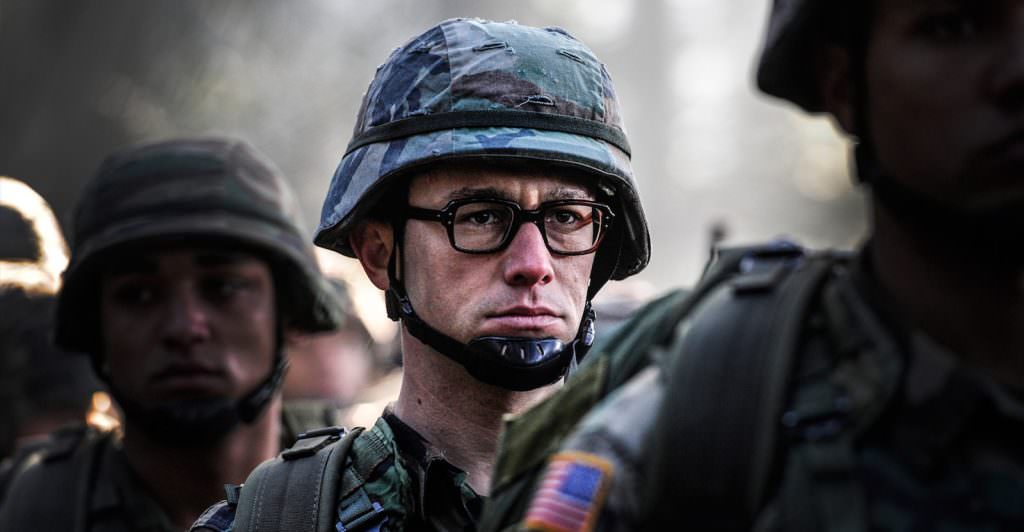 The First Trailer for Oliver Stone’s Snowden is Here

Far be it for Oliver Stone to wade into political intrigue and controversy for a film. Sarcasm aside, Stone wrote and directed this feature about the world's most famous whistler blower, or traitor, depending upon your politics. Snowden stars Joseph Gordon-Levitt as the former NSA employee turned wanted criminal, and is based on journalist Luke Harding's book "The Snowden Files: The Inside Story of the World’s Most Wanted Man," which detailed Harding's investigations for The Guardian into the Snowden's astonishing disclosures about the NSA's extensive surveillance of regular citizens.

If you haven't seen Laura Poitra's Snowden documentary Citizenfour (and we highly recommend you do—and you can read our interview with that film's editor), you may be surprised to learn just how much Snowden's life right after his disclosure really did play out like an espionage thriller or a John le Carré novel. What Poitras's doc also managed to do, for those whose views hadn't hardened one way or another, was to show you that Snowden is, in fact, a person, one who genuinely believed he was acting for the greater good. It's heady material, and Snowden is a lightning rod, which is just about the perfect material for writer/director Oliver Stone.

The trailer gives you the details of Snowden’s brief career in the military and his employment with both the CIA and the NSA, where he went from a small cog in an expansive surveillance machine to the 21st century's most notorious former employee. It looks intense, as it should be, and perhaps will continue push Americans to think about Snowden less like a remorseless criminal and traitor and more as a young man with specific, deeply-felt reasons for doing what he did, whether you agree with them or not.