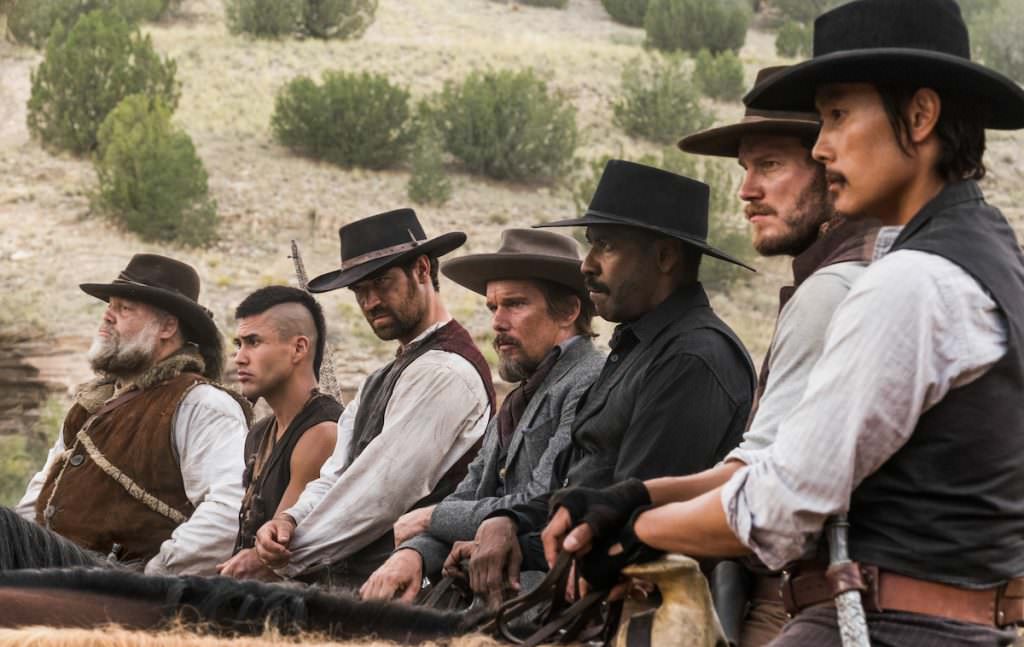 The First Trailer for The Magnificent Seven is Explosive

Director Antoine Fuqua (Training Day, Southpaw ) re-teams with Denzel Washington in this remake of the classic 1960 oater of the same name that itself is a Western remake of Akira Kurosawa's masterpiece The Seven Samurai. The story is gloriously simple—seven gunslingers are hired to defend a village from bandits. Done. Washington is joined by Chris Pratt, Matt Bomer, Haley Bennett, Peter Sarsgaard, Vincent D'Onofrio, Sean Bridgers, Vinnie Jones, and Ethan Hawke. With not one but two great films to live up to, Fuqua and his stars are taking on a mighty challenge, but if the first trailer is any indication, we might be looking at an early fall smash. Fuqua knows action, and this cast, led by Washington and Pratt, leave little more to be desired.

Let's give you some particulars before you enjoy this ripping trailer. Your heavy is industrialist Bartholomew Bogue (Peter Sarsgaard), the man who is terrifying the townspeople of Rose Creek. Your Magnificent Seven are a collection of outlaws, bounty hunters, gamblers and guns for hire, and they're rounded up by Sam Chisolm (Denzel Washington). You've got Josh Farraday (Chris Pratt), Goodnight Robicheaux (Ethan Hawke), Jack Horne (Vincent D’Onofrio), Billy Rocks (Byung-Hun Lee), Vasquez (Manuel Garcia-Rulfo), and Red Harvest (Martin Sensmeier). Each has a particular skill set, and all of them seem to be enjoying themselves immensely.

The Magnificent Seven opens on September 23.