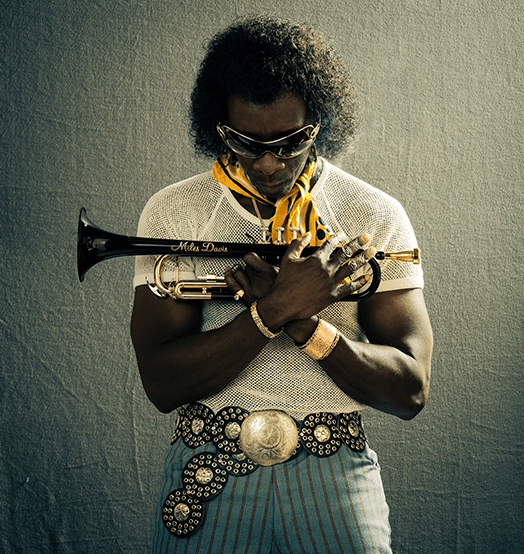 Don Cheadle on Co-Writing, Directing & Starring in Miles Ahead

Don Cheadle co-wrote, directed, and stars in Miles Ahead, an impressionistic riff on the life of iconic musician Miles Davis. Cheadle was determined not to make a traditional, chronological story. “I wanted to make a movie that Miles Davis would want to star in. Much more than something that you could just read in an autobiography or you could read or see in a documentary that made sure to check all the important boxes. I wanted it to feel improvisational; I wanted to feel experiential and innovative and to feel like a composition. In our framing scenes, when you have someone trying to define Miles Davis, he says, ‘You ain’t Walter Cronkite. I’m going to define me.’ And he puts his horns to his mouth and plays. It’s got to feel like that. I’m glad the family was on board. I said to his son Aaron, ‘Do you think you would want one of those kinds of movies that he's been on record of saying he didn't like or you think you'd want a movie like this where he feels like he's kind of gangster and wild, Don Cheadle is Miles Davis as Miles Davis.’He said, ‘Yes I want to do that one.’”

Cheadle said that as a director, he saw the actors and production staff the way Davis saw the musicians who played with him. “My biggest take away from the directors I’ve had is to be sure to cast well and hire the crew well and let them do the thing that you've cast them or hired them to do. To be collaborative and to be permeable and allow things in. And I think it's great because it's very much the same thing like Miles Davis did: he cast well. And he didn't try to micromanage everybody's performance.  Herbie Hancock said one of the first gigs he ever had with Miles, he was sitting down at the piano and looking at Miles. He didn't know what he was supposed to play. Miles is like ‘Play piano! That's what you're here for, that's why I hired you. Do it.’ And especially with all the different hats that I was wearing, it was incredibly necessary for me to allow my co-actors to really bring the best of themselves. Best answer wins on my set, best answer wins.” 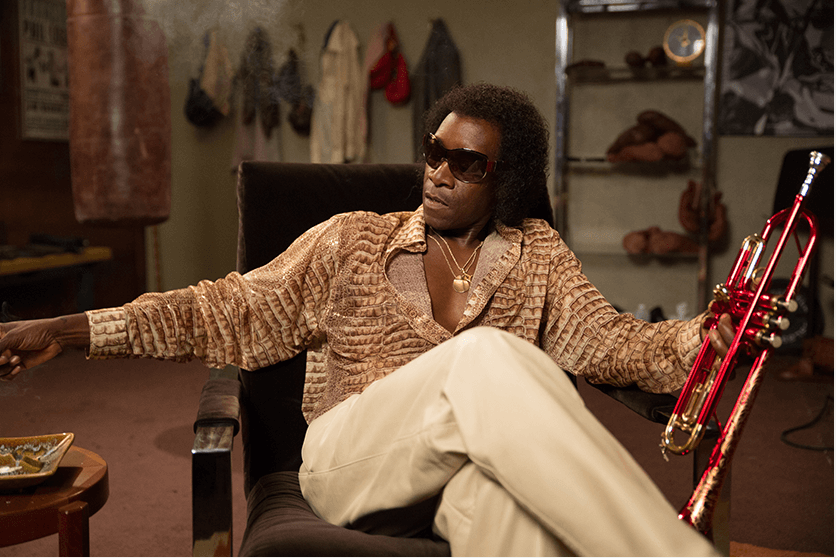 Most of the film takes place in just a few days as a (fictional) Rolling Stone reporter played by Ewan McGregor tries to find out what is going on with Davis, during the five year period when he was not recording. We see Davis think back on his wife, Frances, played by Emayatzy Corinealdi, and we see an unscrupulous producer try to steal a master tape of unreleased music. Cheadle spoke about the connection between the woman and the music.

“For me, the bifurcated nature of the way the story is designed is that Frances in many ways is that lost tape incarnated. She is that which he is trying to find again. How does this artist, who has been so prolific for so many years and so vocal in a way through his horn, how does he just go silent and shut it down? And what's going on inside there when you are silent? Are you going to come back? And when you do come back what is it going to be? Are you just going to just fade away or are you going to come back strong? Or are you going to come back and it's going to be like, okay you should you have stayed out. So a lot of what we were trying to do with the script was externalize an internal process. And that's kind of our jumping off point, this period of time when nothing externally was happening except a lot of things that didn't have anything to do with music.  Miles said he didn't know if he was going to come out of this period. And it's not like you put down your horn and go, ‘I'm not going to play for five years.’ One day becomes four days, becomes a week, becomes a month, three months, eight months and then it's a year and then you realize looking back, ‘Wow, I have not touched this thing and what do I have to say? I don't know what I have to say.’ At that point he had said so much musically and changed music three or four times, what do you say now?"

The movie portrays the conflict that always exists between an artist and the business that makes it possible for his work to be appreciated. “You are not just producing music in a closet for yourself. Once you say, ‘Okay they going to be the vehicle which gets me to this place and gets all this stuff out there,’ and then when that thing comes back and says, ‘Now you or me,‘ it's a tricky dance.”