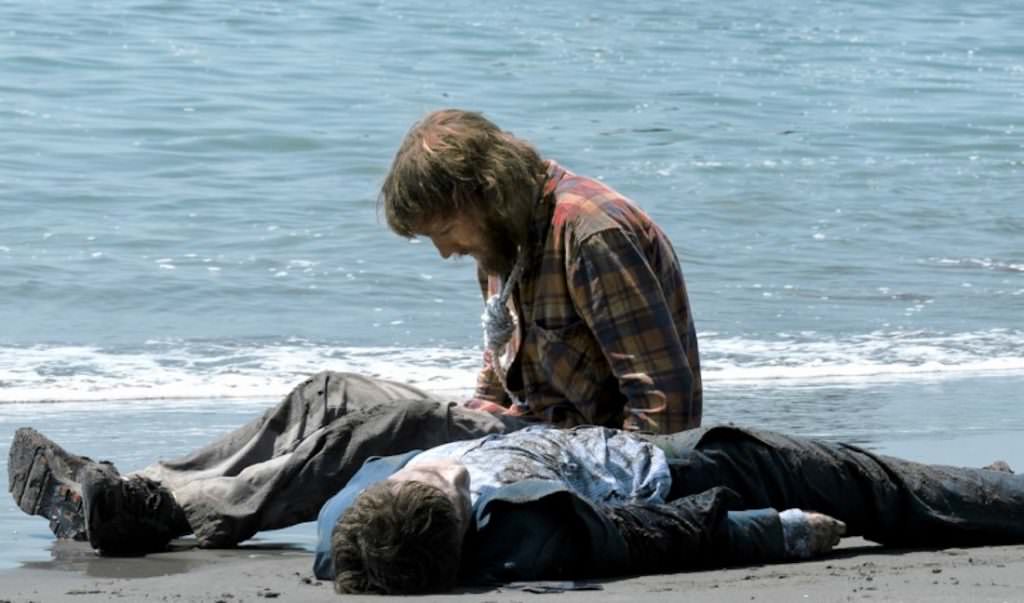 Well, the trailer for Swiss Army Man, the oddball Sundance sensation from writer/directors Dan Kwan and Daniel Scheinert has finally arrived, and it's promising. The film's premise is utterly absurd; it's a buddy dramedy about Hank (Paul Dano), a man stranded on an island and just about ready to give up when the dead body of Manny (Daniel Radcliffe) washes ashore and comes to be his best hope for survival. A24 grabbed the film (this is the same studio that released Ex Machina, The Witch and the upcoming Green Room—they've got good taste) after its Sundance debut.

You might have heard already about Radcliffe's flatulent corpse, but what lots of people have said about this film is that's sneakily moving and wittily constructed. If this trailer is any indication, it looks like an odd but affecting film, made by two original filmmakers and starring two actors who have not shied away from difficult, intriguing material.

Featured image: Paul Dano is Hank and Daniel Radcliffe is the corpse Manny in Swiss Army Man. Courtesy A24.

Palpatine was a Clone According to The Rise of Skywalker Novelization