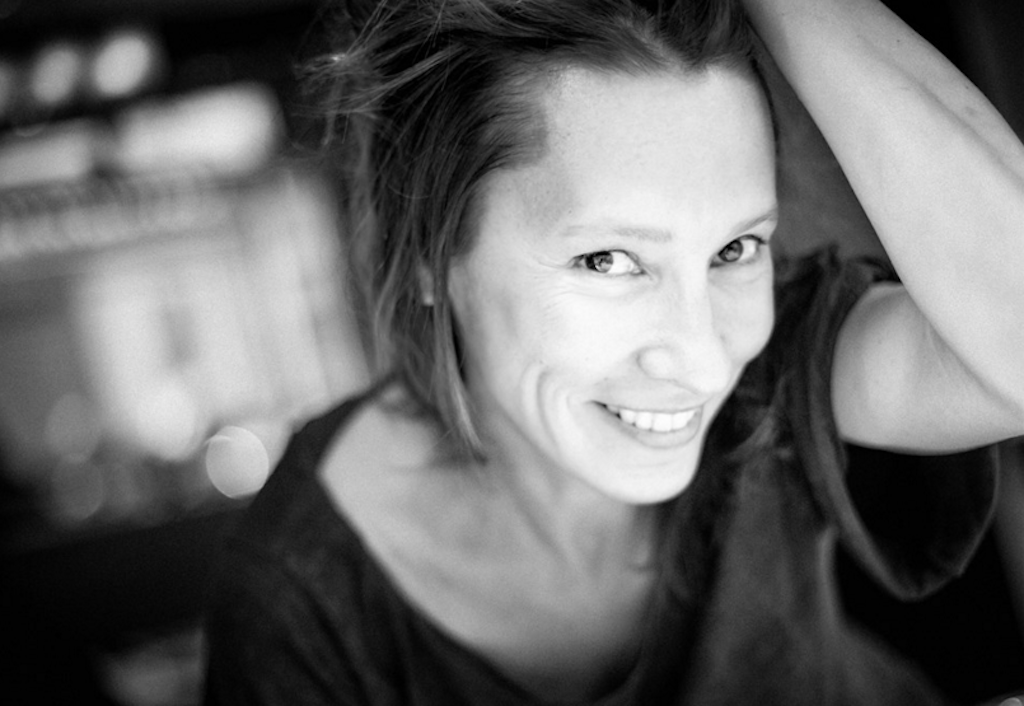 Bercot says that as an actress and a viewer, she “loves all kinds of films. But the kind of films I’m interested in making are social issues films.” These include, notably, 2011’s Polisse, a drama centered on the Child Protection Unit of the Paris Police, which Bercot cowrote with Maïwenn, who directed and starred in the film (Bercot also had a supporting role).

Bercot’s latest effort behind the camera is another slice of social realism. Standing Tall, which opens April 1, stars French cinema icon Catherine Deneuve as the no-nonsense, world-weary juvenile court judge Florence Blaque. The film follows her relationship with Malony, (newcomer Rod Paradot) who is just six when she first meets him and who is in and out of her office until he leaves the system at 18. Blaque at turns lectures, intervenes, sentences and serves as a staunch mother figure to the often violent and sullen Malony over the years as the film offers an unsentimental look at the public servants who must grapple with neglected, troubled children day after day. 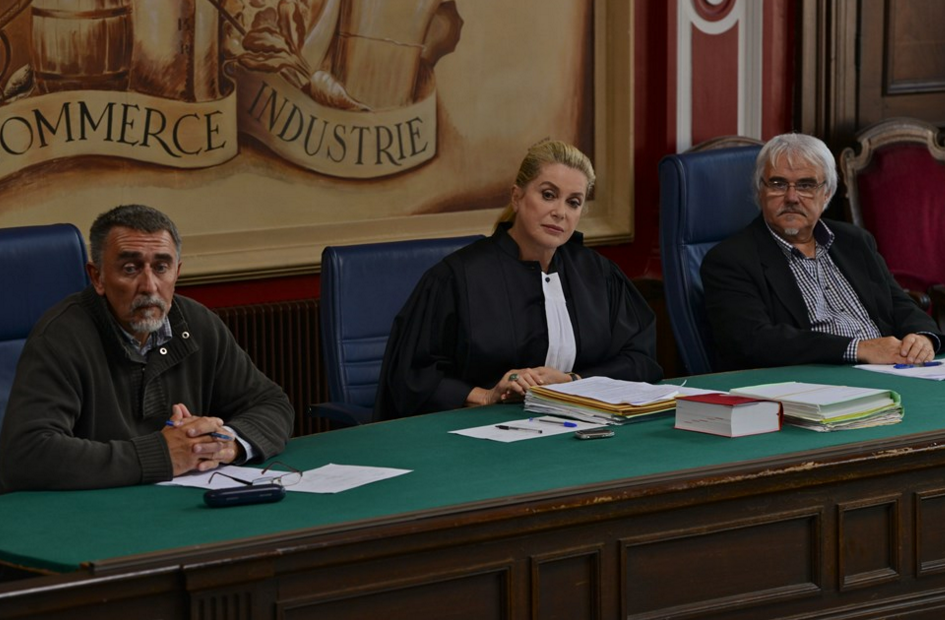 Standing Tall has been compared with the work of Two Days, One Night directors Jean-Pierre and Luc Dardenne (it’s also echoes Short Term 12 and Precious in its depiction of the lives of well-intentioned, much-maligned social workers). Bercot readily acknowledges the Dardennes’ influence but says her inspiration comes mostly from the gritty films of British filmmaker Ken Loach. “He is my favorite,” she says citing Loach’s landmark Kes (1969) in particular.

Loach worked with a nonprofessional, David Bradley, who delivered a legendary performance as 15 year-old Billy Casper who finds a reprieve from his dead end future in the coal mines of Yorkshire by training a wild kestrel. Similarly, Bercot found an untrained actor, to play her troubled teen Malony. 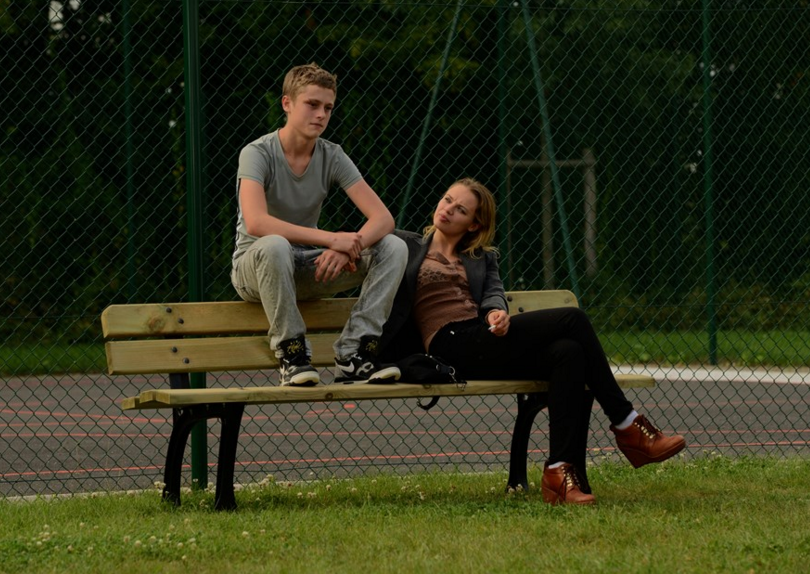 “I’ve worked with a lot of non-actors; most of my films with adolescents were [cast] with non-actors and about half the adult roles were nonprofessionals. I like that,” Bercot says. “Rod in real life is far removed from the character. So it was a lot of hard work, a lot of blood, sweat and tears. I had to really push him to get the kind of performance I wanted.”

Bercot, who wrote the screenplay with Marcia Romano, did not shy from making Malony, with his sullen demeanor and fits of rage, an often infuriating and unsympathetic character. Equally unsparing is the depiction of Malony’s irresponsible young mother, played by Sara Forestier.

“One of the challenges in making the film is that when you first see Malony as an adult, he isn’t sympathetic; he causes fear in people. It was important to include the first scene which shows him as a child unprotected by his mother because that allows the audience to form an attachment to him,” says Bercot.

She says her jarring portrait of Malony’s mother, who leaves her son in the judge’s office and, over the years, drifts in and out of his life, was “not an exaggeration.” “She is better than many of he mothers I saw in the judges’ offices I visited [during research]. One of the things I wanted to get across is that while she may be detestable, I did not want people to judge her. Maybe she’s the way she is because when she was a child she wasn’t protected or educated. … She loves her son but she loves him very badly because she never learned how to love him in an appropriate way.”

Bercot’s interest in making films that address social issues, she says, goes back to her portrait of a working mother in her  first short film Les Vacances (1997). Standing Tall “gave me the opportunity to go back to my origins as a filmmaker. Also, I have a specific memory from when I was about 8 years- old and I had uncle who was a counselor at an institution very much like the one you see in the film,” she says. “I remember spending the day with him at a camp for delinquent kids. I was 8 and they were 13 and I got the feeling that they’d been abandoned. I also remember being impressed by the counselors and the teachers who were working with them. It’s a memory that has stayed with me for a very long time.”

Walking Tall is Bercot’s second collaboration with Deneuve, who starred in Bercot’s 2013 film On My Way.

“I was eager to work with her again so I wrote this part [in Standing Tall] with her in mind. We are close in real life and on set we have an easy relationship because we understand each other. We never have big discussions about the psychology of the character because it not necessary for us to do that,” says Bercot. To prepare, Deneuve, says Bercot, visited judges’ offices “to see how they work and make her performance more credible.”

American viewers of the film might be surprised to see how the juvenile justice system works in France. Offenders are sent to learn trades and are followed closely, often by the same social worker and judge. Bercot says juvenile justice is an integral part of the political and social climate in her country. “Our criminal justice system dates to a 1945 law that dealt with how minors should be treated. We are very lucky in France because this kind of law is something that’s rare and precious to us. Every time there ’s a government in power that’s a right wing government, they try to find ways to make the system more punitive and more repressive rather than as it was designed to do: protect and educate.”

She hopes that viewers around the world will see the universality in themes raised by her film. The cycle of poverty and the lack of education fosters the abuse and neglect of children, she notes, but how should society deal with it?

“I think one of the things the film does is shows audiences that the kind of system we have in France, one that educates and protects, is really the only path by which these kids can get out of that cycle,” says Bercot.